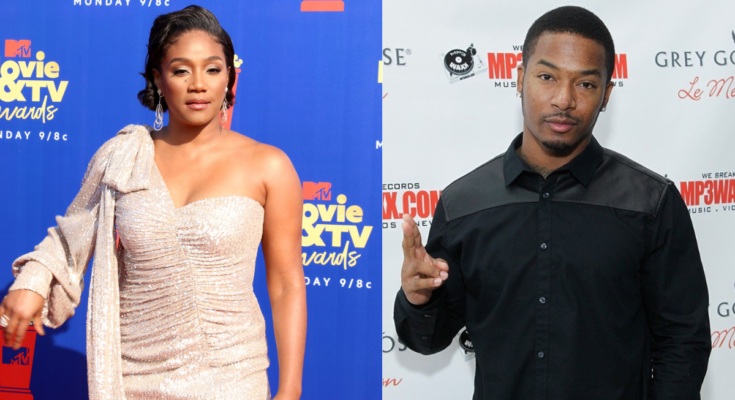 Rapper Chingy has been resurfacing thanks to a series of VladTV interviews. The “Right Thurr” hitmaker is almost two decades removed from the breakthrough single and has been cashing in on the nostalgia with some revealing interviews. The latest revelation is about an encounter he had with a pre-fame, Tiffany Haddish.

Back in 2019, while guest-hosting Ellen, Tiffany opened up about her encounter with the St. Louis rapper in the early ’00s. Ellen had inquired about any hookups that Tiffany Haddish may have had “that the world doesn’t know about.” She responded that she had a one-night stand with Chingy before joking, “I don’t even know if that counts anymore.” The comedian laughed it off, but that wouldn’t be the end of this topic.

Chingy eventually got wind of the story and took to his Instagram to claim it was not him that hooked up with Haddish and that it was actually his brother. He dismissed Haddish’s story and claimed that she was actually very acquainted with his brother and had been hanging out with him frequently, despite actually having her eye on Chingy. “She used to hook up with my brother, not me, but she liked me,” he declared before saying, “if we gone be honest, let’s be honest.”

Haddish fired back, letting Chingy know that her memory was, in fact, very good. She recalled meeting him and then being intimate two months later. Haddish said he left her unsatisfied because he claimed he was “sleepy.” She made sure to remind me of the hotel and everything. Haddish says that Chingy got her friend pregnant, so she backed off, hooking up with his brother a few months later. “Boy, I been talking about hooking up with you for years, why are you just now denying it?” she said before threatening to pull out “all the skeletons.”

In his latest VladTV interview, Chingy opened up about the hookup and why things got confusing. “Imma tell you what happened. I did not remember that at all. My brother had to tell me that that had happened. He said we all were drunk, high. Tiffany was a friend of ours. She used to hang with my DJ. I didn’t know her like that.” He goes on to say Tiffany was cool and is still cool, but he just did not remember them linking up. His brother refreshed his memory, letting him know that Tiffany was all on him, but he didn’t recall how it escalated.

Chingy says at that time in his life, he used to get really drunk, so his memory was not the best. When Tiffany began telling the story in the media, he immediately denied it because he didn’t remember. Chingy says he believes his brother because he knows his brother would not lie. “In my mind, because I didn’t remember, I thought she was lying on me. If my brother didn’t tell me that it happened, I don’t remember.”

Vlad wonders if Chingy denying it had anything to do with his history of people lying about relationships with him, namely trans actress Sidney Starr. Chingy maintains that it was more about him just not remembering the evening with Haddish.