50 CENT RESPONDS TO HIS ESTRANGED SON’S REQUEST FOR FATHER-SON MEET UP: ‘YOU DON’T CALL TMZ’ 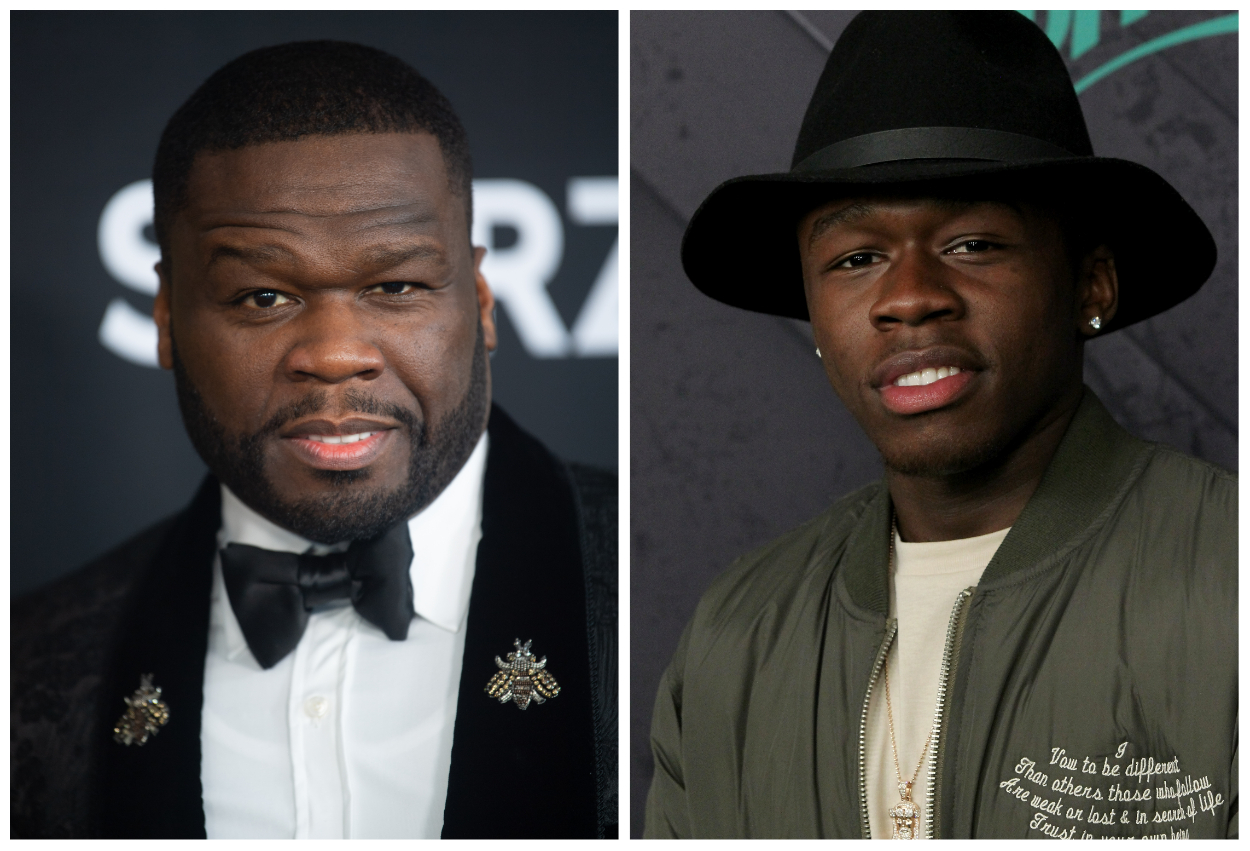 50 Cent is responding to his son Marquise Jackson’s social media call for a truce on their yearslong family feud and believes his eldest son “doesn’t” really want to reconnect.

The hip hop mogul appeared on The Breakfast Club on Wednesday to speak openly about ending his relationship with Starz, his new music and partnerships, and the trending attention on his scarred relationship with his son.

When Charlamagne asked 50 about sitting down with his son Marquise to squash their beef, the Power Universe producer said, “No he doesn’t.”

“SEE, CHARLAMAGNE, YOU WOULD CALL ME. YOU DON’T CALL TMZ TO SAY YOU WANT TO SIT DOWN,” 50 EXPLAINED.

“Think about it, man. You know, he wants some attention, and it’s okay he can have as much of that as he wants,” he added.

The Get Rich or Die Tryin rapper explained why he thinks Marquise has been “trained” by his mother to believe that 50 has been a poor father “for a long time.”

“You don’t just wake up and say, ‘Oh well I don’t believe what I’ve been believing forever,’” he continued.

“WHEN I SAID THAT HE’S ENTITLED, REALLY IT’S HIS MOM’S ENTITLEMENT BUT IT’S BEEN FILTERED.”

Referencing the child support 50 paid for his son that was decreased following a court battle with his ex Shaniqua Tompkins, the rapper explained why things went sour.

“This is why I took out child support. You don’t usually sign up for child support, like, I took myself to child support,” 50 continued. “Because she wasn’t understanding that I’m already giving you more than you’re supposed to get.”

50 noted how he doesn’t feel the “pressure or resentment that men feel with child support,” because he enjoys taking care of his children “when the problems happen.”

The rapper/actor agreed with Angela Yee’s comparison between his son, who turned 26 this month, and that of Power Book III: Raising Kanan.

“IT’S REALLY LIKE HIM, THE KID HAS BEEN SHELTERED,” 50 SAID OF HIS SON.

“If you mailed someone a million dollars, right, and [they] have zero respect for you, how much you think you got to give them before they have a little bit?”

50’s latest comments come after Marquise offered his father $6,700 to spend time with him. The amount was the same amount Marquise said wasn’t enough but was what his famous father paid in child support.

After 50 made a mockery of his son’s comments in a video, Marquise spoke with TMZ and said he wants to “restore the situation.”