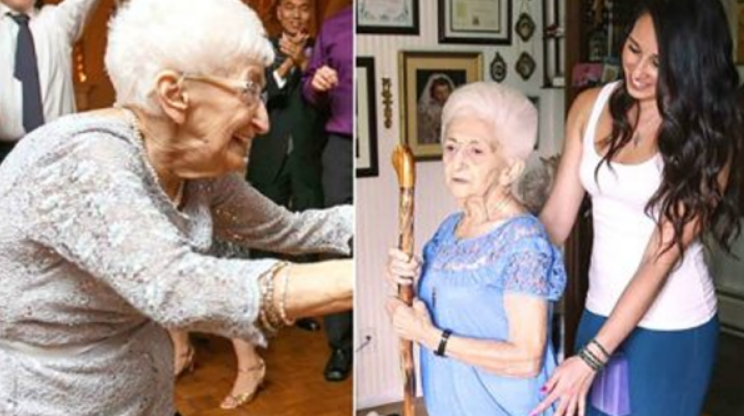 Who says you can’t be anyone’s ‘Fitspiration’ in your 80s? Take it from Anna Pesce, the 86-year-old native of Orangeburg, New York who suffered from a severe scoliosis for decades leaving her spine curved or hunched over. She had already been wheelchair-bound and doctors said she will remain so, until she turned her life around through yoga.

Anna had been a patient of kyphosis, a condition that left her in an extremely painful hunchback position, due to scoliosis and osteoporosis.

There are millions of people who are affected by scoliosis throughout the world but what causes it is unclear. There isn’t one particular treatment for it either. Anna herself had been disappointed, over the years, by everything that she tried to do to soothe her ailment.

This is where yoga came to her rescue, with wonderful results and dramatic improvement. There is an additional sense of awe here, as she began dedicating herself to yoga at 86 years old.

Pesce was guided by Rachel Jesien, a fellow scoliosis victim and spinal expert. Rachel herself had discovered spine restoration yoga after a series of disappointments she had faced with physical therapy and had also had to wear a back brace for no less than five years.

Anna and Rachel made a pact and met once a week to engage in practising back restoration yoga and amazing things followed. Pesce started walking in a month and was able to do yoga on her own in two.

“I feel wonderful now because I can drive by myself and do the things I wasn’t able to do before”, says Anna, strongly recommending this to everyone who is suffering.

Within a span of two months, Pesce had come to know her body so well that she knew exactly which pose to do when she felt pain in a particular region, for example, flared hip pain would diligently be followed by the ankle-to-knee-pose.

Today Anna practices yoga on a daily basis, and that too with props and also does pranayama exercises.

Rachel fondly calls Pesce a “strong cookie” and recalls the time before Anna had discovered yoga and used to be highly distressed about her physical condition. She’s a changed woman today, positive and refreshed.

Pesce’s daughter, Rosemary Pitruzzella also says that her mother has become self sufficient and is the happiest she has ever been.

Yoga has come up as one of the most sought after ways of treating all kinds of physical ailments and in some cases, helps prevent them too.

It’s being advised by medical practitioners and health experts all over the world, owing to its miraculous results. Anna herself is living testimony of the fact that yoga can even help control and reverse an almost elusive condition like scoliosis.