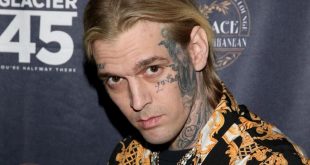 Aaron Carter has died according to a report by TMZ. According to the outlet, the singer, rapper, and reality star was found dead at his home in Lancaster, California. Sources allege that Carter was discovered in his bathtub and that police received a 911 call at 11 a.m. PT Saturday that a “male had drowned.”

Law Enforcement noted that homicide detectives were sent to the scene, but there are no reports of foul play at this time. TMZ adds that it is standard procedure to investigate a death scene.

Carter is the younger brother of Backstreet Boys member Nick Carter and made his own strike at fame with a self-titled album in 1997 at 9 years old. His first album sold a million copies, with his second album tripling the number, according to TMZ.

He was also a staple on Nickelodeon and appeared in a few acting roles, including a role in Seussical the Broadway musical. As he switched over to focus on his rap career, Carter also made appearances on shows like The Doctors, Celebrity Rehab, and Dancing With the Stars.

Days before his death, Carter had a run in with police over suspicion of DUI while driving his RV. According to The Daily Mail, his girlfriend Melanie Martin called the police while following behind in her vehicle.

According to Page Six, Carter’s history with substance abuse has not been hidden, including his growing mental health issues as he grew older. Back in September, Carter had checked into an “out-patient program” in an effort to regain custody of his 11-month-old son, Prince.

At the time, Carter was hoping to manage his “triggers” to avoid smoking marijuana, while also sticking to a “regimented medication” plan to keep him clean and off “huffing dust.” He infamously appeared on The Doctors to discuss his substance abuse issues during a two-part interview with the now-canceled daytime show. He revealed his bipolar and schizophrenia diagnosis, while also hoisting his large pill lineup.

Fans and onlookers quickly went online to pour their hearts into a tribute for Carter. Rest in peace and best wishes to the family.