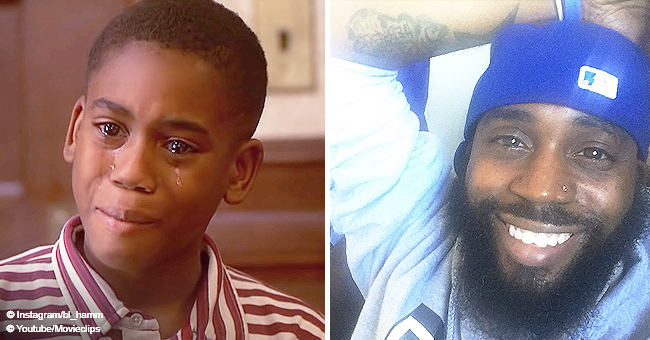 The actor rose to fame after playing the role of Ahmad in the 1997 American drama, “Soul Food.” He was a crucial part of the cast because the viewers watched all through his eyes.

Hammond did an excellent job playing Ahmad, and that remains his most recognized work to date.

While speaking in an interview with Essence, Hammond revealed that even when he thought his “Soul Food” shine was long gone, he still got members of the young generation sending him messages to applaud his work playing the lovable character.

Following “Soul Food,” young Hammond would go on to star in a few more movies like it. He did a terrific job playing Ahmad so much that it seemed to limit the scope of his career. When asked about this, he said:

He could have worked in a TV series out of “Soul Food”
“I would say obviously it’s my most recognizable role. I do get recognized for other things I did. Whenever I see someone, that’s the first thing they say. I think it’s very flattering.”

He went on to disclose that he was once approached to make the award-winning film into a TV series but declined because it would only have gotten him “pigeonholed.” Hammond explained:

“They actually approached me to do Soul Food the TV show, but for whatever reason it didn’t work out. I think that if I had done the show it would have made things a little worse in terms of being pigeonholed.”

His life nowadays
Two decades after playing Ahmad, we find that Hammond. a school film graduate, has grown into full adulthood and is now a certified platinum member of the beard gang.

He littered his Instagram page with numerous photos showing off his bubbly self. It is indeed exciting, as fans of “Soul Food” to find him oh grown!

When it comes to his career in the film industry, Hammond has stuck to working behind the scenes on his projects since his last film appearance in 2002. The celebrity revealed that:

“I’ve done a lot of things behind the scenes — writing and directing. I’ve done a few short films as a writer and director. Right now, my friends and I are creating this TV show idea that I’ve written the script for. We hope to present the idea as a webisode series as a 30-minute half-hour show called The Biz. That’s been my focus now.”

While we would have loved to see more of him on screen, what is most important is that he is happy and we hope he enjoys the best in what he has chosen to do.