Angela Simmons Has A New and He’s A Rapper, A Look At Her Relationship History 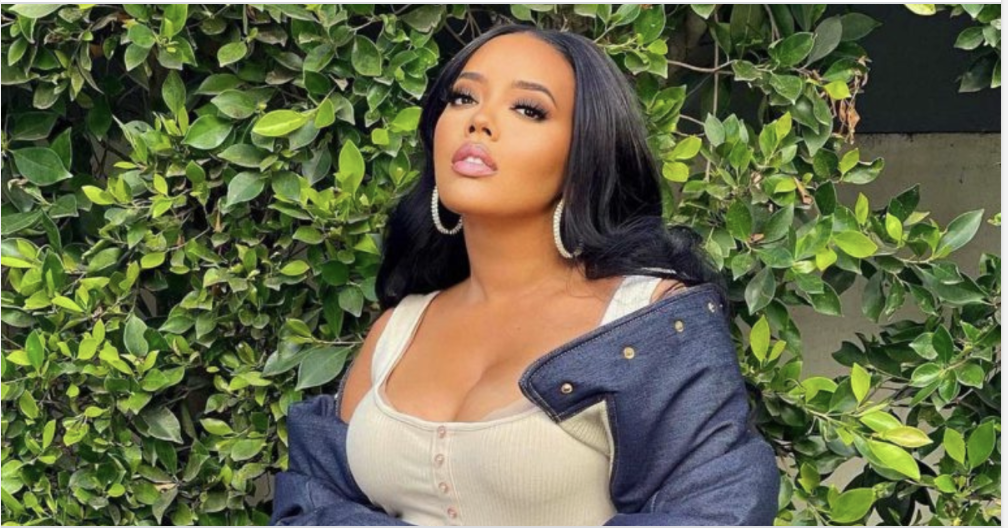 Angela Simmons has been one of the most sought-after women in hip-hop for some time now. The daughter of legendary MC Reverand Run, aka Joseph Simmons, Angela and her siblings grew up before our very eyes on the show Run’s House before venturing off into their individual worlds. For Angela, this has been a lifestyle of high fashion, entrepreneurship, and a handful of rapper boyfriends. Before we get into her new boo, let’s take a look at Angela Simmons’s dating history.

Angela Simmons got her start in the ’00s and quickly became a poster child for hip-hop teens of the era. Naturally, this meant that fans would ship with her with all the cool boys of the time, and Angela was involved in a pretty extensive love triangle with Bow Wow and Romeo Miller that went on for decades. She has been friends with both men and was rumored to have dated both of them in 2012. Her and Bow Wow’s union seemed the most serious, as the two spent a lot of time together.

The two reportedly formed a close bond, with Bow Wow at one point suggesting that they should get married if the two of them never find love elsewhere. Eventually, the two would move on to other people but rekindle their fire and friendship during their participation in the series Growing Up Hip-Hop. Romeo Miller would also participate in the show, where they used the trio’s history to drum up drama. Bow Wow and Romeo were the premiere pre-teen rappers of the 106 & Park era and always pitted against each other in their youth.

Angela and Romeo admitted to having lunch back in 2012 but confirmed on GUHH that they’d never dated. However, it was clear there was chemistry, and the two tried on and off to connect. Eventually, Romeo decided he did not like the direction of the show or his relationship with Angela. After trying several times to talk it out, he and his father walked away from GUHH.

Outside of her rapper beaus, Angela has a history with athletes and has been connected to Cam Newton, Serge Ibaka, and Brandon Jennings. It seems things got very serious with her and Khalil Mack of the Los Angeles Charges. They were linked in 2018 after photos of them shopping hit the net. They would eventually separate. Angela’s most significant relationship would be that with her baby’s father, Sutton Tennyson.

The pair began dating in 2015 and welcomed their son Sutton Tennyson Jr. in 2016. An engagement would follow but soon be called off after Simmons claimed that Sutton was abusive. She shared that they split in a lengthy post at the end of 2017, saying, “All of those who are single mothers that are hurting that want to give up, Don’t! Also, don’t stay somewhere that you aren’t valued.” She encouraged women not to settle or be with someone who treated them like less. Unfortunately, she and Sutton would never get to reconcile, after his life was taken last year.

After years of failed romances, it looks like Angela Simmons is finally giving rapper Yo Gotti a chance. Fans of Gotti will recall that he has made his love for her clear over the years, shouting her out in songs and sliding in her DMs. Well, the two both seem to be enjoying each other’s company in Dubai, according to The Shade Room. They both posted similar stories of themselves out in the desert in what appears to be the same vehicle. Could she have found love in the “Rack It Up” hitmaker?

“#PressPlay: Okay! Looks like #AngelaSimmons and #YoGotti were both riding through the Dubai desert! 👀 #IfAtFirstYouDontSucceed,” The ShadeRoom said in their comments section. One fan said “Let me start Manifesting my man cause baby Gotti stayed down till he came up 😭😭😭😭😭😭😭😭😂😂😂😂😂😂.” Fans will recall him shooting his shot at Angela in “Down in the DM.”

Dubai was not the first time they were spotted together, and fans got footage of them hanging out last month for her 35th birthday. Angela can be seen having fun on stage while Gotti sits along the edge of the stage watching his lady. “HE FINALLY FINALLY got him some ang🥺💕” said another fan.

How do you guys feel about this one? Do you think it’s a match?