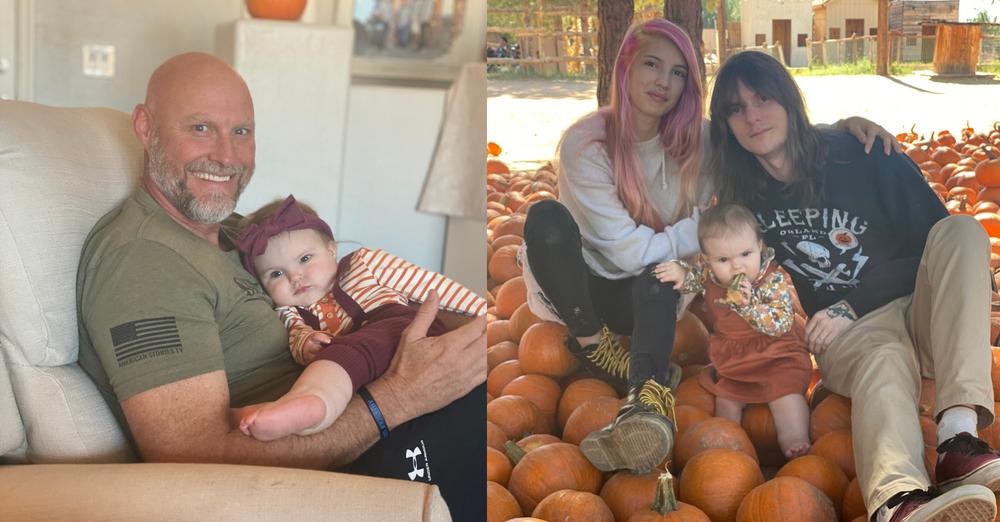 The son and infant grandchild of Pinal County Sheriff Mark Lamb were identified as the victims of Friday’s fatal crash in Gilbert, officials said.

GILBERT, Ariz. — The 22-year-old man and infant killed in a crash on Friday were identified as Cooper Lamb, the son of Pinal County sheriff Mark Lamb and the sheriff’s infant grandchild, the Pinal County Sheriff’s Office confirmed.

Police say a truck was traveling westbound when it T-boned a red passenger car traveling eastbound as it made a left-hand turn to go north on Cole Drive.

When emergency crews arrived, they attempted life-saving measures on the three occupants of the red passenger car.

Police say that 22-year-old Cooper Lamb and an infant passenger were pronounced deceased on the scene. The female driver of the car was taken to the hospital with life-threatening injuries.

“It is with heartfelt sadness to report the identity of the 22-year-old male in yesterday’s fatal collision on Elliot and Cole to be that of Cooper Lamb, Pinal County Sheriff Mark Lamb’s son, and his infant grandchild— both passengers of the vehicle.”

The truck driver was not injured but was arrested for possible impairment, police say.

Jason Vaught was working from home when he heard a loud noise.

“I thought for sure it was a bookshelf that fell over. It was so loud almost the whole block came out to see it. That’s how loud it was,” said Vaught.

“In a matter of minutes, there were about 15 people all surrounding the car. Got the baby out. Got the people out. I saw one of them doing mouth to mouth on the baby, and the other was doing compressions on the passenger until police got there, Vaught added.

Vaught told 12News there was another crash at the same intersection just hours before the deadly crash.

“Just devastating, you see this on the news, but when it happens right in front of your house, it hit home,” said Vaught.

A portion of Elliot Road was closed as police investigated the crash.

*Editorial note* Gilbert police originally identified one of the victims as a teenager but later said the victim was 22 years old.

UPDATE: Elliot Road remains closed in both directions between Kenneth Lane and Recker Road due to a fatal collision where a 22-year-old man and an infant were pronounced deceased. Please continue to avoid the area as the investigation continues, thank you. Gilbert Police Dept. (@GilbertPolice)