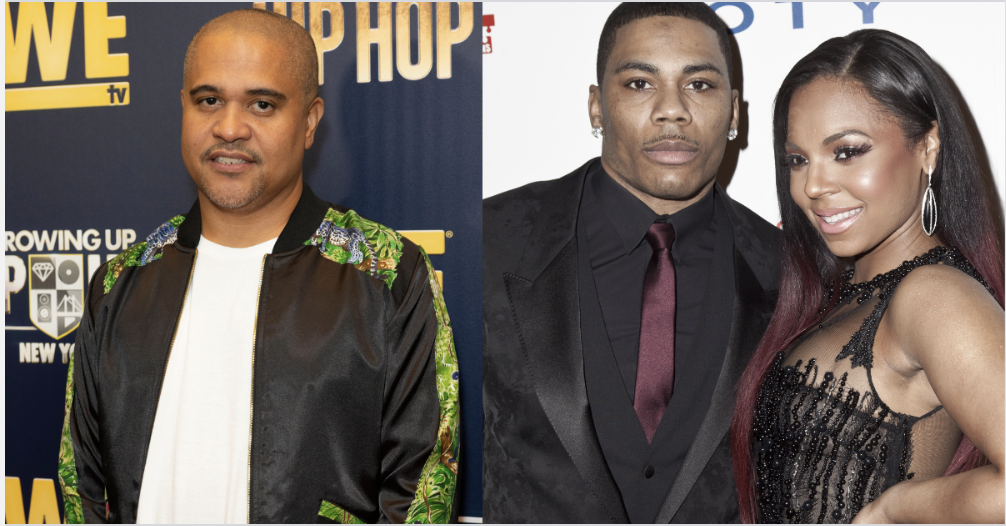 Ashanti is setting the record straight. The “Only You” hitmaker is currently doing promotion for her upcoming single “Fall For You” and is using the opportunity to discuss recent confessions made by her former love and business partner Irv Gotti. Ashanti has been notoriously private throughout her career, with only one real public relationship. Now, she is discussing how Irv Gotti made threats against her ex-boyfriend Nelly when he found out they were together.

According to Irv Gotti’s various interviews, he and Ashanti were an item for quite a while. Despite being married when he signed the singer, Irv says he and Ashanti connected during a period when he and his wife were estranged. This connection inspired such songs as “Happy” and seemed to overlap with the better part of Ashanti’s initial success, including her string of Billboard #1s.

Irv says they dated pretty much up until she went public with rapper Nelly around 2003. Nelly and Ashanti met at a Grammy event where the “Country Grammar” hitmaker asked her for her autograph. Ashanti says it took him a while after that to get her number, but eventually, he did and the two dated quietly for over a decade.During his Drink Champs interview, Irv recalled the moment he found out about Ashanti and Nelly. He claims he was watching a basketball game on ESPN when the announcer mentioned that the R&B/Hip-hop duo were getting cozy in the front row seats.

Irv Gotti was heartbroken and immediately began hating Nelly. During her interview with Angie Martinez, Ashanti shed more light on her time with Irv. She claims that the relationship was very different for both of them, and while Irv has his truth, Ashanti says things for her and not nearly as serious as he recalls. “When [Irv] finally realized that it’s not that, it turned him into a completely different person.”

Irv became malicious towards Ashanti and began stopping her from recording. At one point, he even told her to go sign to Nelly’s label, Dirty Ent, since he no longer wanted her at Murder Inc. Ashanti says that she eventually got away from Irv and learned from the producers that he was spreading lies about her saying she didn’t want to work with them which could not be further from the truth.

Ashanti and Nelly would eventually split, and he would go on to have a long-term relationship with Shantel Jackson. When those two split, rumors began circulating that he and Ashanti could possibly get back together. The timing could not be more perfect because Ashanti and Nelly bumped into each other live on stage several times during Irv’s initial round of rants. Nelly even addressed the Murder Inc CEO at one performance, saying, “Ayo, I got floor seats to the next game, what’s happening?” referring to the now infamous date that exposed them as a couple to Irv.

Elsewhere in her interview, Ashanti admits that Irv got so jealous he made death threats against Nelly. “I don’t know how serious they were because, again, he was trying to personify this person he’s really not.”