Athletes Have A Long History Of Cheating, So Much It Kept Lala Anthony Up At Night 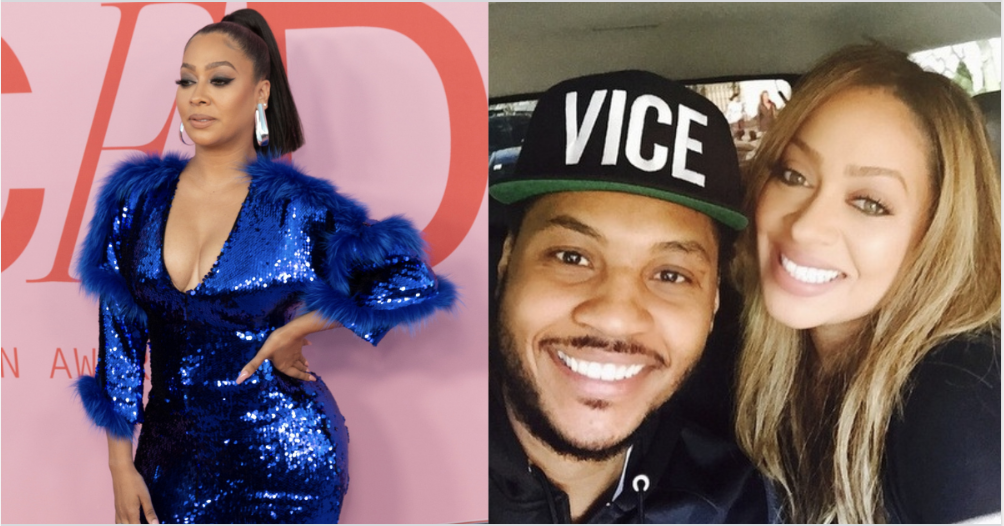 Men in sports get a bad rep, with a lot of proof to back. With the rise in shows like Basketball Wives, we are constantly hearing stories from disgruntled women who have had to endure cheating men for years. Many of these guys have also confessed to being bad husbands, boyfriends, and baby daddies. Lala Anthony is the latest woman to come forward with stories about her time dating an NBA star, her ex-husband Carmelo Anthony.

Jackie Christie has been married to former Los Angeles Laker Doug Christie since 1996. According to Christie, there is only a small percentage of NBA ballers who cheat, and her husband is not one of them. Jackie claims that she does full body checks on her man to ensure that he is being faithful. She said she routinely checks his testicles to make sure they are not “drained” or “shriveled,” which would insinuate that he’s been unfaithful.

Unfortunately, not every Basketball wife has taken Jackie’s approach, and several women have had to endure some pretty public cheating scandals. Nia Long is the most recent example. The Love Jones actress has been tied to Ime Udoka for over a decade, with a child and engagement in place. Unfortunately, Ime would end up cheating on Nia with a female staffer and ended up getting suspended for a year from his position as the Celtics’ head coach. The whole fiasco has been deeply embarrassing for the family, and while Nia has put on a brave face and gotten back to work, fans are eager to find out if she is going to stand by her man or let him go.

Shaquille O’Neal reminded fans of his history of cheating while reporting on Ime and Nia during one of his many hosting gigs. While discussing the split on ESPN, O’Neal recalled his storied past as a serial cheater and how he cannot pass judgment on anyone. “I’m going to step down from this conversation,” O’Neal said during the broadcast. “I was a serial cheater. It would be crazy and blasphemous for me to get up here and say, ‘Boom, boom, bam.’ I can’t do that. I know these guys personally. I know they’re going through a lot because I went through a lot.” Shaq has gone on record about how much he cheated on his ex-wife Shaunie O’Neal and others.

Monica Brown’s marriage to Shannon Brown reportedly ended due to cheating as well, although neither party confirmed this. Same for Lala Anthony and Carmelo Anthony. Although Lala has confessed to Melo cheating, she never came clean about the children he reportedly fathered.

Lala opened up more about how traumatic dating a basketball star was—especially following Melo going from the Denver Nuggets to the New York Knicks. “When we lived here [in New York] under all of that [attention], that’s when things became complicated. I think that was kind of the start, now that I look back, that was kind of the start of the demise of the marriage.” Lala confesses that she had “sleepless nights” when Melo went to cities like Miami and used to try to figure out ways to come down there and stop her husband from cheating.

Lala admits that all athletes are not bad and shouts out Ciara and Russell Wilson’s marriage, calling it something she had never seen before.