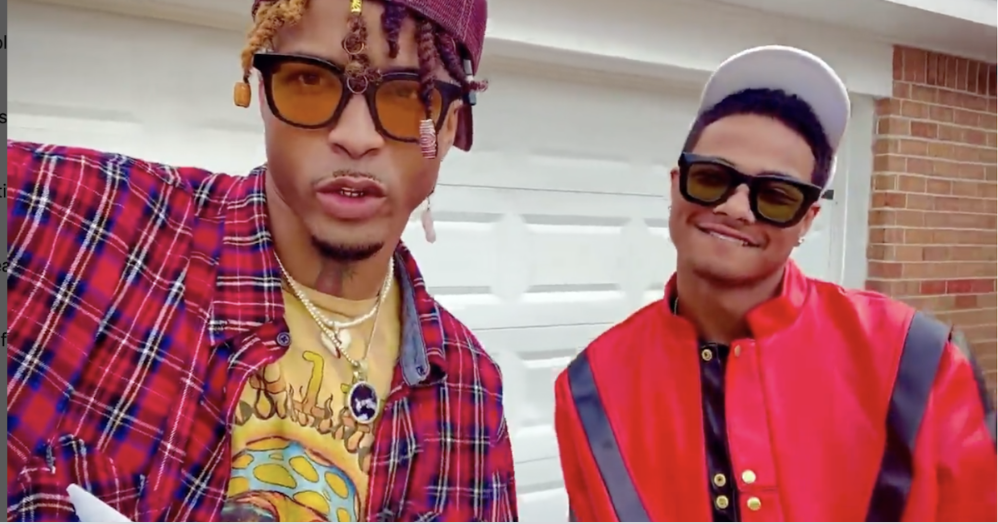 August Alsina dropped a bombshell confession last night at the end of Surreal Life season one. He opened up about finding a new “unconventional love” and how his friend and frequent collaborator Za has changed his life. Well, the admission has many believing Alsina has “switched teams,” and his legion of female fans are not super happy about it. Let’s get into their recent comments following his “coming out.”

August Alsina has a loyal following of ladies who have supported him since his debut. While many are happy for him in light of a lot of his health issues and personal traumas, some are not feeling the news and have been letting August and Zu know that they are ready to bring them back to the hetero-side. Under a photo of Zu one woman commented,”I hope he knows how to fight ?” while another said, “So you the one who took my man..” Others said things like, “I want my man back,” and “you stole my man!”

Another person decided to take the religious approach and prayed in Zu’s comments for his and August’s salvation from homosexuality. “He’s given you another day of His Grace, Mercy, & Forgiveness if you Repent out of sincerity and turn from the wicked ways of sin.” Meanwhile, on August’s page, the girls are eager to get their last shot at him, saying things like, “Before you make it official, try me out.” Another fan could not hide their disappointment and said, “I’m glad I never liked his music. I see why… this is twisted.”

It has not been all bad, as many fans have celebrated the duo and even shot their shot at getting down with the fellas. “Soooo can we share?” said one while another posted a clip of a woman dancing erratically with the caption, “me auditioning to be in their relationship.” Others feel August could really just be speaking about his brotherhood with Zu and not be dating him. “‘Love showed up but in a new way,’ and then people concluded he’s gay ? August Alsina has no family, Zu is signed under his label, and they call each other brothers… Until someone says they are gay, why do people like to assume?”

Despite many media outlets suggesting August Alsina is dating Zu, the singer has yet to confirm any details relating to their relationship.