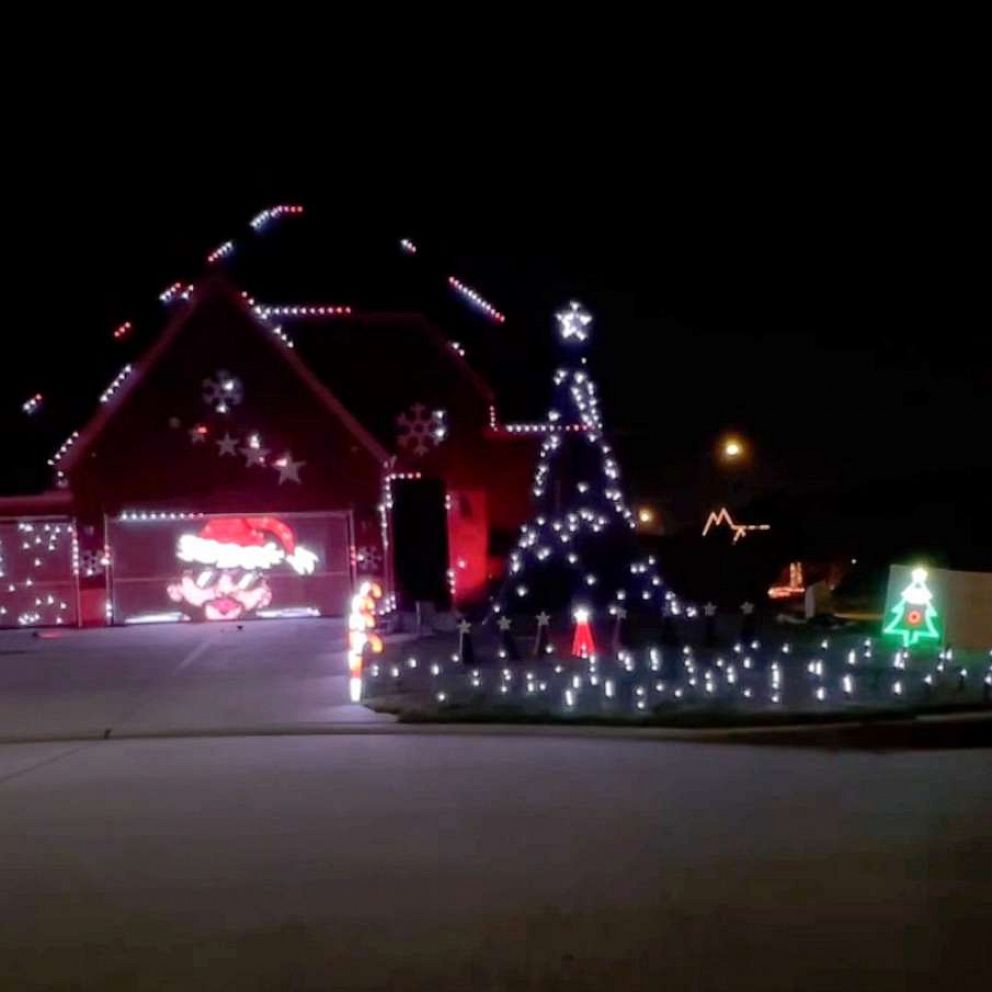 A Houston DJ, husband, and father of two has gone viral for the fifth year in a row with his creative Christmas lights sequences.

Frankie To-ong told ABC News that he and his family brainstorm for the annual event all year round. The idea for this year’s display came from his 12-year-old daughter Tatum, a big fan of music superstar Bad Bunny. 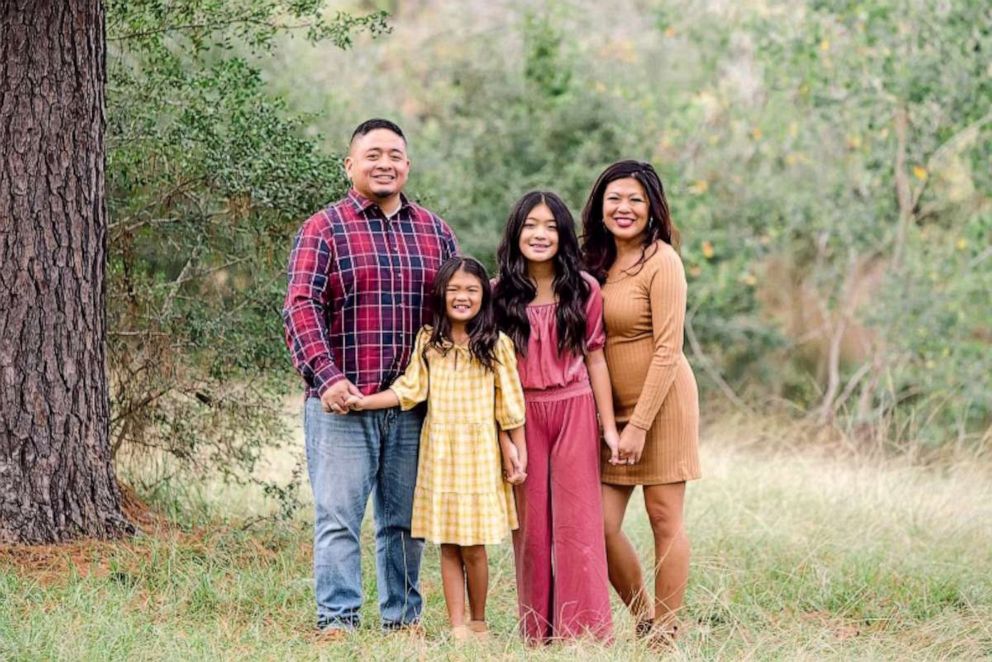 The To-ong family in an undated family photograph.

After a conversation with a friend, To-ong said he decided that the Puerto Rican artist’s hit song “Tití Me Preguntó” would be the perfect pick.

With his DJ background and professional IT expertise, To-ong says the programming only took a few hours to do.

“The first time I did it was in 2017,” To-ong said. “And ever since then, I’ve just been doing various… artists who I like to listen to on the top of the charts and sequence it and just try to see what the response would be.”

To-ong says he listens to it all, influenced by everything from 80s and 90s hits to contemporary music from local Houston hip hop artists and pop stars alike.

His previous work has been noticed by artists such as Drake, Travis Scott, and Lil Jon, but even with millions of views, To-ong says his main motivation is for his videos to provide opportunities to spread more holiday cheer to others – opportunities like putting on private light shows at the hospital where his now 9-year-old daughter Piper had heart surgery a few years ago.

“That was a very emotional time for us when my daughter was having her surgery,” To-ong said.

He says the health care workers and their positivity made a big difference for his family and is happy to have been able to put on special shows for the hospital’s staff and patients for the past three years. 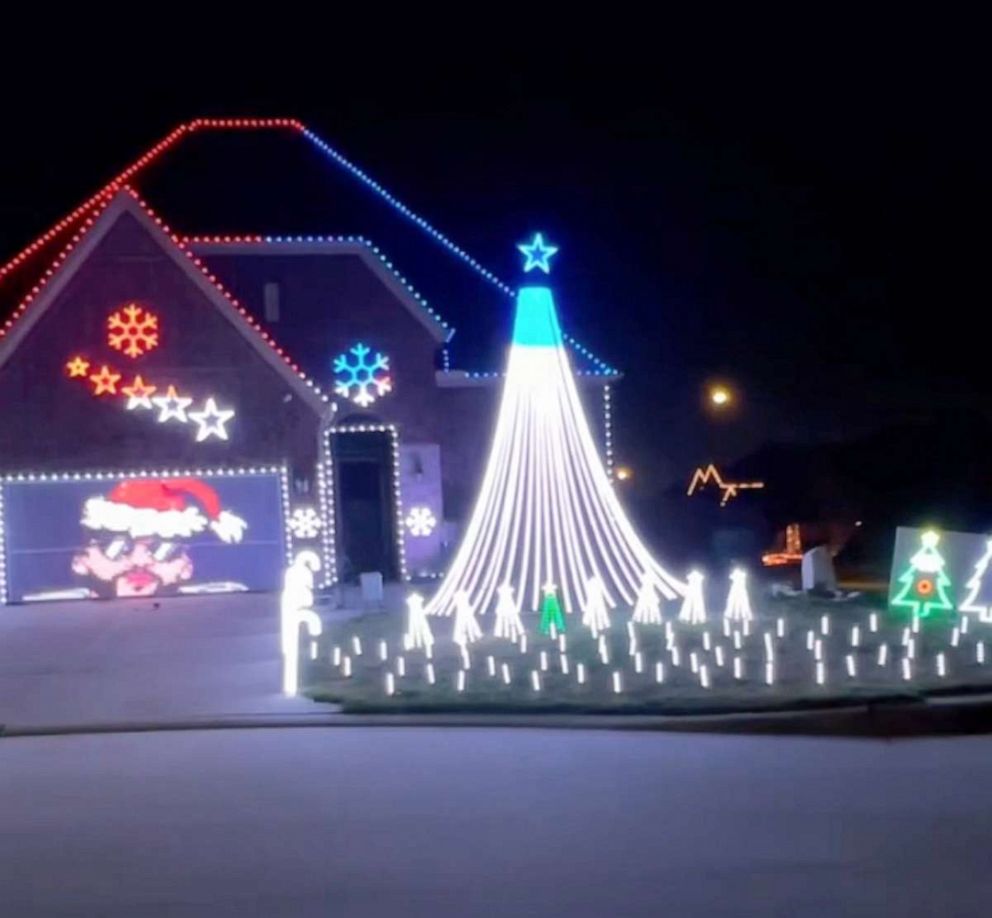 “We knew what anxiety that she had and what parents have in those situations,” he said. “So like, you know, during the holiday season, for sure, maybe I could do something that just kind of alleviates that stress and those feelings of being scared at those times and just to help them recover.”

His neighbors may have varying opinions of his musical sequences, but the support from his family and friends in Houston and those abroad means a great deal to him.

Among his fans are his parents in the Phillipines who he says are extremely proud of the work he’s done.

Next year’s plans are yet to be determined, To-ong said, but he and his supporters are excited to see what’s to come.

“For me, it’s like, do the best with what platform I have and try to be over the top creative,” he said.