Boys save young girl from drowning – rewarded with burgers for life 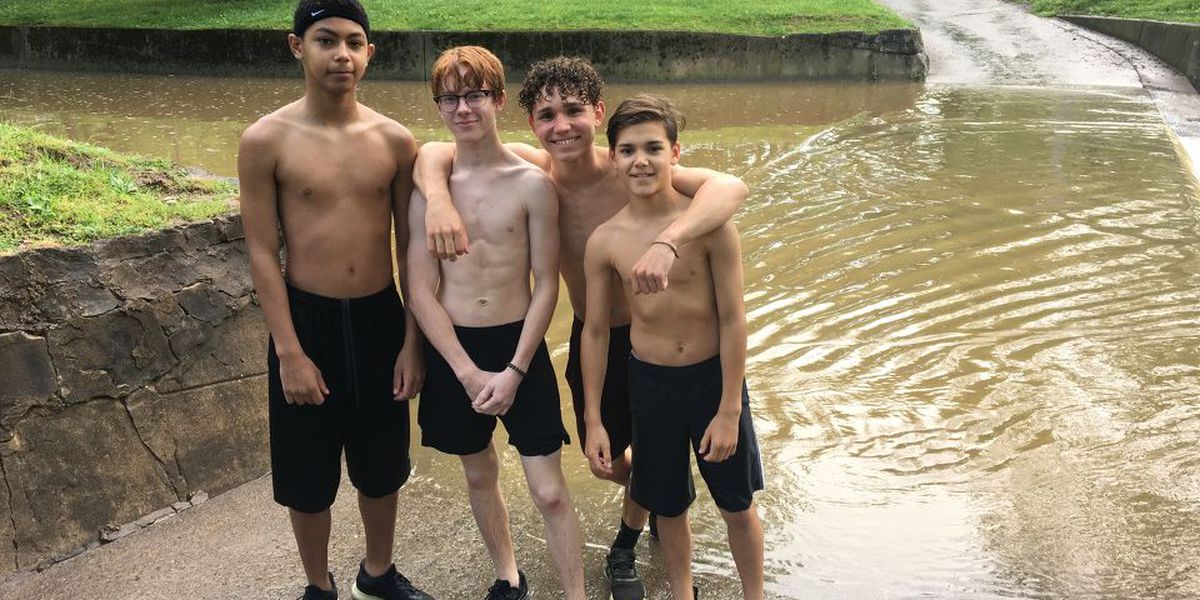 It was the usual weekend for one group of kids from Jackson Park, Missouri; the sun was out so they headed to their local park for a splash around in the creek.

Their usual haunt was Jackson City Park where kids would often splash around in the water at Hubble Creek.

Aiden Kyle said the group noticed that the little girl was suddenly missing.

“We were all at the park. It was raining and the water was higher, over the bridge, and we were all swimming, splashing and having fun. There was a little girl and we were all wondering where she went,” he said.

The current had pulled the girl Kinsley Stuart under the bridge, as per WAFB 9 News.

“I saw her hand on top of the bridge part, so I jumped in and I grabbed on,” said Aiden.

The current was strong and he realized he couldn’t save her alone so called to his friend Isaiah Randol for help.

“He was getting sucked in with her, so I jumped in and I grabbed her hand with him and we both pulled,” Isiah said. “Then the other two boys jumped in and it took four boys to pull this girl out because it was that strong.”

Thankfully, the whole group made it out of the water safely and Kinsley was taken to hospital where she was checked over and released.

‘Eat with us forever, for free’

Kinsley’s parents were overjoyed and so grateful to the boys for saving their daughter.

“We do want to say thank you to the boys from Kennys. We own Kenny’s flipping burgers. And we want to let you boys know that you guys can eat with us forever, for free. Because there is no amount of money, that can ever be put on what you did,” she said.

It’s scary to think what could have happened if these boys hadn’t been around that day. Please share to pay tribute to their bravery.