Brian McKnight Claims: ‘I’m Not A Deadbeat Father – I Got Deadbeat KIDS!’ 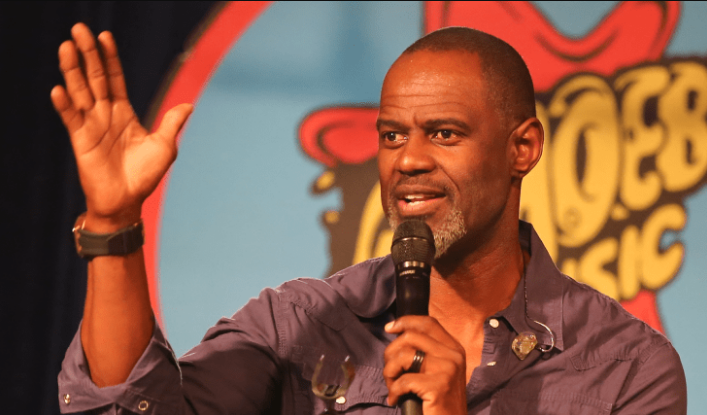 Yesterday, two of award-winning singer Brian McKnight’s children put him on blast for not being there for them, both when they were kids, and now as adults. Now the singer is firing back claiming that his 30-year-old son, Brian Jr., is the deadbeat. Brian learned the news after getting off a 17-hour flight, and the first thing he did was make a video captioned “Today’s nonsense. Hear the whole truth.” 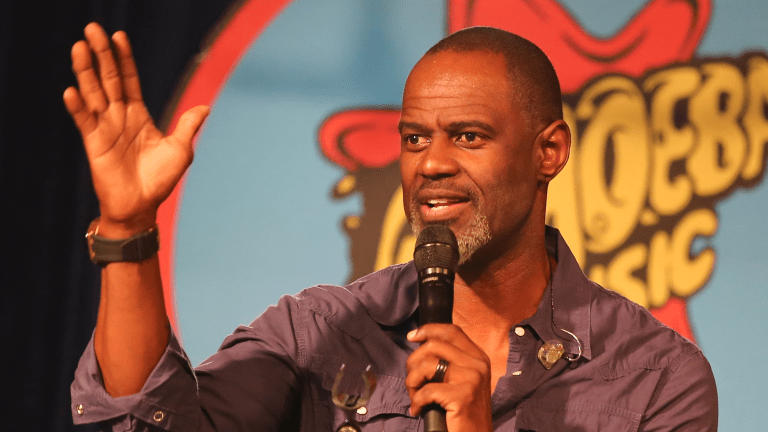 Yesterday, two of Brian McKnight’s children, Brian Jr. and Bri went onto Instagram to tell the world what a bad father Brian was. They both said some unbelievable things, leaving many to think that Brian was in-fact, not present in any of his children’s lives, except his youngest. 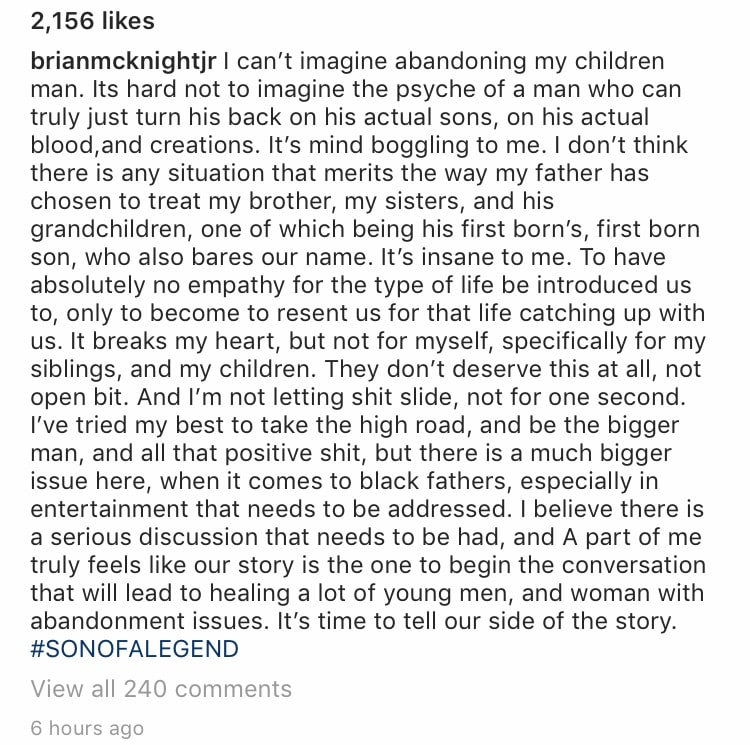 A few hours ago, after learning what his children said, he spilled some tea that is making everyone look at his kids with a side-eye.

Brian started by saying, “anyone who knows me knows that I have been there for my children every step of the way, until recently.” He went on to say, “I’ve never missed a day of child support…and I’ve always been there with advice, whether they took it or not.” He also said, “I’ve always been the one to help them achieve the dreams that they were wanting to reach out for.” 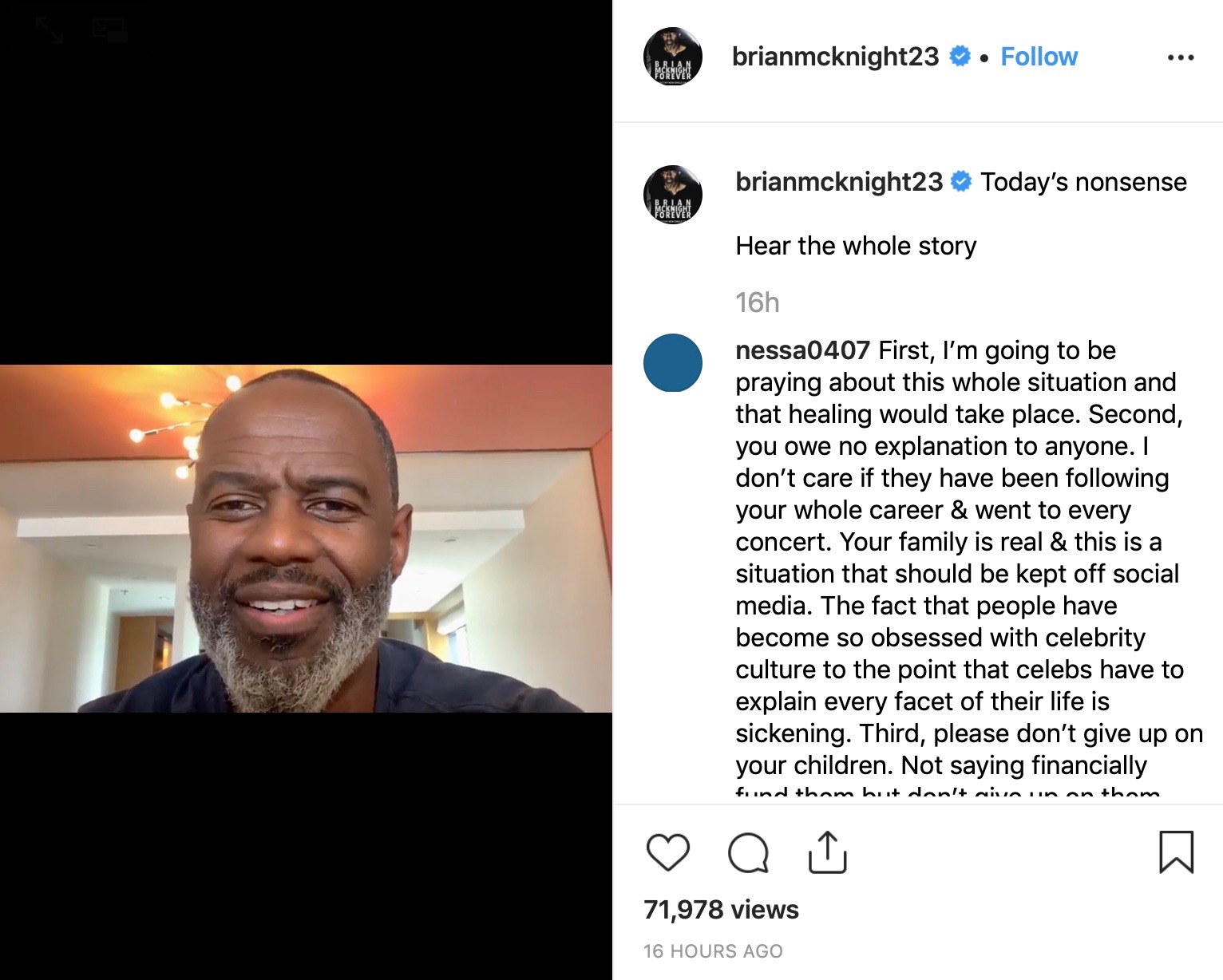 He also explained that he did not abandon them; they are estranged. According to “Back to One” singer, his eldest son broke into his home a few months back and put exes on the eyes on all of Brian and Leilani’s wedding photos. Brian also alleges that Brian was better off dead to him that alive. 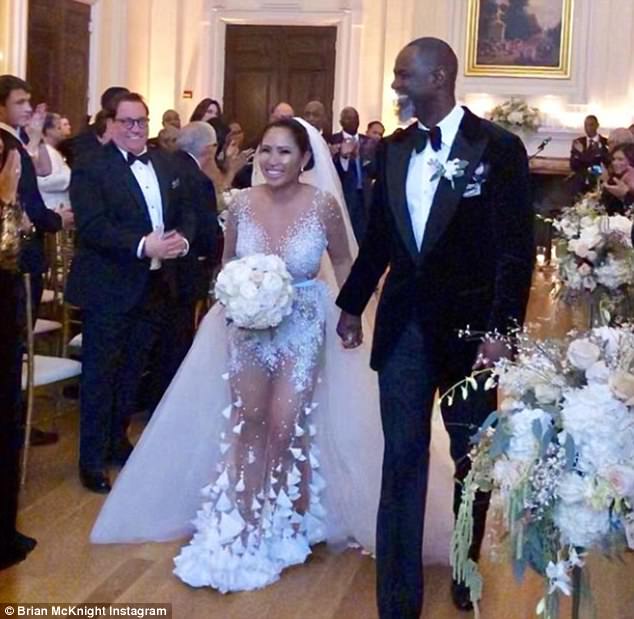 The video has been viewed over 70,000 times, and now people are taking Brian’s side.

Brian thinks that his son is angry because he was cut off. A few years back, Brian paid rent for his eldest sons for two years without question. At the end of the 2 years, they never made steps to find jobs or improve their situation. The singer then decided to stop paying their rent.