Cam’Ron: ‘I Was Gonna Take My Ex Juju Back But I Saw Her With Safaree!’ 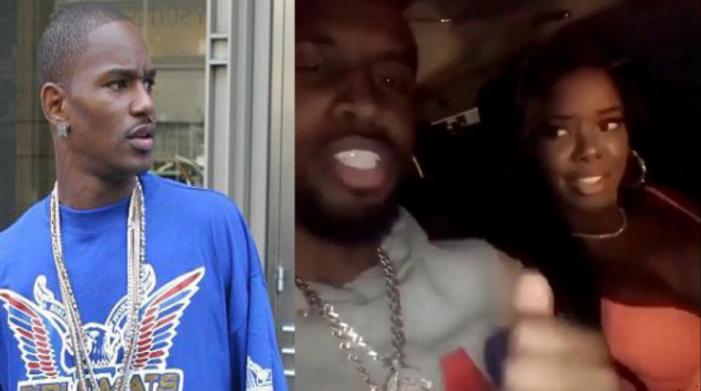 Rapper Cam’Ron has been in his feelings over his allegations that his ex-girlfriend, Juju, had been hooking up with “Love and Hip Hop: New York” star, Safaree Samuels, before he dated Erica Mena. Cam’Ron dropped some bars about how he felt about the situation. The couple has been broken up for over two years, and many people wondering why he’s still talking about Juju.

After over a decade of being together, and two years of being apart, rapper Cam’Ron is yet again, talking about his ex Juju. This time, he’s saying that he would have taken her back if she wasn’t messing around with Safaree. 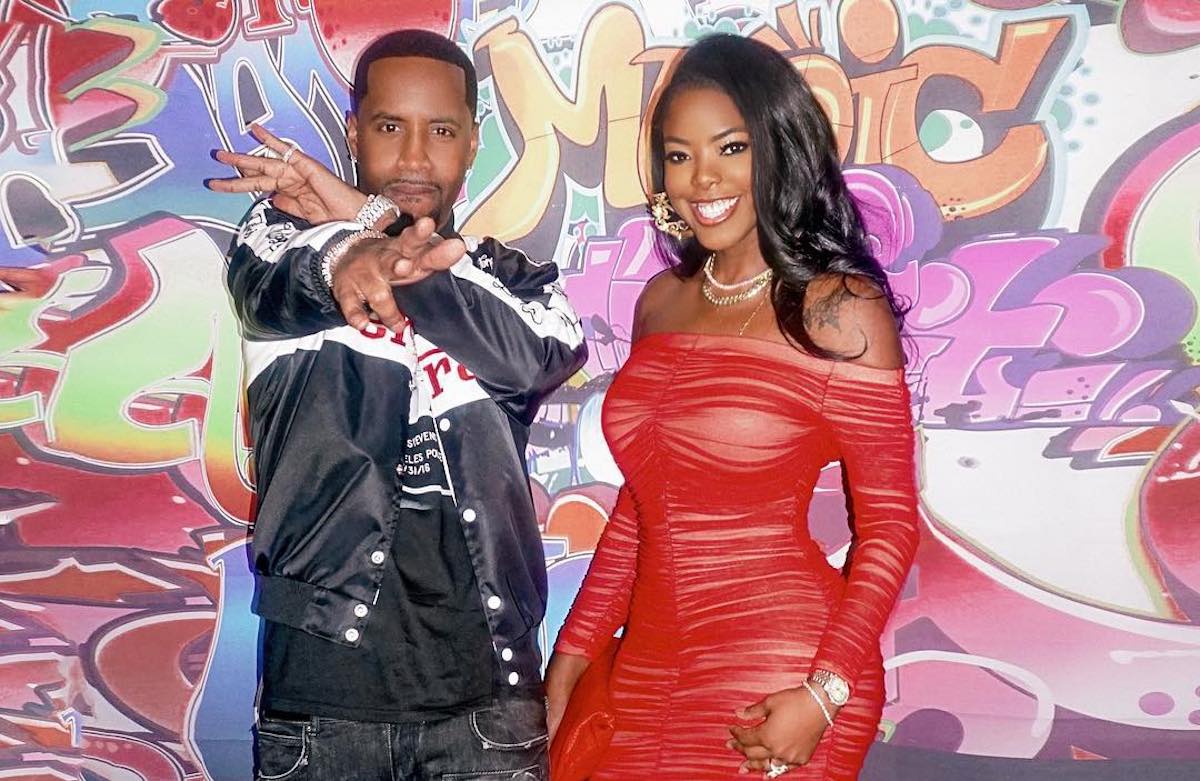 While driving in his car, Cam’Ron rapped, “Nowadays you might see me with a Barbie / Was gonna take my ex back I seen her with Safaree / Had her with the work in the car, that was my down b*tch / But you joined the circus you do clown sh*t / And when you f*cked up, can’t come back around this/It may be old or something but look I never spoke on it/ Don’t like it? My d*ck’s available/Choke on it…” 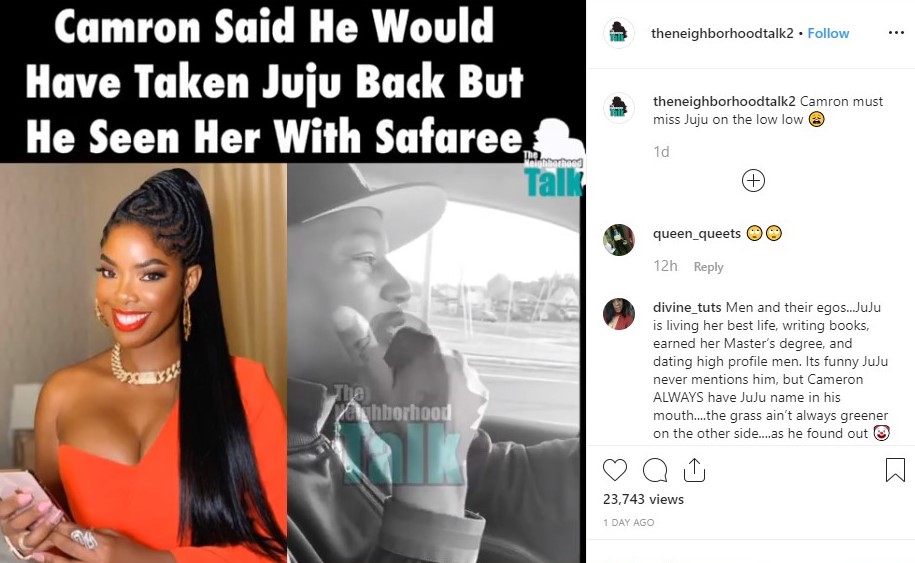 Here’s what he’s said about her in the past.

Back in June, during an interview with “The Breakfast Club”, Cam’Ron called his ex boring. He also said, “I got you on Love & Hip Hop. I helped you get Candy Jewels Hair. I negotiated the best first-time person on Love & Hip Hop [deal] and that contract you got. I got you that money. You still on for two, three seasons now, and I’m happy for you.” 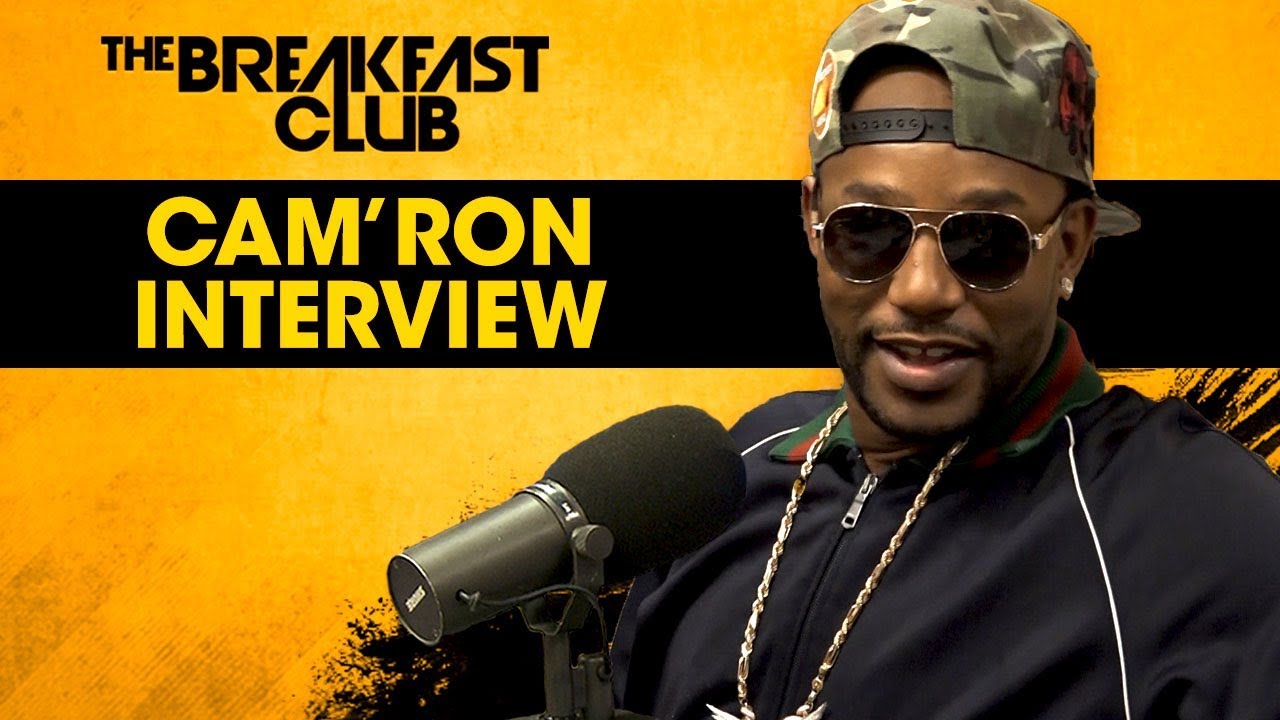 Cam’Ron continued by saying, “I supported you when you got your butt done, when you got your breast done, the lip hair laser removal, everything. I loved you with that. I was with you before that. And I still have love for you. No problems at all.” 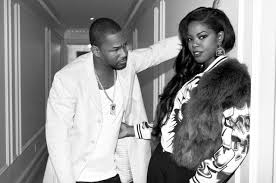 If she was so boring, then why does he keep mentioning her name?