Chris Rock’s Brother Kenny Rock Challenges Will Smith to a Boxing Fight: ‘I’ll Let The Hands Do The Talking 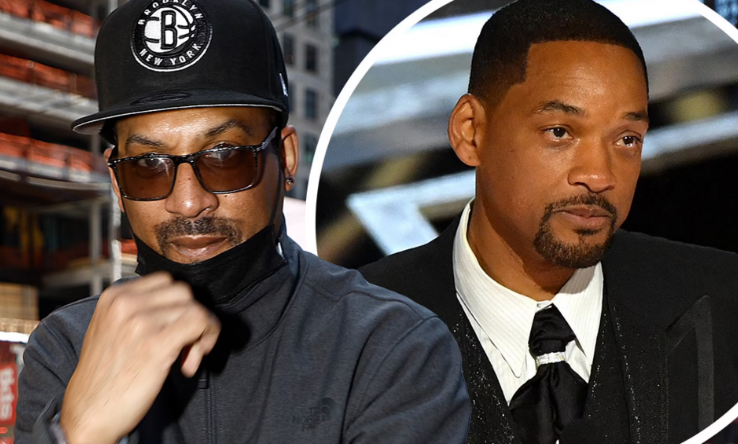 Chris Rock’s brother Kenny Rock has a bone to pick with Will Smith over his now-notorious Oscars slap. The younger sibling of the esteemed comedian has reportedly signed a Celebrity Boxing deal with Damon Feldman for a fight in Florida this summer, but as he told TMZ, an opponent hadn’t been chosen for him yet. In the impromptu interview, Kenny said he “should” get in the ring with the King Richard star.

Kenny was then asked if he thinks he could take Smith down despite their apparent “height difference” to which he replied, “Yes — no if and buts about it. I’ll let the hands do the talking.”

aaaaaaaaa
He was also skeptical about Smith’s 10-year ban from the Oscars the Academy imposed on him earlier this month.

“Well, we’ll have to see if he’s actually gonna get the 10-year ban,” Kenny said. “They might say 10-year ban then after three years they’ll think we may have forgot about it and then slide him in there after two years, after three years…so we have to make sure these people are gonna do what they say they’re gonna do.”

Kenny continued by saying he doubts Chris Rock has accepted Smith’s apology, but Kenny had nothing but good things to say about his brother, who’s currently in the midst of his Ego World Death Tour: “He’s doing great. I haven’t seen him, but we’ve talked.”

Chris has yet to directly respond to the slap he endured from Smith on the Oscars stage, which occurred after the comedian made a G.I. Jane joke about the actor’s wife Jada Pinkett. Chris said on Sunday (April 10) he’d talk about the incident only if he gets paid for it.

“I’m OK, I have a whole show, and I’m not talking about that until I get paid,” he said during a recent set in Indio, California. “Life is good. I got my hearing back.”