Congratulations!: Rotimi And Fiancée Vanessa Mdee Are Expecting Their Second Child Together 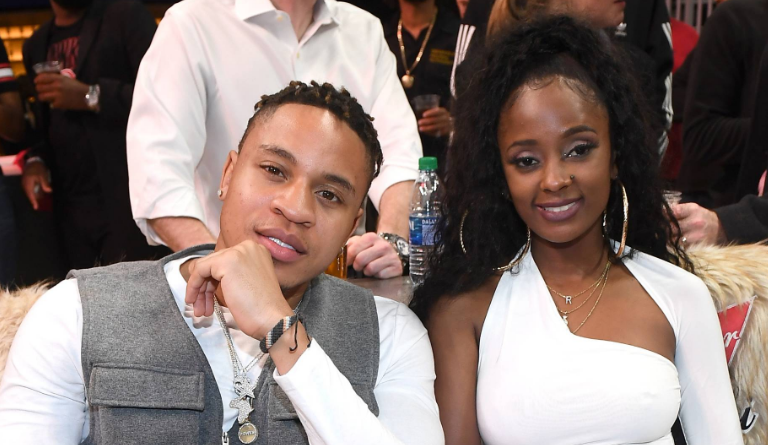 The couple announced the news with a heartfelt gender reveal on Instagram!

Rotimi and his fiancée Vanessa Mdee are expecting their second child together! The couple announced the exciting baby news via Instagram on Tuesday (Nov. 1).

“Baby No. 2 🙏🏽🎊✨GLORY TO GOD … it’s a girl,” Vanessa captioned an Instagram post that served as both a pregnancy announcement and gender reveal.

In the video, the lovebirds happily stood under an umbrella as it rained pink confetti on them.

The couple’s comment sections quickly began to explode with confetti ball emojis and comments of congratulations.

The engaged couple later spoke to People about their bundle of joy on the way. “We’re excited to announce that our baby girl is on the way. What a beautiful testament to GOD’s favor. We are overjoyed,” they happily shared with the media outlet.

ICYMI: In September 2021, the couple welcomed their son Seven. The proud parents have since posted countless heartwarming moments with their baby boy, including a video of him taking his first steps.

“From the day I first held you to 1 year later. Nothing will ever change in how much I love you,” Rotimi captioned a heartfelt social media tribute on his son’s first birthday. “I’ll always hold you with this much love even when you big as heaven 🕊 happy birthday, son. It’s only fitting that your birthday is on national sons day.”

“It’s made things more simple as I put life into perspective,” Rotimi told BET.com in October 2021 about how fatherhood changed his life. “You know, every man wants to do the right thing and be a provider and make the right decisions. And now, it’s like you just really have to. It grounds everything. It’s beyond being about me at this moment. Everything I do is about him and the future.”

Congratulations to the pair on their growing family!