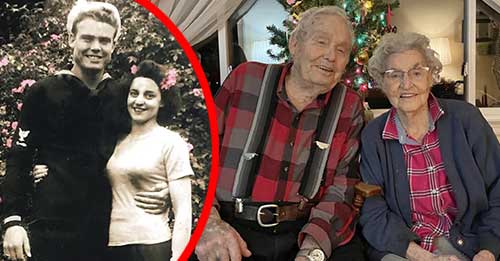 When an Ohio pair turns 100 years old next month, they will mark two significant anniversaries.

According to sources, Hubert and June Malicote were both born in July 1922, raised in rural Kentucky, and first met when they both migrated to Ohio in search of jobs.

The pair stated their romance started at church. They were buddies at first, until it evolved into something more.

Hubert and June wedded on June 8, 1943, only for Hubert to be summoned up soon thereafter to serve in World War II. He served in the Navy for two years in Hawaii, but when he returned home, June was waiting for him at the railway station.

They settled in Hamilton, Ohio, and raised a family. The couple has three kids, seven grandchildren, and eleven great grandchildren.

Hubert and June will both be celebrating their 100th birthdays in the near future. June’s birthday is on July 13, and Hubert will turn 100 on July 23.

According to reports, a church service will be performed in their lawn to commemorate the event.

Hubert remarked of his relationship with his long-term wife that they’ve never had a dispute nor had a fight.”

He continued, they didn’t go through life without conflicts yet they would never do anything to damage each other. If there’s a disagreement, one might have to step away for a few minutes.

The pair enjoys supper and a movie together every night. Likewise, their nightly routine includes a kiss before saying goodnight to one another.

Their 70-year-old daughter stated that she places Mom in her wheelchair next to where Dad is seated, and they clasp hands and say goodnight to one another. In the morning, they are overjoyed to see each other. They greet one other with enormous smiles.

True love will always be one of the world’s most powerful powers. Stories about romance, like the one Hubert and June have, absolutely improve one’s day.

IF YOU LIKED THIS POST, PLEASE SPREAD THE WORD.