Darius McCrary Engaged To His Godfather Rick James’ Ex-Wife, After Meeting At His Funeral 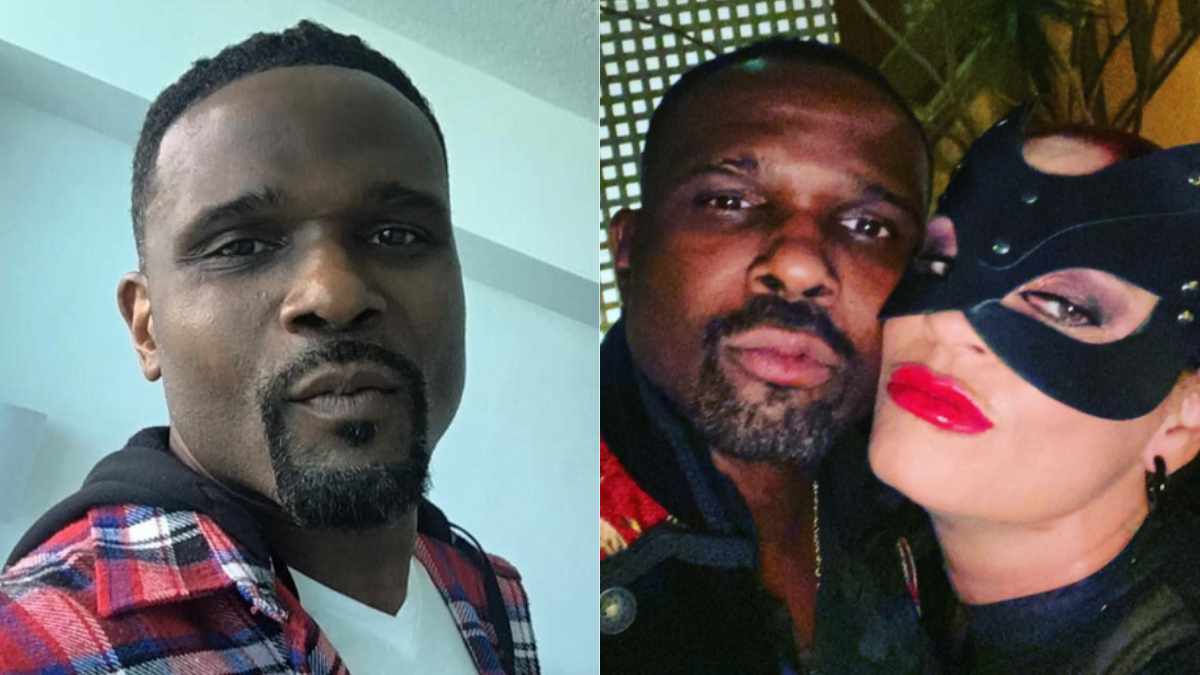 Darius McCrary has definitely sent the media into a frenzy at times, but not likely about his current or upcoming projects.

Instead, it would appear that the actor’s love life moves at a somewhat rapid pace with some excitable or interesting choices in partners.

The latest person that has reportedly claimed McCrary’s heart is no different, as she’s the ex-wife of his godfather, the late Rick James.

Family Matters star Darius McCrary first entered into marriage with a woman named Juliette Vann. According to AmoMama, he married the Las Vegas showgirl in 2005 after dating for a short period of four months.

But it appeared that as soon as the honeymoon and honeymoon phase ended, so did the marriage. That next year, McCrary filed for divorce from Vann, and their union was dissolved.

Then in 2009, Darius McCrary married former video vixen and author Karrine Steffans. However, it would quickly prove to be contentious in a short amount of time.

Darius McCrary admitted that his relationship with Steffans was “tumultuous” and “expensive” during an interview with Vlad TV.

Additionally, their marriage was rife with rumors or abuse, which Steffans claimed at one point. However, a report from TMZ revealed that she lied concerning certain instances of abuse via obtained court documents. Their marriage ended in 2011.

“It’s pretty much the reason why I don’t drive a Rolls Royce to this day,” he said.

Darius McCrary’s string of failed relationships continued with his subsequent marriage to Tammy Brawner. According to The Sun, she is a basketball player and former Harlem Globetrotters star. The two got married in 2014 and share a daughter named Zoey.

However, trouble soon arose in their marriage which ultimately landed in divorce. Both filed restraining orders against one another,

and, once again, accusations of abuse started to fly. Finally, in 2017, their marriage ended with McCrary’s third ex-wife gaining primary custody over their daughter.

In 2021, Darius McCrary again ended up in the news for speculations that he was dating Kevin Hart’s ex-wife, Torrei Hart. Rumors began swirling once she uploaded a since-deleted post to Instagram labeling the actor as her “partner, friend, mentor, and get money buddy,” according to HotNewHipHop.  But months later, he was entangled in more salacious rumors with another reality star.

Photos and video of Darius McCrary popped up all over social media with transgender reality star and model Sidney Starr. They looked highly cozy and comfortable together at an apparent photo shoot and even shared a few steamy kisses.

But Darius McCrary quickly attempted to debunk the rumors by stating they were simply untrue. According to a report by Madamenoire, the actor admonished the public to “stop running with these rumors” and claimed that Sidney Starr was just his friend. In addition, he revealed that he is engaged and his “fiancée would really have something different to say.”

Sidney Starr also appeared to agree that there was nothing more than a friendship between the two. In an Instagram post, she clarified that not only was she a “controversial transgender woman,” but that McCrary was a “black heterosexual male” and that they were “great friends.”

Darius McCrary then went onto the MODASUCKA Podcast, hosted by comedian Michael Blackson, to further speak on his current relationship. The actor introduced a woman named Tonya James, who was previously married to legendary artist Rick James. According to McCrary, the late-Rick James was also his godfather.Tonya Hijazi James met Rick James when she was 17, but they reportedly did not get married until 1996. She shares one child with him, and after a tumultuous marriage, they divorced in 2002.

Darius McCrary calls Tonya James his “fairy godmother-wife.” The actor revealed that they’ve been dating “on-and-off for 17 years now.” In addition, Tonya shared that they met at Rick James’s funeral in 2004. The actor continued to speak on the pair having a “great connection” and how they grew together in this cutthroat industry. Tonya James said that Darius McCrary was “such an amazing support system” for her when her ex-husband passed. Hear the rest of their exchange below.