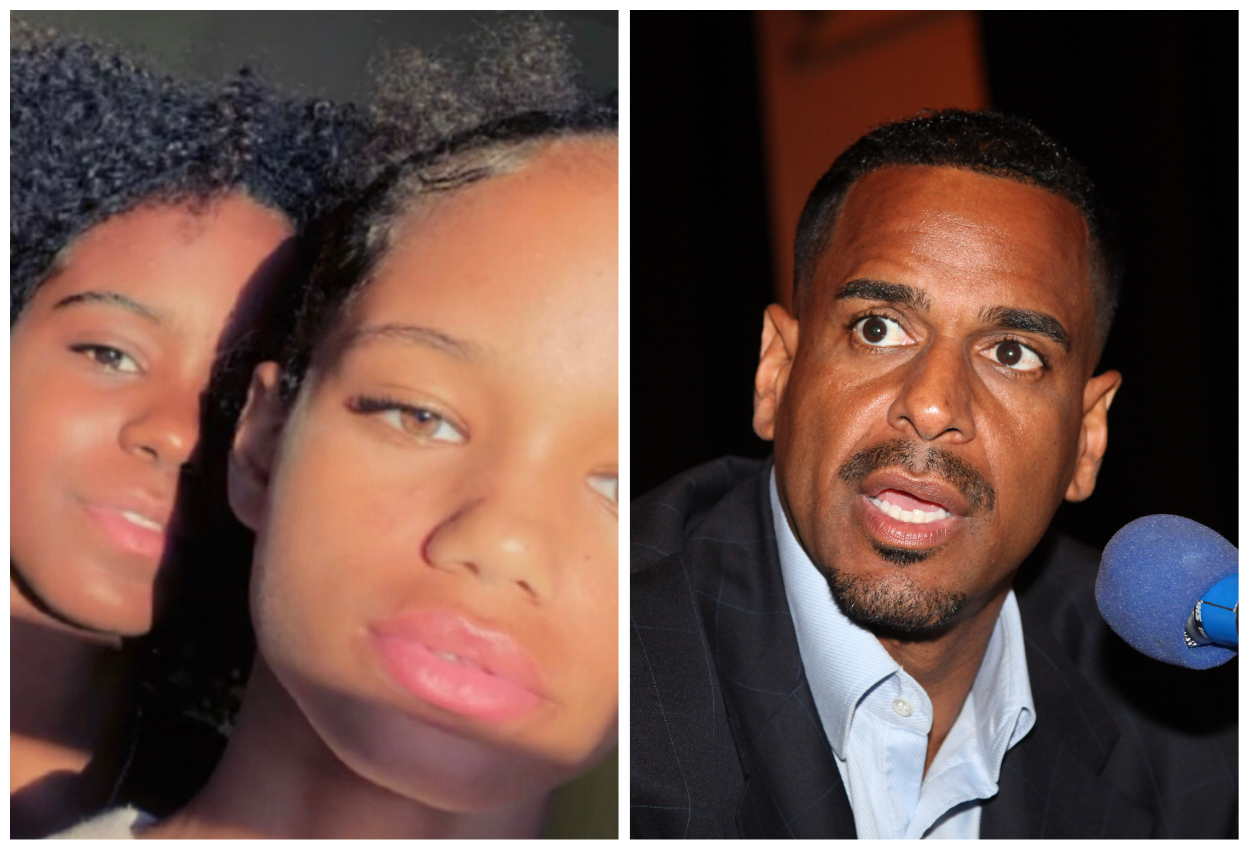 St. John’s University is receiving some strong criticism from the daughters of former NBA player Jayson Williams after their decision to induct their father into the school’s Athletics Hall of Fame.

The decision comes after accusations of neglect in their lives following Williams’ role in the fatal shooting of a limousine driver in 2002.

Tryumph and Whizdom Williams wrote open letters they sent Friday to the press surrounding their concerns.

The letter reads in part by Tryumph:

I have spent 12 years trying to rationalize the actions of NBA All-Star Jayson Williams, a man clinically diagnosed with anti-social personality disorder.  My father’s story is one that has been told by the media and countless bystanders in America. Healing from such a very public tragedy, that was far beyond my control, has been an inexplicably painful journey.

Jayson is an alcoholic, who was emotionally and verbally abusive, a deadbeat father who lacks any sense of remorse. The most traumatizing memory is from about 8 years ago. He was heavily under the influence of alcohol and sleeping pills and he threatened to kill someone. Then he shut me in the garbage disposal room. Next, he forced my ten year old sister and me to clean up his vomit. I did not see him for years after that, which taught my first lesson about healing; acceptance.

The sisters also reportedly planned to send open letters to St. John’s University, which explained how the school should be ashamed of their father’s induction into the school’s Hall of Fame class during Saturday’s homecoming weekend.

Williams, 54, who once played for the New Jersey Nets (now known as the Brooklyn Nets) and Philadelphia 76ers, served more than a year in prison for the accidental shooting death in his New Jersey mansion of his chauffeur Costas Christofi.

According to testimony reported by the Associated Press, Williams killed Christofi with a 12-gauge shotgun while showing it to friends after failing to check if the weapon was on safety before snapping it closed.

The testimony adds that Williams wiped down the weapon afterwards and placed it in the chauffeur’s hands, stripped off his own clothes, handed them to a friend, and jumped into his pool.

Williams’ lawyers maintained the defense that the shooting was an accident and led to actions driven by panic.

While Williams made an apology to the victim’s family when he was sentenced for the incident in 2010, his daughters wrote in their letter that Williams never made official amends.

The sisters also reportedly accused the former NBA forward of neglect and emotional and verbal abuse.

Williams, who once signed a six-year $86 million deal, is also accused of failing to provide adequate financial support, which his daughter Whizdom accused her father of being an alcoholic and “a deadbeat father who lacks any sense of remorse.”

Whizdom, 18, is currently a student at the Fashion Institute of Technology.

Tryumph also had words for St. John’s University, according to the Associated Press, describing the school as “possibly, fools, misusing money to honor Jayson Williams.”

“Jayson Williams’s life journey is one that includes childhood trauma, time spent in a homeless shelter, addiction, incarceration, and recovery; issues that impact countless American families. The family dynamic between Jayson and his children is not a matter that St. John’s University will discuss.

Part of the recovery and redemption process is restoring trust, accepting help, and finding comfort and support in the journey and that, coupled with his athletic accomplishments, is what St. John’s University recognizes with Jayson Williams during this Homecoming weekend.”

Since the incident, Williams has founded the Rebound Institute, which is an addiction rehabilitation program in the state of Florida.