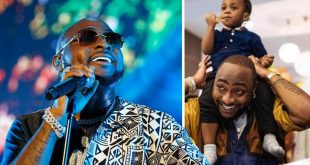 Davido and his partner Chioma have tragically lost their three-year-old son.

According to various news outlets, their three-year-old son drowned in a swimming pool at their family home in Lagos.

The incident happened on Monday 31st October, just a few days after his third birthday.

Ifefanyi was rushed to hospital, but was sadly confirmed dead on arrival.

Davido, whose real name is David Adedeji, is most known for his songs such as ‘High’ and ‘Fall’, and his partner were reportedly not home when the incident occurred.

Eight of Davido’s house staff have been called into questioning over the death of his son to answer questions about the tragic accident.

Fans and other musicians have been sharing their condolences to the Afrobeats star on social media.

Skepta wrote “Prayers” to the singer, and rapper Steff London said “Prayers up for Chioma and Davido” on her Twitter account.