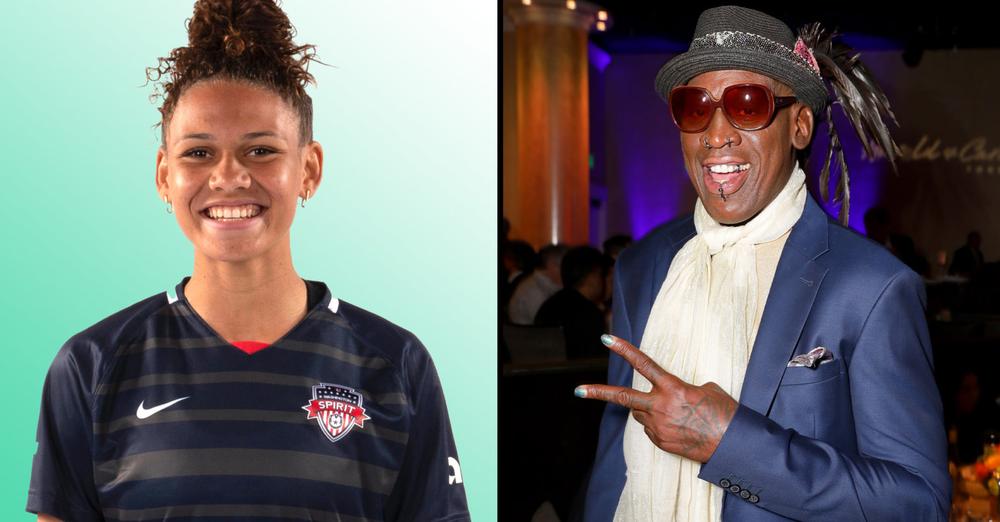 Trinity Rodman is following in her father’s legendary footsteps while making history in the National Women’s Soccer League (NWSL).

The 19-year-old has signed a $1.1 million deal with Washington Spirit, making her the highest-paid player in NWSL history, according to ESPN.

In a sport that unfortunately lacks representation of Black athletes, the moment isn’t only monumental for Trinity Rodman, but for the community as a whole.

“We’re incredibly excited to have Trin as a part of the Spirit family for at least the next three seasons,” Spirit coach Kris Ward said. “She has a truly special career ahead of her and makes us a better club on all fronts.”

The four-year deal is an extension of Rodman’s initial contract with the Washington, D.C. soccer club. In 2021, the soccer player onboarded the team on a three-year deal that averaged $42,000 in base salary, plus housing and bonuses, according to the outlet.

Rodman’s updated salary was made possible by allocation money — money set out for teams to use to sign players and/or allocate to their salaries to get under the salary cap.

Trinity Rodman’s Journey In The League

The historical deal stands as yet another victory for the young athlete. Rodman was named the NWSL’s 2021 Rookie of The Year and the youngest player ever to be drafted into the NWSL. Being NBA legend Dennis Rodman’s daughter, exemplifying greatness in the sports industry is in her blood, but she has worked hard to make her own name in the NWSL.

“People are always going to — especially people who don’t know me and are new to the soccer world — see Dennis Rodman’s daughter. It comes with the name, but I definitely achieved what I wanted and [put out] the message I wanted, being so young, being a woman, being in the soccer world,” she told The Washington Post.

At only 19, Rodman’s journey in the league will be more than compelling to watch over the next few years on the Spirit team.