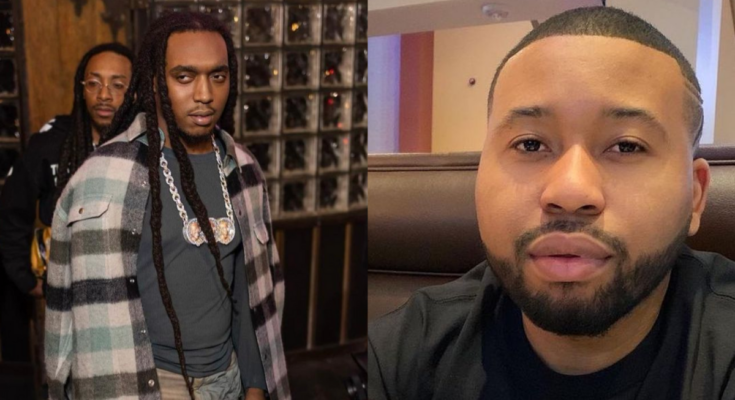 Houston PD are still working hard to solve the case of Migos rapper TakeOff, who’s life was taken a week ago. Fans online have been combing through all the footage from the evening as well, claiming to have discovered the person responsible from some of the story posts that evening. DJ Akademiks has also been playing Nancy Drew on this case and claims he cracked what happened that evening hours after it happened.

DJ Akademiks took to Twitch to do a deep dive into footage and posts relating to the night of TakeOff’s passing. A person reshared it on Twitter with the caption, “Akademiks solved the [case] of Takeoff on twitch, connecting the dots via Instagram stories.” In the first clip, AK talks about Houston native Jas Prince, the son of James L. Smith, the CEO, and founder of Houston label Rap-A-Lot. Rap-A-Lot was home to rap group Geto Boyz and had ties to several big-name acts who almost signed to them over the years, including Vanilla Ice, Destiny’s Child, and Drake. Jas would actually be credited with introducing Drake to Lil Wayne and helping launch the Canadian rapper’s career.

Akademiks shares a unique history with TakeOff and his group members Quavo and Offset. AK was the one who asked TakeOff how it felt to be left off “Bad and Boujee,” the group’s breakout top 10 single. TakeOff’s response went viral online, responding, “do it look like I was left off ‘Bad and Boujee?’” The interview ended with his co-host Joe Budden storming off the stage and Migos jumping up to ask him what’s up before the camera cuts off.

The label is famously tied to corruption in the city of Houston, so when Jas was spotted in videos from the evening of TakeOff’s passing, some people assumed he had something to do with it. Akademiks heavily alluded to this as well, sarcastically saying that Jas Prince was alerted about TakeOff’s passing when he was “woken up,” which he repeated twice and slowly. Over several other videos, he continued to break down the events of the night, saying, “we finna solve this.”

The blogger continued to piece together the events of the night, identifying people from different videos and where they were throughout the night. One of the most popular videos circulating from the evening was the one of Quavo sitting in a car with a member of his squad seated behind him that many are alleging is the person responsible. AK took a long moment of silence after realizing that the man behind Quavo was quite possibly the person responsible and not someone in Jas Prince camp – covering his eyes and staring off into the distance for a while, saying, “no, no.” One person responded, “This n* Akademiks just found Takeoff [expletive] on Twitch/Youtube Live with 50K people watching.”

Following Akademiks findings, fans took to Twitter to call out Houston PD, tagging the department on social media. Akademik was not the first to put this together, as fans did the same work in the comments section of the Houston PD post asking for help. They were able to identify that the suspect, a man with dreads and a red satchel, looked a lot like Quavo’s friend, a man named Migo Bands. None of this has been confirmed however and police are still investigating. TakeOff’s funeral will take place on Friday and open to the public.

Justin Bieber and Alicia Keys are scheduled to perform at the homegoing service at the State Farm Arena in Atlanta, GA.