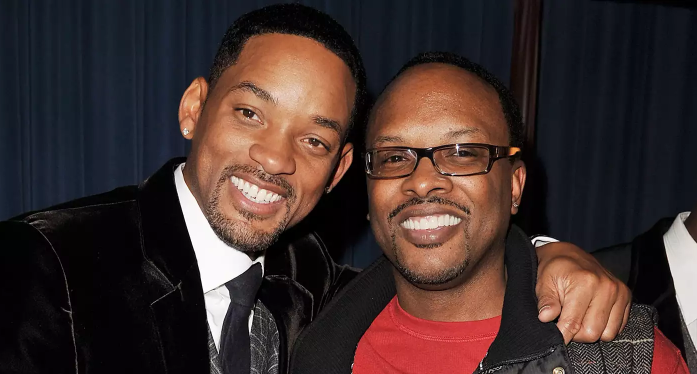 At the Closed Sessions Legend Conversation: DJ Jazzy Jeff held last Thursday at Dorian’s Through The Record Shop in Chicago, Jeff, 57, discussed his Fresh Prince of Bel-Air costar and collaborator’s Oscars outburst, saying it was a rare instance of the star losing composure.

Jeff said the incident, when Will walked onstage during the 2022 Academy Awards and struck comedian Chris Rock over a joke about his wife Jada Pinkett Smith, was a “lapse in judgment” on Will’s part.

aaaaaaaaa
“Don’t get it twisted that it was something he was proud of. It was a lapse in judgment, you know?” he said in a clip shared on Instagram.

“I think the thing that I’ve realized is I don’t know too many people that has had the least amount of lapse of judgment than him. I can name 50 times that he should’ve smacked the s— out of somebody and he didn’t,” Jeff added of Will. “So for him to have a lapse in judgment, he’s human. And I think a lot of the criticism comes from the people who don’t think people like that are human.”

Some other people who have worked with Will have expressed how out of character the moment was for the star, who won Best Actor at the Oscars shortly after hitting Rock. Michael Bay, who directed Will in two Bad Boys movies released in 1995 and 2003, told Yahoo! Entertainment, “I’ve worked with him; he is not that guy.” “I’ve never seen him lose his cool like that,” Bay, 57, continued. “I thought it was set up ’cause I saw the smirk, and I’ve been on set when Will screws with people, when he’s joking with people.” He added that the moment of violence was “wrong to begin with.”

A day after the Oscars last month, Will apologized to Rock in a statement, saying that he “reacted emotionally” because the “joke about Jada’s medical condition was too much for me to bear.” (She has been open about living with hair loss due to alopecia.) Will has since resigned from the Academy of Motion Pictures Arts and Sciences, which hosts the Oscars. The Academy also banned the actor from attending its events for the next 10 years.

Academy President David Rubin and CEO Dawn Hudson wrote in a letter: “This action we are taking today in response to Will Smith’s behavior is a step toward a larger goal of protecting the safety of our performers and guests, and restoring trust in the Academy. We also hope this can begin a time of healing and restoration for all involved and impacted.”

When he resigned from the Academy, Will said in a statement that his behavior was “shocking, painful and inexcusable.”

“The list of those I have hurt is long and includes Chris, his family, many of my dear friends and loved ones, all those in attendance, and global audiences at home. I betrayed the trust of the Academy,” he said. “I deprived other nominees and winners of their opportunity to celebrate and be celebrated for their extraordinary work. I am heartbroken. I want to put the focus back on those who deserve attention for their achievements and allow the Academy to get back to the incredible work it does to support creativity and artistry in film.”

Will later concluded, “Change takes time, and I am committed to doing the work to ensure that I never again allow violence to overtake reason.”