Emilia Clarke’s Role In Marvel’s Secret Invasion Seemingly Confirmed, Can You Guess Who She Is Playing? 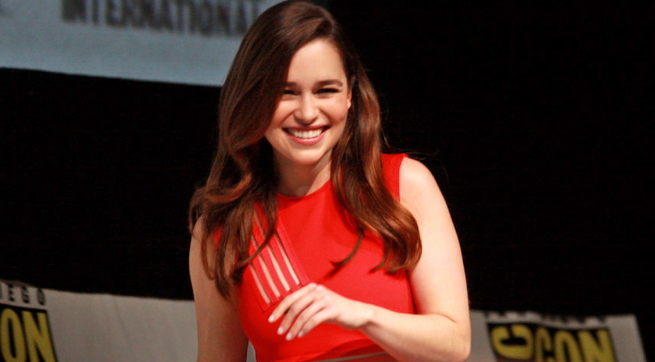 Emilia Clarke’s mystery Secret Invasion role has seemingly been revealed. Ever since the reveal of the trailer from Marvel Studios’ highly anticipated thriller series, the studio has been secretive about its details. It is not a new thing for the MCU to reveal as little as possible, but staying mum about one character, in particular, has fueled massive fan speculation.

Till now, what we know is that the Marvel series will expand on Samuel L. Jackson’s Nick Fury after the events of Avengers: Endgame. It will put Fury in the lead role alongside familiar faces like Maria Hill, played by Cobie Smulders, and Talos, played by Ben Mendelsohn.

Now, rumours have arisen that the Game of Thrones actress Emilia Clarke will have a role in Secret Invasion too. In fact, it seems like Disney has confirmed her role, which will be Abigail Brand. According to the official account for the series on Tenor, an online GIF search engine, one of the gifs uploaded features Clarke’s character.

It is titled, “It’s The Beginning Abigail Brand.” Besides Emilia Clarke, there are also gifs of Nick Fury, Maria Hill, James Rhodes, Gravik, and Sonya Falsworth’s Secret Invasion characters. Previously many other speculations arose on who could the GOT actress play in the Disney+ series.

Previous reports claimed Clarke would be playing G’iah or Gloria Warner. Other rumors pointed to longtime Marvel Comics hero Jessica Drew, aka Spider-Woman, who also happens to be the main villain of the series.

Disney and Marvel are yet to confirm if Emilia Clarke will be playing Abigail Brand in Secret Invasion. But fans have been convinced ever since the gif went viral. Only time will now tell if this is true or not. The highly anticipated MCU Phase 5 series also features the debuts of several major stars, including Olivia Colman and Kingsley Ben-Adir.