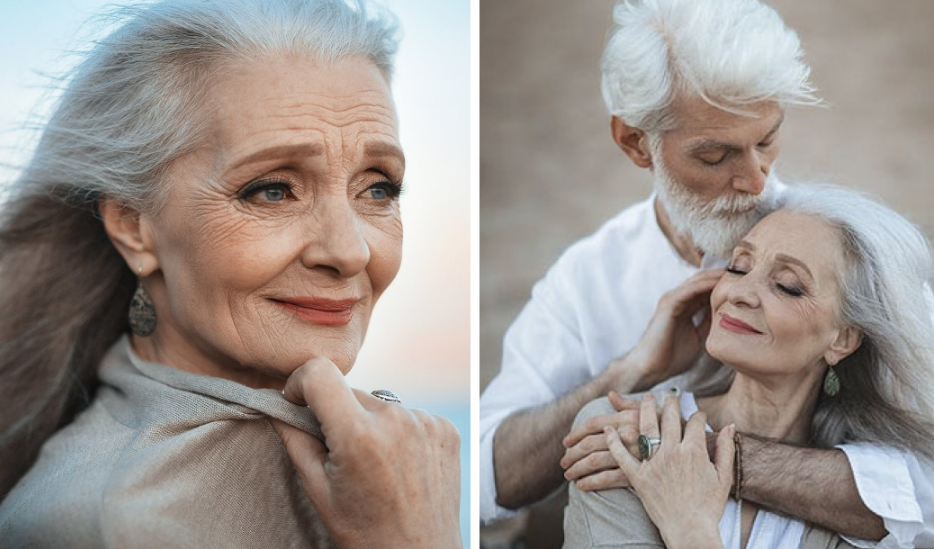 A beautiful photo shoot of an elderly couple in love, captured by Russian photographer, Irina Nedyalkov, has broken the internet for many reasons. For one, the photos transcended all forms of love; for another, it turned out the elderly couple, Sergei and Valentina are not a couple in real life

The latter is undoubtedly the biggest revelation, and it emerged after Irina was flooded with requests to reveal the story of the pair. More astonishing, Sergei, 42, and Valentina, 62, had never met before and met for the first time during the shoot. Taking to Instagram, Irina addressed the curiosity, writing the caption: “Our photo shooting is performance and improvisation of a love story on the set. Sergey and Valentina are incredibly beautiful models from the one-of-a-kind model agency @oldushkamodels.”

“Sergei is 45-Year-Old, Valentine is 62, and they have never been familiar before. There’s no makeup on the characters, everything is exactly as you see.”

Irina admitted the characters had been chosen in advance and that she and her group of photographers knew they were not a real couple with a beautiful love story. She continued: “We directed our photo shooting, as in movie. We could not restrain ourselves from crying, we turned away, sobbed, wiped away tears and believed in our characters.” However, the photo shooting was made in the frames of the @foto_festival training course. Notably, the way Irina captured the love between the two people who have never met speaks volumes about her craft, and indeed each stare, every touch, will make your heart skip a beat.