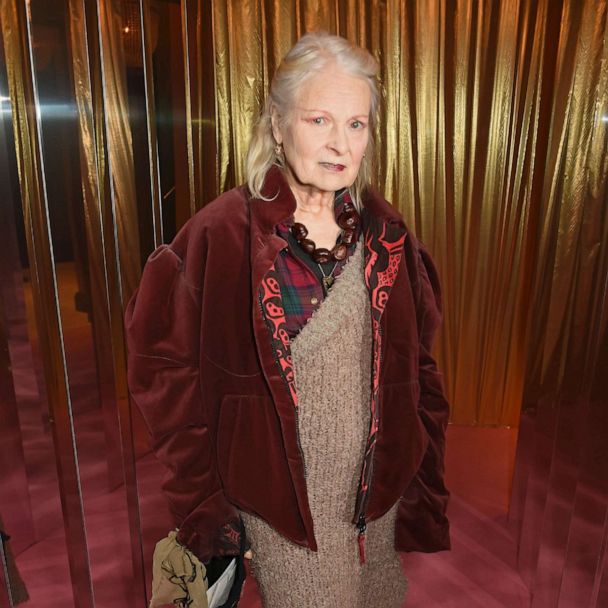 Vivienne Westwood, the fashion designer who made punk and new wave fashion mainstream, has died. She was 81.

Westwood died Thursday “peacefully and surrounded by her family, in Clapham, South London,” a post shared on her Instagram page by her brand said.

“Vivienne continued to do the things she loved, up until her last moment, designing, working on her art, writing her book, and changing the world for the better,” according to the Instagram caption alongside a photo of Westwood. “She led an amazing life. Her innovation and impact over the last 60 years has been immense and will continue into the future.” 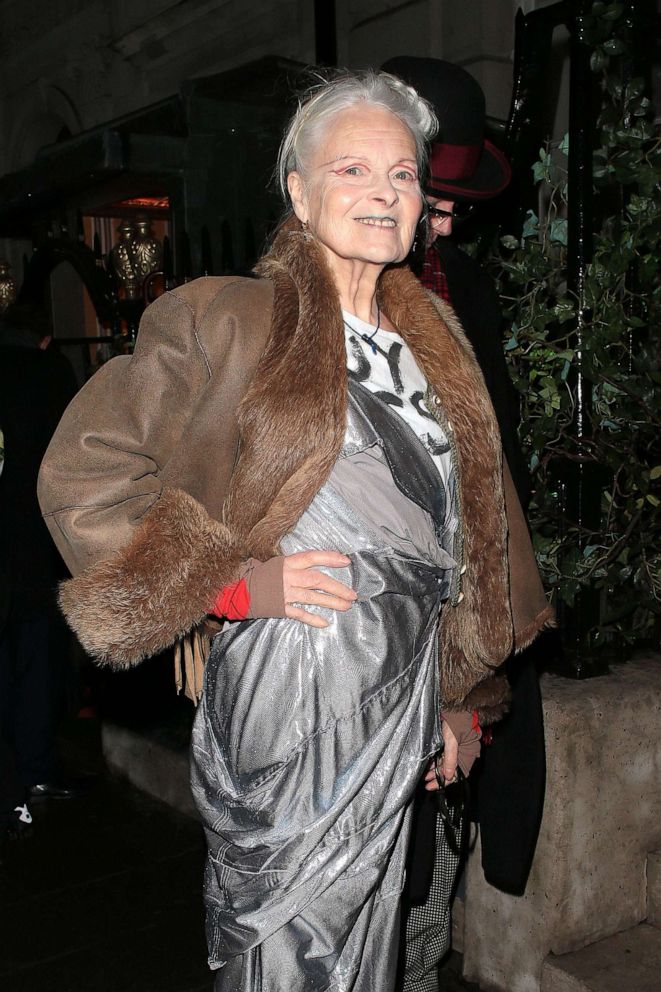 “The world needs people like Vivienne to make a change for the better,” the brand said.

Her husband and creative partner Andreas Kronthaler also released a statement and said, “I will continue with Vivienne in my heart.”

“We have been working until the end and she has given me plenty of things to get on with. Thank you darling,” he added. 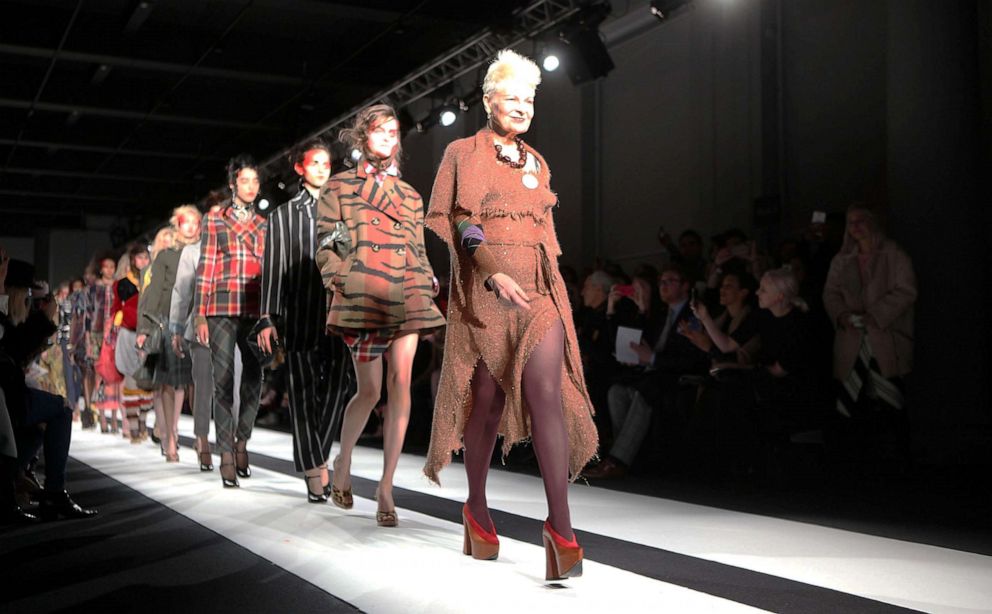 Westwood and her start in fashion

Born on April 8, 1941, to Gordon and Dora Swire, a factory worker and cotton weaver, respectively, the English designer emerged on the fashion scene in the 1970s when she met artist and musician Malcolm McLaren, who was the manager of the punk band the Sex Pistols.

Westwood became one of the main designers of the punk fashion movement, co-managing a store with McLaren called SEX, located at 430 King’s Cross Road in Chelsea, which became a meeting place for those in London’s early punk scene. Her style was inspired by many punk icons including Viv Albertine, and many of those designs included mohair jumpers, slashed T-shirts, motorcyclists’ leather and army combat gear. 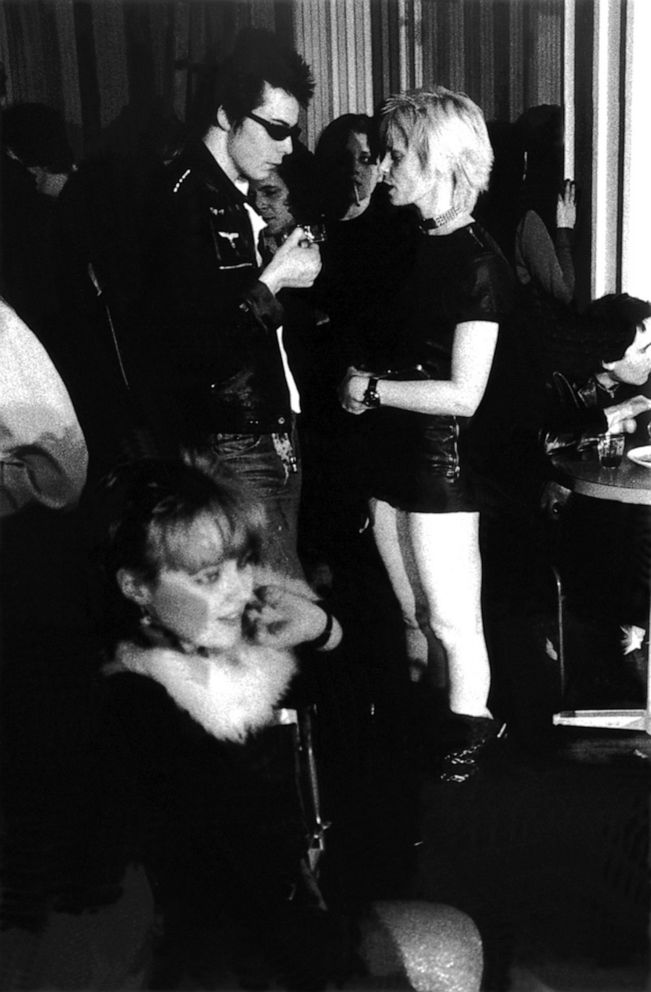 In this Nov. 15, 1976, file photo, Vivienne Westwood speaks to Sid Vicious at a Sex Pistols gig in the U.K.

In the 1980s into the early ’90s, Westwood transitioned into a period that she called “New Romantic” and “The Pagan Years,” with clothes that parodied the upper class. As part of the New Romantic movement, Westwood and McLaren staged their first ready-to-wear collection in 1981 called “Pirates,” which was inspired by McLaren’s fascination with the 1980 film, “The Island,” and Westwood’s interest in silhouettes and portraits of the 17th and 18th centuries. Designs included loose-bottomed, wide-striped Buccaneer trousers and oversized shirts worn with draped sashes.

The New Romantic movement was influential and quickly became mainstream, with some of the era’s leading musical acts adopting the fashions in their own way, including David Bowie, Spandau Ballet and Marc Bolan. 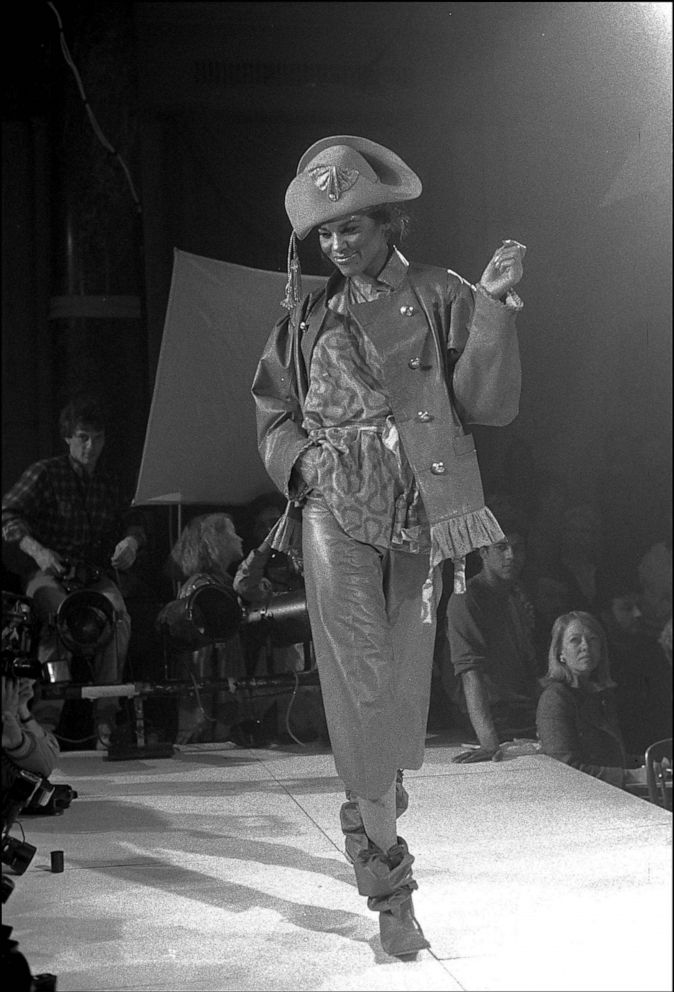 Shortly after the launch of Pirates, Westwood and McLaren went their separate ways, and Westwood established her identity as a leading independent designer, creating styles like the “mini-crini,” a thigh-grazing crinoline produced in cotton and tweed, in 1985, and incorporating 19th century bustles in her elaborate knitwear dresses and tartan miniskirts.

Under her fashion empire, she had two menswear and three womenswear collections and produced shoes, hosiery, eyewear, scarves, ties, cosmetics and perfumes. While the first wedding dress she designed was her own in 1962 for her first marriage to Derek Westwood, she also designed bridal gowns under her label, creating iconic looks for celebrities including Dita Von Teese, Miley Cyrus, Marion Cotillard, Princess Eugenie and, most notably, Carrie Bradshaw’s wedding dress for the 2008 “Sex and the City” film.

In 2006, Westwood’s contribution to British fashion was recognized when she was appointed dame of the British Empire by the late Queen Elizabeth II. 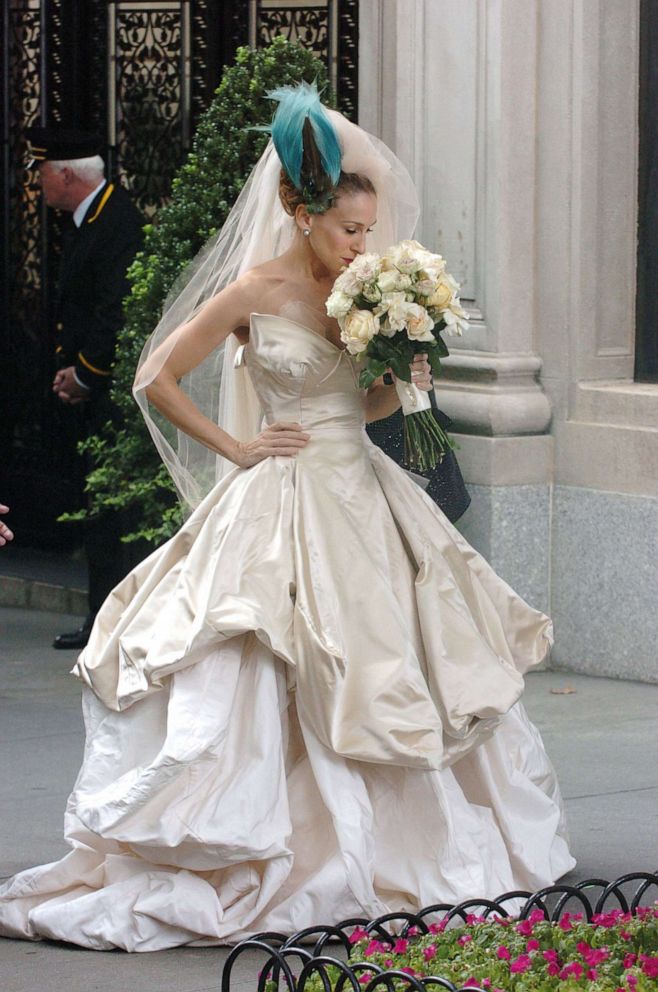 In this Oct. 2, 2007, file photo, Sarah Jessica Parker is shown in a wedding dress durign filming of the movie “Sex And The City.”

Aside from paving the way for punk and new romantic fashion trends, Westwood also used her designs to reflect the causes she was passionate about, including climate change. According to her brand’s website, Westwood supported hundreds of causes, NGOs, grassroots charities and campaigns over the last 20 years.

She started the Climate Revolution in 2012 to take action against disengaged political leaders and big businesses.

In 2020, during the COVID-19 pandemic, she wrote an op-ed for The New York Times talking about her activism. 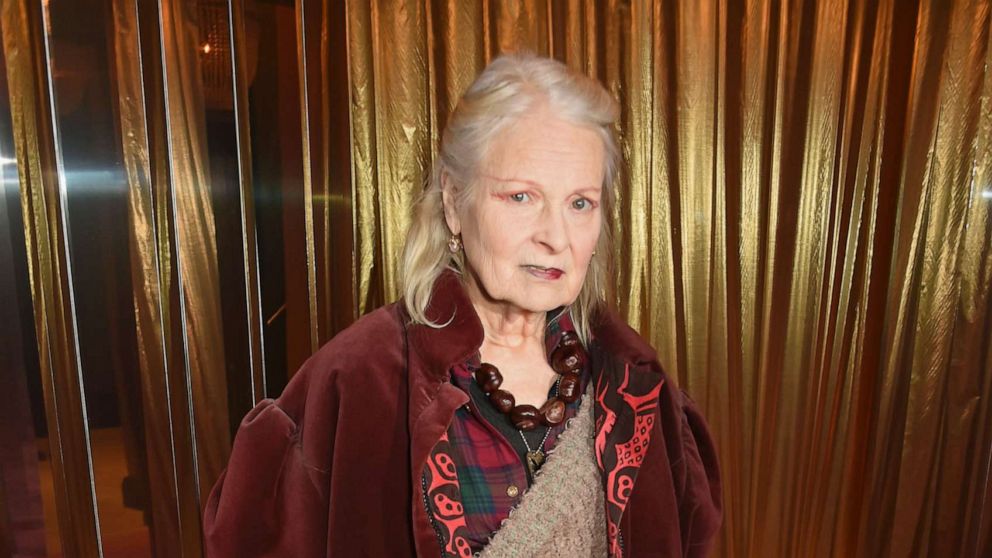 “I have been an activist against war and for human rights,” she wrote. “We are looking through the lens of the changing world. If the human race does not turn the telescope around, we face mass extinction. Climate change will reach a tipping point.”

“This is why I formed Climate Revolution: to save the environment,” she added, and mentioned her stance on sustainability in fashion.

Next year, The Vivienne Foundation, a not-for-profit company, will officially launch to honor Westwood’s life, design and activism. It was founded by Westwood, her sons Ben Westwood and Joseph Corré, and her granddaughter in late 2022.

According to Westwood’s brand, the goal of the foundation is to raise awareness and create tangible change working with NGOs, and it supports four pillars: “climate change, stop war, defend human rights and protest capitalism.”