Father-daughter duo’s twist on wedding dance goes viral: ‘Made me smile so big’ 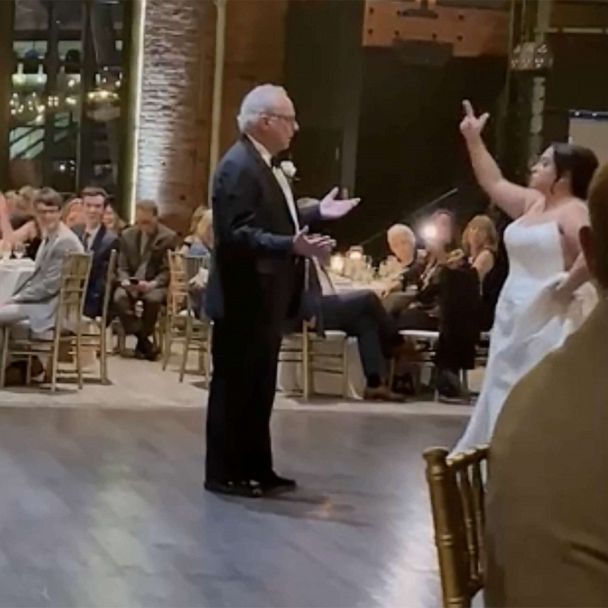 When it comes to a wedding’s traditional father-daughter dance, many fathers and daughters choose to dance to one special song together.

But Nancy Krieger and her father, Ronald Lestock, decided to put a twist to their memorable performance, surprising everyone at Krieger’s Nov. 12 wedding and later delighting TikTok fans who have been gushing over their unexpected dance.

In just four days, Krieger’s TikTok post of her father-daughter dance has racked up over 4 million views.

“When everyone thinks you’re pranking your dad…and then he joins in,” Krieger wrote in the caption. 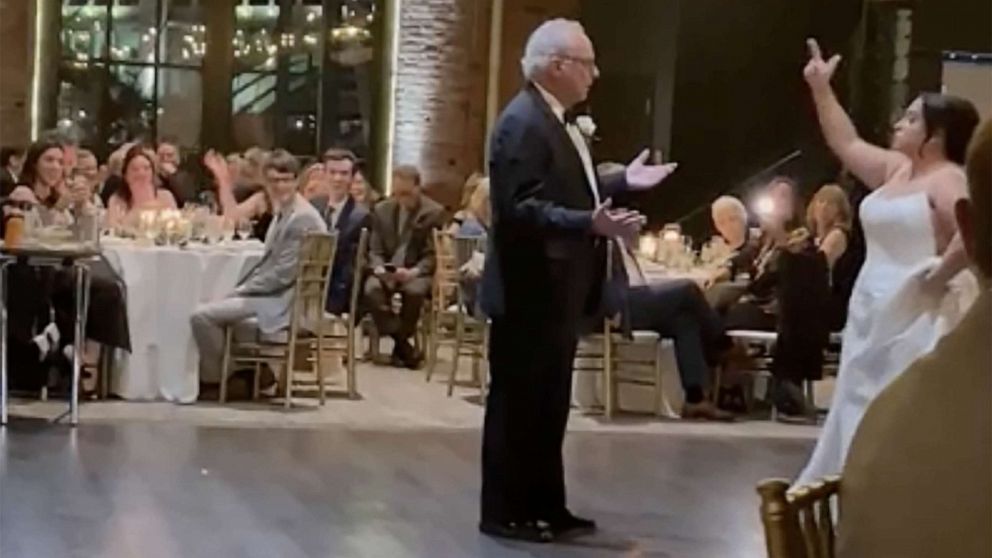 Ron Lestock and Nancy Krieger’s father-daughter dance at Krieger’s wedding had a special twist to it.

The 22-second clip shows Krieger and Lestock taking the dance floor at Cleveland’s Windows on the River venue and swaying to The Temptations’ 1965 classic “My Girl” before the track pauses abruptly and switches to Usher’s 2004 hit “Yeah!” featuring Lil Jon and Ludacris.

The video’s unexpected turn had many reacting in the comments.

“My jaw was actually on the floor,” wrote one person.

“This made me smile so big,” another added. 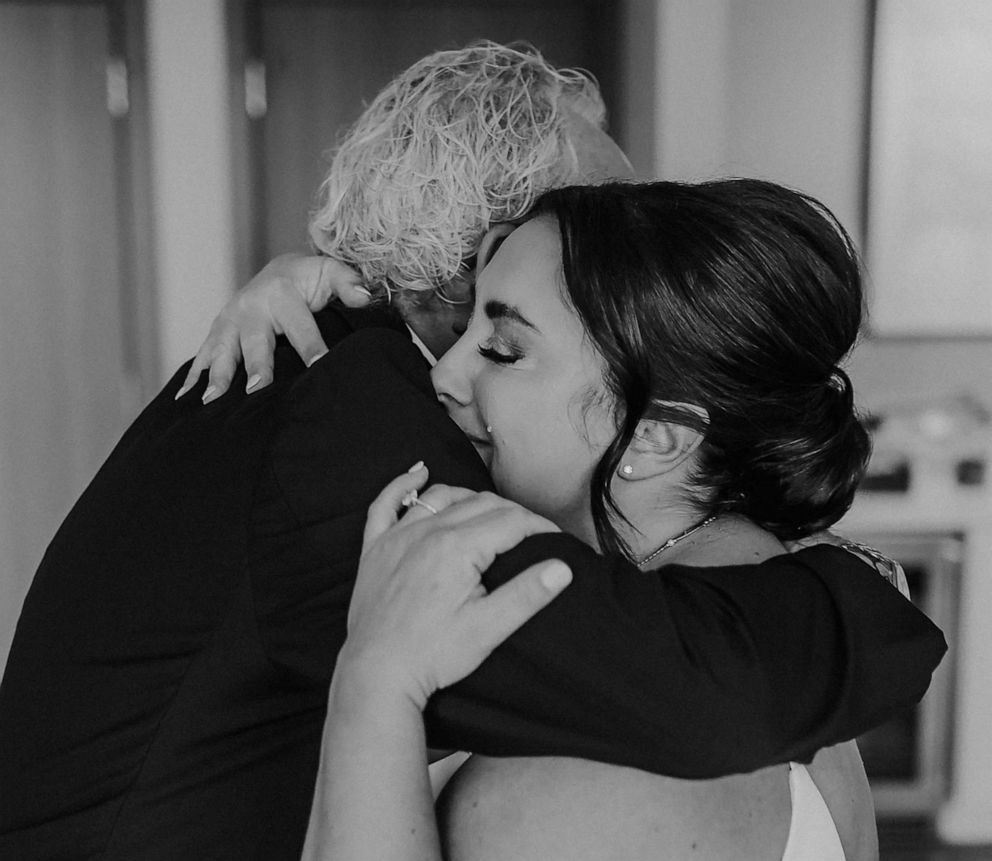 Ron Lestock and his daughter Nancy Krieger shared a hug during her Nov. 12 wedding ceremony.

Krieger, 30, credits her father for coming up with the dance mashup.

“When we were deciding on what dances we were gonna do, we were like, there’s no way that we can do just a slow song because we’re gonna cry the entire time and that’s uncomfortable for me and for all the guests, so my dad actually brought up the idea. He’s like, “We need to do a fun dance!'” Krieger told “Good Morning America.”

Lestock said he felt they should do something outside of the box from the beginning.

“I thought about it. I said, ‘You know what, let’s try doing something different other than the old you know, daddy’s little girl dance. You know?'” Lestock recalled to “GMA.” “So we thought about it and we each picked a couple songs.”

“We definitely still wanted to have that slow dance, father-daughter moment at the beginning. So we picked “My Girl,”” she added. “So we did that and then I was like, ‘Alright, you pick two songs and I’ll pick two songs.’ … the first song was Usher’s ‘Yeah!,’ second song was ‘Twist,’ which was a fun dance to do. My dad picked that one. And then I picked “1, 2 Step” by Ciara that was next. And then we closed it off with “Y.M.C.A.,” which was really fun because everyone was up doing YMCA. So it was a good mix.”

Krieger, who said she’s “super close” with her father, estimates the two of them practiced every week for about eight to nine months before her Nov. 12 wedding. 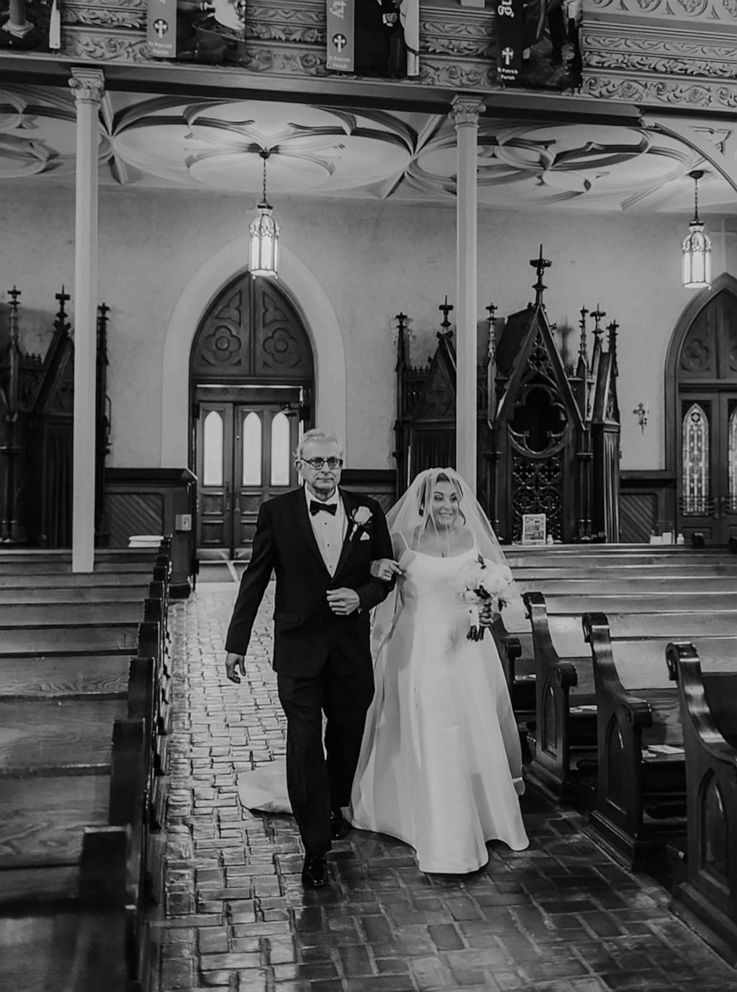 Ron Lestock walked his daughter Nancy Krieger down the aisle at her wedding at St. Patrick Catholic Church in Cleveland, Ohio, last month.

“When I went home, we would practice the dance in the living room and the kitchen to like, throw ourselves off, so we could make sure we weren’t gonna be nervous,” she explained.

And even though she was nervous to perform in front of her now-husband Andrew and 170 guests, she felt it was worth all the effort in the end to share “such a special memory” with her dad and their family and friends.

“Everyone was shocked,” Krieger said. “We did our rounds to all the tables after dinner and that was just the talk of the night like, ‘How long did you practice?’ So, it was a nice reaction.”

For all the fans online, Krieger hopes her video post can inspire everyone to make memories with their loved ones. 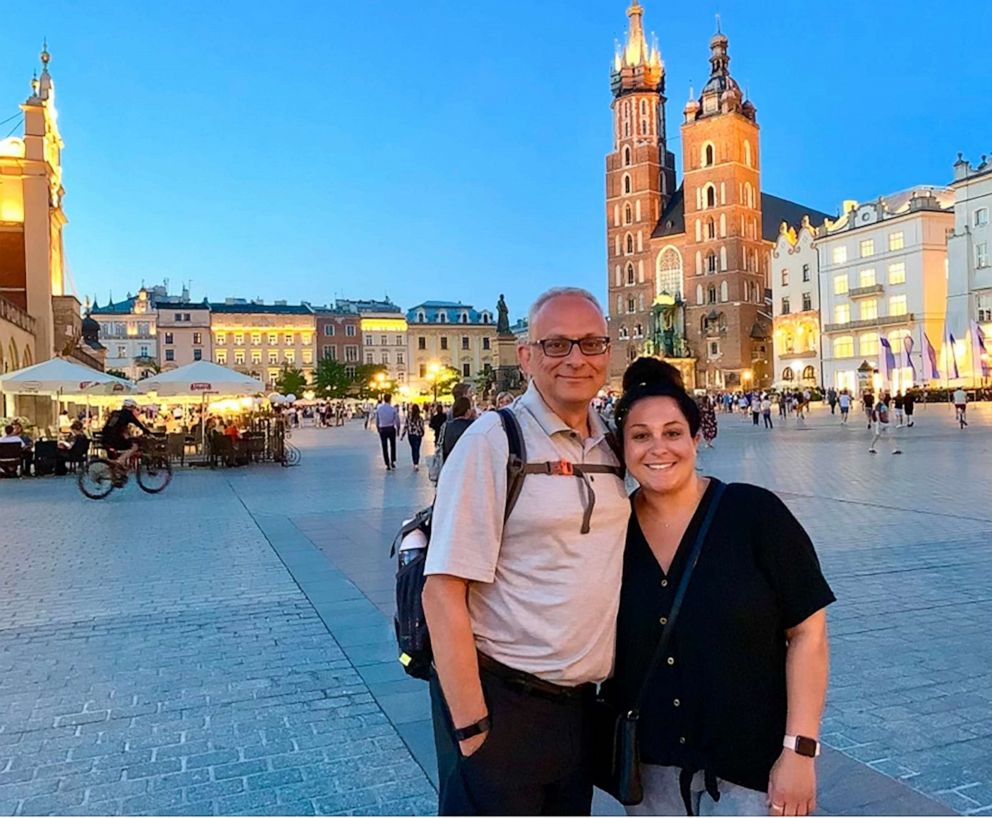 “I think it’s really easy to take things for granted and experiences that you’ve had or people in your life so I think if people could take away one thing, it would just to be really cherish those special and close relationships you have in your life and just try to make memories while you can,” she said. “Because I was going to back out on the dance a couple times when we were practicing [but] now I’m so glad I did it, just so we can have that memory together.”