Grandmother, 61, and 24-year-old husband plan to have first baby together 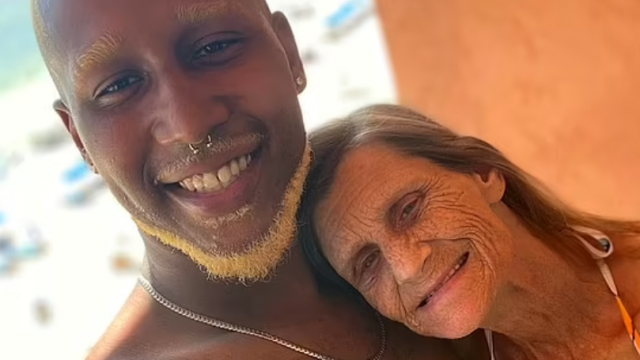 ‘We are looking for a nice surrogate who is willing to sign a contract to have nothing to do with the child after it’s born’
A 61-year-old grandmother and her new 24-year-old hubby have announced that they are planning to have their first child together.

Mother-of-seven Cheryl McGregor and Quran McCain met in 2012 while working at Dairy Queen- he was just 15 at the time. The pair lost contact but eventually rekindled in 2020 when Quran spotted Cheryl working in a convenience store.

After marrying last year, the couple is now ready to have a child. Cheryl, who also has 17 grandchildren, said they “feel they deserve children of their own”.

The couple initially decided to have a baby the au natural way, but were unable to, so now plan to use a surrogate even though they have “seen a lot of people embroiled in legal complications far after the child is born”.

Quran explained: “We are looking for a nice surrogate who is willing to sign a contract to have nothing to do with the child after its born.

“We don’t want people trying to have a baby for us for financial gain, we are not that financially inclined ourselves.”

Cheryl and Quran are also open to adoption but are specifically looking for a biracial baby so “he would feel that we are his true parents”.

“Our family is also very supportive of our decision to have children, at first they were hesitant for the same reasons.”