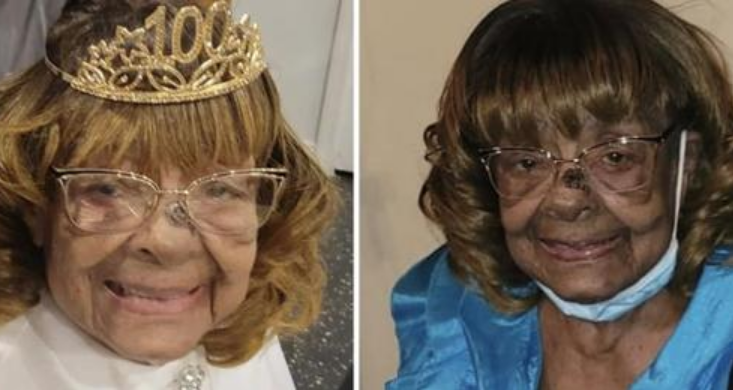 Some people are lucky enough to find their passion early in their lives and stick to it throughout their time on earth.

Similarly, this great-grandma knew what she wanted to do in life, and even as she turns 100 years old, she does it with the same joy and dedication as she did in her youth!

Jesse Vinson was born on October 12, 1922, in Colquitt, Georgia. She was the oldest of eight children, and hence grew up in a bustling home! Growing up, the family observed Christianity in the household.

As children, they would often partake in “playing church” and it was during one of these pretend games with her siblings that Vinson decided that instead of ‘pretending’ she was truly going to dedicate her life to God and the church. Her granddaughter revealed in her interview with 11alive, that this is when her grandmother decided to become a devout Christian.

Even though she had her fair share of troubles in life, which included being widowed twice, she was still steadfast in her faith. She made sure, whenever she could, she would help her neighbors or friends in times of their need.

She would often invite people going through problems to church and collect donations on the behalf of bereaved families to help them get by.

“She still prays, and she reads her bible every day and night. She loves God, her family, her church and community,” her oldest granddaughter, Shilliegh Lewis stated.

She now lives in Atlanta and has a big family to support her and spend time with. She has been blessed with seven grandchildren, 15 great-grandchildren as well as 20 great-great-grandkids, with one more joining the brood next month.

Vinson also enjoys sports and is an ardent supported of Atlanta Braves and the Hawks.

She celebrated her 100th birthday surrounded by her family and loved ones as she cut a cake and wore a beautiful tiara declaring her age!

It is always heartening to see people in their old age still being passionate about their causes and doing what they have always done.

We send Jesse Vinson a very warm birthday wish and hope she lives to see a lot more of them! Share this piece so others can wish Jesse on her birthday as well.