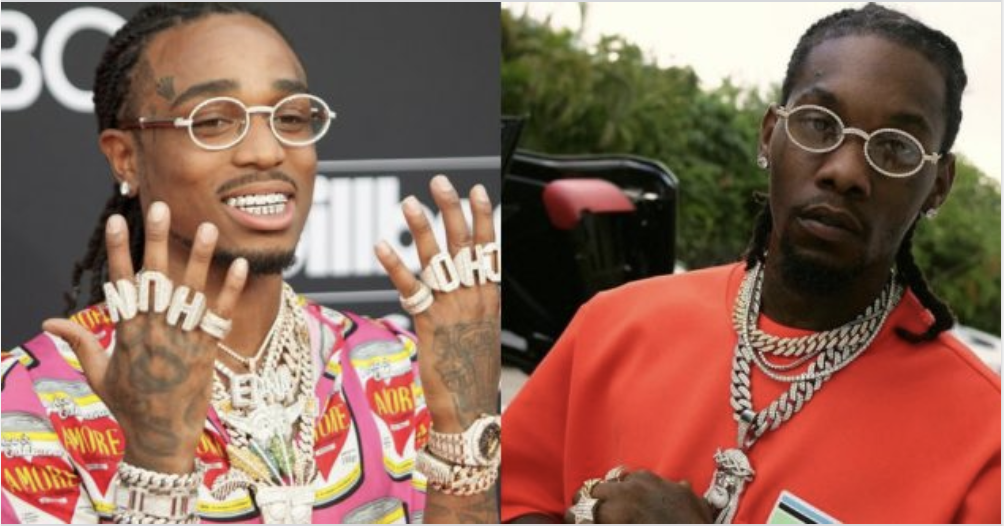 The hip-hop world is reeling from yet another rapper senselessly losing their life. This time it is Migos member TakeOff. The quietest group member, TakeOff was always vocal about staying lowkey and out of the way while his uncle and cousin took on most of the shine. Quavo was the group’s initial breakout star until Offset and his wife, Cardi B, were able to eclipse him in recent years. The tension between the family members boiled over into the music, resulting in Migos splitting up. Today, in light of TakeOff’s passing, fans are hoping for a reconciliation between the surviving Migos members.

The Migos debuted in 2013, gaining public attention thanks to their viral hit “Versace.” Remixed by Drake, the song managed to crack the Billboard Hot 100, setting the group up for a mainstream crossover. Born Quavious Keyate Marshall, Kirshnik Khari Ball, and Kiari Kendrell Cephus, the men are all family. Quavo is Takeoff’s uncle, and Offset is a cousin. They initially went by Polo Club before changing their name. Migos was a reference to the name “Three Amigos,” a popular film from the ’80s.

The guy enjoyed several huge hits as a trio, including four top-10 records. Their biggest hit was “Bad and Boujiee” while the song “Stir Fry” currently sits at over 500 million streams on Spotify. The guys also managed to get Cardi B and Nicki Minaj on a song together early on, helping solidify Cardi B’s mainstream ascend. Eventually, the guys would all branch off, scoring success as solo acts and features.

A rift became apparent earlier this year, when TakeOff and Quavo began performing and touring alone. Eventually, they would release an album together called “Only Built for Infinity Links.” When discussing the status of Migos while promoting the project, the men told Big Boy, “[We] just feel like we want to see our career as a duo.” Quavo elaborated, stating, “Because we came from a loyal family. [We] supposed to stick together. Sometimes when shit don’t work out, it ain’t meant to be.”

The guys pulled out of some headlining performances as The Migos and Offset is reportedly suing their label Quality Control for control of his career. Fans have been speculating that all of this is due to a rumor that Offset had an affair with Quavo’s ex-girlfriend, rapper Saweetie. Quavo reportedly hints at this on a song called “Messy” from his ep with TakeOff. The lyrics go, “B* f** my dawg behind my back, but I ain’t stressin’ (Not at all)/You wanted the gang, you shoulda just said it, we would have blessed it (You shoulda just said it)/Now s*** got messy (Uh).”

Whatever caused the rift, fans are hoping that Quavo and Offset will settle things and come together as a family during this very tough time. Many believe it’s time for the two to put their issues to the side. Fans are commenting under Offset’s pictures, saying, “Life too short to hold grudges,” and “Go check on yo boys.” Takeoff was shot in Houston early this morning and pronounced dead at the scene.

No statement has been released by Quavo, who was present at the incident, or Offset.