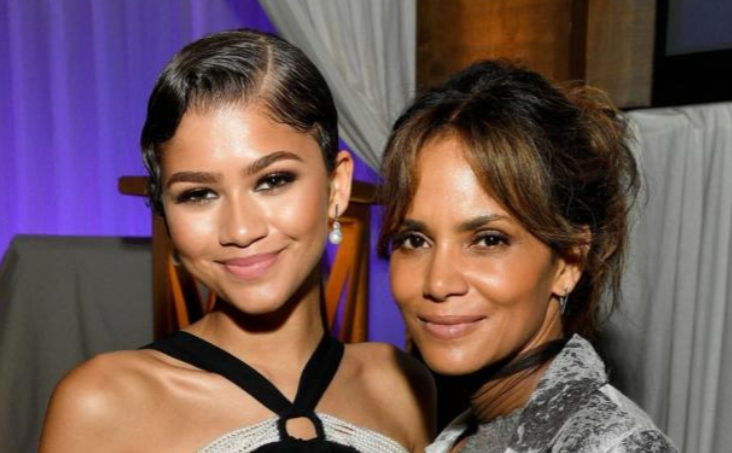 Talking to Variety for their ‘Up Next’ series, Berry says Zendaya represents the future of Hollywood.

In that Zendaya’s career that is just beginning and the awards and accolades she has received at such a young age, the Oscaar winner says she is confident it’s only the beginning for the Spider-Man: No Way Home star.

Halle Berry on Zendaya’s accomplishments and future
Berry is confident that Zendaya will continue down a trailblazing path suggesting, “She’s going to write, direct and go further than I did in less time.”

Zendaya has already won an Emmy for her performance in HBO’s Euphoria, becoming the youngest woman in history to win the award.

Berry went on to praise Zendaya’s talent as an actor, saying, “She’s brave, not afraid to take chances, authentic and wildly beautiful,” added Halle, while praising the actress. “She’s not afraid not to be beautiful. I see her as an actress who will fight to be greater than her beauty. She’s not relying on it. She’s working hard as an actor, and she will take risks. I think she will surprise us along the way.”

“I’m hopeful that the younger generations, the ones coming behind me, will be able to take the ball that I leave them and carry it even farther,”

Like Berry, Zendaya also has the drive to use her career to build more diversity and representation. Earlier this year, she said, “If I ever do become a filmmaker, I know that the leads of my films will always be black women.”