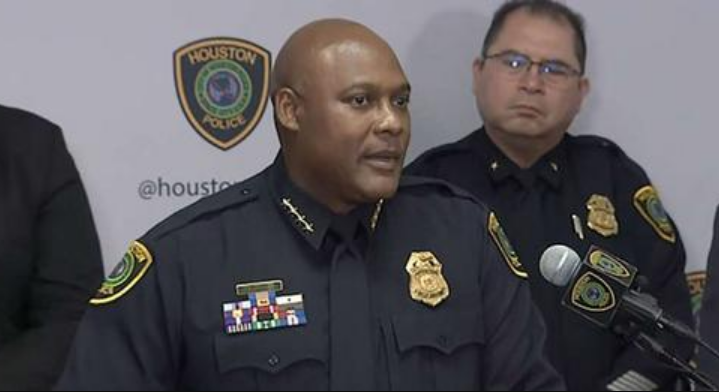 The search is still on in connection to Migos’ rapper Takeoff and the incident that claimed his life on November 1st. The incident took place in Houston, Texas, at an after-hours event hosted by local hip-hop royal J. Prince. Despite fans online claiming to have pieced together what went wrong, authorities still remain on the lookout to discover which individual or individuals are responsible. Now they are asking for patience as they still try to solve the case.

HPD have been actively keeping fans in the loop of their search through Youtube videos and tweets. One of their first tweets was a call to action for anyone who may know anything in connection to that evening. Eagle eye fans began theorizing in the comment section about members of Quavo’s entourage, J Prince, and more. Despite them providing tons of evidence, it seems the police are still figuring out their leads. There has also been rumors that the individual responsible life was taken. However, that information has been debunked.

Police Chief Troy Finner later did a press conference asking that people not turn this into a witch hunt or crucifixion of hip-hop artists. Instead, Troy wanted to connect with more artists both on a local and national level and create more awareness ongoing violence. He asked that everyone “stand together and make sure nobody stares down that industry. I want to meet with some artists and see how we can taper things down. I’m calling up on everybody. We got to police ourselves.”

In the latest press conference, almost three weeks since TakeOff’s passing, the HPD was feeling the heat from fans and family members and addressed the lag in any updates. Finner promised they were working overtime but did not want to accuse the wrong person or send TakeOff’s family on a “rollercoaster.” “I want everyone to be patient and just understand there will be some justice here in Houston, Texas.” This is a clear response to fans who are getting upset and criticizing the department for dragging its feet. Finner goes on to say, “we as a city need to find out and do what we can to make sure we identify and locate those individuals or that individual.”

Prior to this latest incident, many people have pinpointed one individual who may be responsible, but this is the first time, there was any details suggesting it could potentially be more than one person considering the later rapper was struck multiple times. On Twitter, some are speculating on why things are taking so long. One person said, “I don’t think the Houston PD will seek Justice for takeoff fr. But I wonder if the reason no action will be taken is bc both entourages shot him? #Takeoff.”

Since the funeral more tributes have poured in celebrating the life TakeOff. Rapper Saweetie remembers the rapper as a wonderful human being during a Complex interview while promoting her new project ‘The Single Life.’ ““I feel like the world stopped. He was a wonderful human being. I mean wonderful, like hella dope. My heart, my condolences go to his family. It’s just really surreal. I feel like Hip Hop is in a really eerie state right now.” Most recently Takeoff’s father was gifted a custom painting of his son from celebrity artist, Ron Da Don.

We’ll keep you posted as this case develops. Let’s keep Takeoff’s family, friends and colleagues lifted during this difficult time.