‘I Need You Now More Than Ever’: R&B Singer Usher ‘Lost’ and Devastated Following The Loss Of His Grandmother 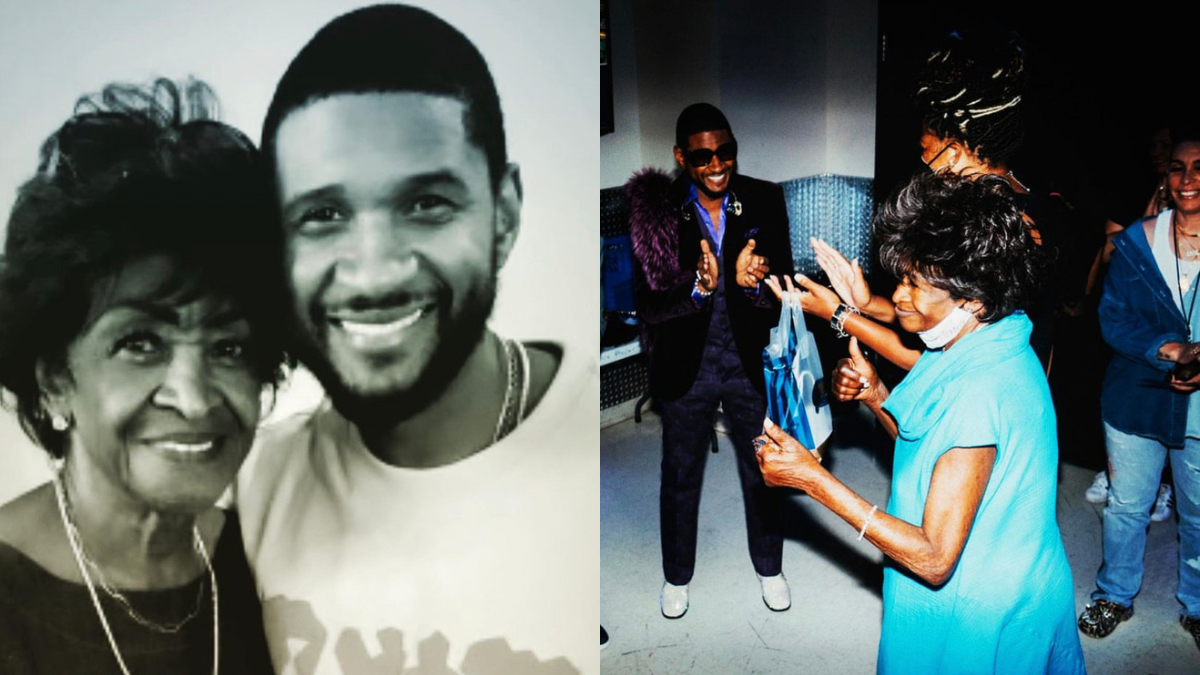 Usher is mourning the loss of his grandmother after what has otherwise been a successful year for the R&B legend. While everyone is celebrating the holidays with their loved ones,

he is grieving and recently took to Instagram to let fans know how difficult the process has been for him. Let’s look at his year and the recent tribute he made to his grandmother.

Usher took his signature dance moves, vocals, and extensive catalog of hits to the Vegas strip and has been making a killing. The “My Way” Vegas Residency, named after his groundbreaking sophomore album, has had stellar reviews and has been renewed several times over,

with new shows being added through February of next year. “VEGAS! By popular demand, I’ve added new shows to my Vegas Residency this February 24, 25 & March 1 at Dolby Live at Park MGM!” he announced a few days ago.

He’s had several big names come and join him during his sold-out shows, from Miguel to Tevin Campbell, Teddy Riley, Ne-Yo, Robin Thicke, and Donell Jones. Chris Brown even joined him for a few shows.

“My Way” actually turned 25 years old back in September. Usher celebrated by recreating some of the album’s photos, including its signature cover art with the famous “U” chain he rocked at the time.

He did a special repackaging and rerelease as well, exclusively for fans. “I’m celebrating 25 years of ‘My Way’ with a very special release.

You can pre-order the deluxe anniversary vinyl edition from @vinylmeplease pressed on 180g Silver Cloudy vinyl with all-new album art paying homage to the original cover from 1997 AND exclusive, reimagined tracks.”

He celebrated over a series of posts, including a sponsored one with Spotify, where he discussed the project being his first #1 record and how it introduced him properly to the world.

2022 brought with it some viral moments for Usher too. While participating in NPR’s Tiny Desk series, he performed “Confessions” off his 2004 album of the same name. While acting out the opening line “watch this,” he flashed his fingers over his eyes, and it instantly took the internet by storm. The moment introduced Usher and “Confessions” to a host of new people unfamiliar with his catalog. The performance came around the release of his single “Good Love,” a collaboration with City Girls, which also got him some wonderful buzz this year.

Unfortunately, life cannot be all highs. Usher is capping off an incredible year by having to say goodbye to his grandmother. In a lengthy post, Usher admits to having difficulty letting her go and not being able to process it all. “It’s taken me a few days to come to grips with the fact that my Grandma Tina is no longer with me. I’m praying for clarity and strength for all whom relied on her.”