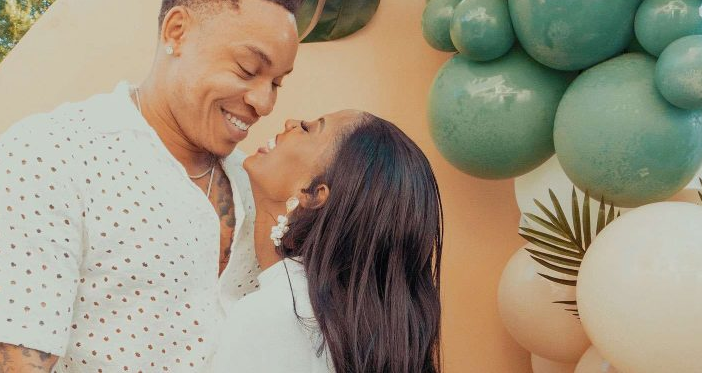 The 33-year-old Power actor and his singer/songwriter fiancée, 34, made the announcement at a glamorous gender reveal party, which rendered the incredible surprise of them expecting a girl.

In the photos shared, the pair reveal they’re expecting a baby girl as Rotimi opens an umbrella to release pink confetti that rains over the couple. Vanessa Mdee jumps up at the discovery.

Vanessa also went ahead to caption her joy in an Instagram post. She wrote, “Baby No. 2. GLORY TO GOD … it’s a girl.”

On his side, the Power actor shared the same clip and captioned it: “Baby #2! It’s a girl.”

The two also told People in an exclusive interview that they were excited and overjoyed with the news.

“We’re excited to announce that our baby girl is on the way. What a beautiful testament to GOD’s favor. We are overjoyed.”

Rotimi and Vanessa are already parents to a son, Seven, whom they welcomed in September 2021 by curating a sweet post on IG.

Rotimi, who recently released a new hit single Make You Say, and Vanessa, shared a close-up of their newborn’s hand on their accounts and revealed his name alongside a crown and dove emojis in the caption.

Rotimi and Vanessa met at an Essence Festival afterparty in New Orleans and have since been “inseparable.” As Rotimi put it: “Vee headed back to Africa (at the time), but we quickly realized we couldn’t and didn’t want to live without each other.”

Congratulations to the couple!