Jada Pinkett Dishes On Past Roles: Says ‘Set It Off’ Should Have Been Marketed More Universally And Explains Why She Wanted Horrific ‘Scream 2’ Death 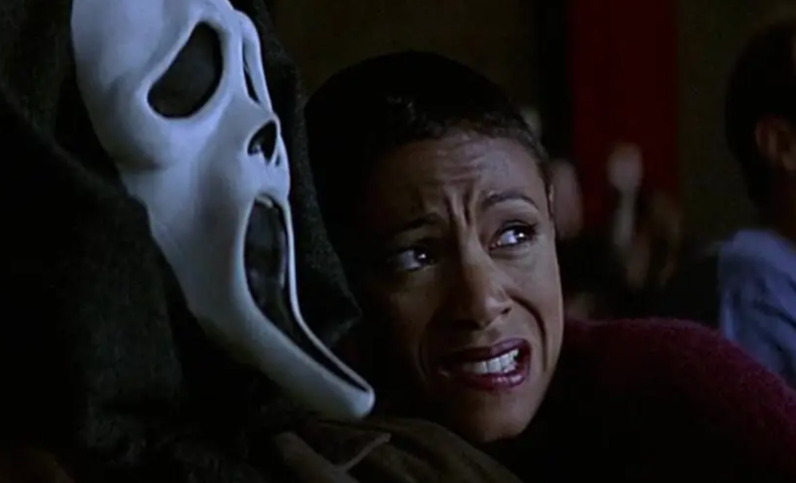 People TV’s Couch Surfing gives Jada Pinkett Smith the spotlight and takes a quick retrospective over her most iconic film and television roles.

The actress sat down with Lola Ogunnaike to look back at some of her best roles in films such as Set It Off, Menace II Society, The Nutty Professor, Scream 2, and Ali with Will Smith, as well as her role as Lena James on A Different World.

Part of her time on A Different World was shared with her childhood friend and legendary rapper Tupac, who played Lena’s ex-boyfriend, Piccolo. Their time together on the show was indicative of the strength of their friendship. “We were always trying to look for opportunities to work together. It was because of ‘Pac that I got Menace II Society.”

Her role in Set It Off, which remains a classic, could have been even more popular, said Pinkett Smith, if it was marketed more universally.

“This movie at that particular time was marketed as just an urban film, but it’s not an urban film,” she said, adding that Hollywood at that time didn’t understand that having a black cast didn’t automatically make a film a “black film.”

“I remember saying to the director at the time [Wes Craven] that I want to die the most horrific death that’s ever happened in a horror film, and I want it to be long and excruciating,” she said. “And he said, ‘Cool.’”

Another of her career-changing turns came in the comedy Girls Trip, in which her character Lisa Cooper lets loose a stream of urine over the crowd during Mardi Gras.

“I always like doing stuff that people won’t expect,” she said, adding that people believe the person they think she is wouldn’t be up for playing a role in which their character gives everyone in the crowd a golden shower. “The Jada that I am definitely would,” she said.

Even though Pinkett Smith knows herself well, she didn’t think she’d be starring opposite her husband in Ali, nor did she think he’d make a convincing Muhammad Ali.

“I didn’t believe he could pull it off,” she said. “Boy, did he prove me wrong!”

Regardless of the twists throughout her career, one thing that Pinkett Smith said has always helped her is the power of hearing other people’s stories of triumph, which is what fuels her show Red Table Talk with her mother, Adrienne Banfield-Jones, and daughter, Willow Smith.

“I do know that testimony is a powerful elixir…Having three generations of well-written-upon women..to be able to talk about our journey through those three different lenses…is such a treasure.”