Jemele Hill Says Her Mother Showed Her What Crack-Cocaine Looked Like At A Very Young Age On the next episode of ‘Red Table Talk’ Hill talks about the generational trauma she experienced while her mom relied on drugs to cope with severe PTSD. 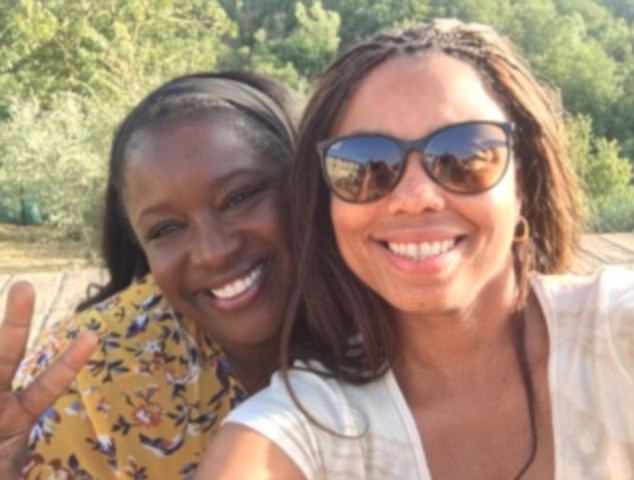 Emmy award-winning journalist Jemele Hill and her mother Denise Dennard, join the latest episode of Red Table Talk to reveal the pain passed down generationally in their family after Denise was abused, raped and relied on drugs to cope with severe PTSD.

In the episode streaming on Wednesday (Oct. 26), the mother and daughter join Jada Pinkett Smith, Adrienne Banfield-Norris and Willow Smith for their first interview together to peel back the layers in a raw emotional conversation about all of their traumas and how the adversity they experienced throughout their childhoods shaped them into who they are today.

“When did you realize that things were not quite right in your family?” Banfield-Norris asked to kick off the RTT conversation.

“I would say when I was about 6-years-old and that was when my mother was raped. The fall out from that just kept happening. I just saw my mother falling apart [and] as a kid, you know something is wrong but you don’t know how to put your finger on it. As she continued to work through what we know as PTSD, all I could see was her slipping away,” Hill shared citing excerpts from her memoir Uphill.

Adding, “When you know that you’re the child of somebody in addiction is that you absorb so much of that. You enable, you navigate around and all I could do was be mad about the fact that I could not have this normal childhood and I couldn’t explain to people why. It felt like so much was being taken.”

Responding to Willow Smith’s question about how Hill saw her mother slipping away, the 46-year-old recalled the moment that her mom showed her what crack-cocaine looked like.

“She’s dealing with trying to understand the pain that she is in but at the same time mother enough to tell me ‘Do not do this ever. I’m suffering from something that I don’t even understand but I know one thing, I don’t want you to trade places with me,’” she said. “That’s when I knew she is not okay and I don’t really know what this is but I just don’t know how she’s going to get out of it or how we’re going to get out of it.”

She continued: “Seeing her battle with this addiction and battle with that fear, [that] was always present, it was obviously something that I was always observing so it made me a bit of a porcupine and I didn’t want to share anything. This vulnerability stuff is costly.”

Dennard, later provides more insight into the spiraling traumatic events that ensued after her mother’s brother raped her, which later turned into her running away from home, and all the other events to follow.

Be sure to watch the new episode of Red Table Talk: I Saw My Mother Falling Apart streaming on Wednesday (Oct. 26) at 9 am PT/ 12 pm ET on Facebook Watch.