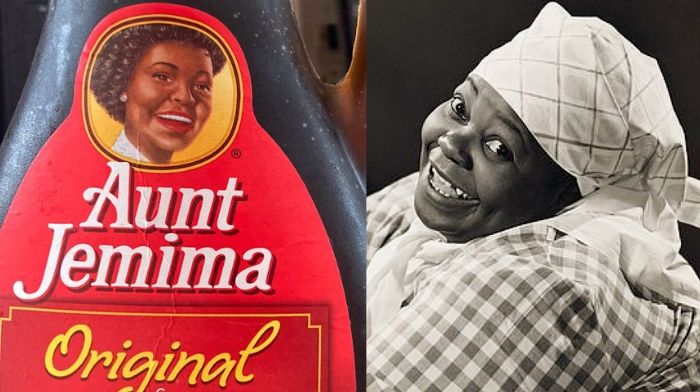 After Quaker Foods announced its rebranding, the great-grandson of the real Aunt Jemima expressed his fury that cancel culture is erasing her legacy.

Yesterday, we reported that Quaker Foods caved to calls to “cancel” Aunt Jemima, and that the brand will be renamed. Now, the great-grandson of the real Aunt Jemima, Anna Short Harrington, is speaking out to express his anger and disappointment that her legacy is being erased.

Great-Grandson Of “Aunt Jemima” Anna Short Harrington Speaks Out
“This is an injustice for me and my family. This is part of my history, sir,” Larnell Evans Sr. told Patch. “The =they talk about, using images from slavery, that comes from the other side — white people. This company profits off images of our slavery. And their answer is to erase my great-grandmother’s history. A black female. … It hurts.”

Former enslaved woman Nancy Green debuted the first “Aunt Jemima” at the Chicago’s World’s Fair in 1893. Green was a cook who worked in the South Side of the city. She was hired to wear a headscarf and an apron while serving pancakes to those visiting the fair.

She continued to portray the character of “Aunt Jemima” until her death in 1923. Then, Evans said his grandmother Anna Short Harrington took her place.

Quaker Foods Uses Anna Short Harrington’s Likeness
Harrington worked as a cook for Syracuse University fraternities where members loved her pancakes. She was discovered by a Quaker Foods representative while serving her pancakes at the New York State Fair in 1935.

Quaker Foods hired her immediately and used Harrington’s likeness on products and advertising while also sending her all over the nation to serve her pancakes dressed as “Aunt Jemima,” making her a national celebrity in the process.

“She worked for that Quaker Oats for 20 years. She traveled all the way around the United States and Canada making pancakes as Aunt Jemima for them,” Evans said. “This woman served all those people, and it was after slavery. She worked as Aunt Jemima. That was her job. … How do you think I feel as a black man sitting here telling you about my family history they’re trying to erase?”

Evans, a 66 year-old veteran of the U.S. Marines who lives on disability, said that Quaker Foods also used Harrington’s pancake recipe. Her descendants tried to sue the company for $3 billion for not paying them royalties in 2014, but they lost the case.

Evans Doubles Down
Evans said that Quaker Foods should admit that they profited off images of slavery as well as the likenesses of Green and Harrington, rather than erasing them from shelves completely.

Some folks are like minded and shared their thoughts:

“How many white people were raised looking at characters like Aunt Jemima at breakfast every morning?” he said. “How many white corporations made all them profits, and didn’t give us a dime? I think they should have to look at it. They can’t just wipe it out while we still suffer.”

“After making all that money —and now’s the time when black people are saying we want restitution for slavery — they’re just going to erase history like it didn’t happen?” Evans added. “They’re not going to give us nothing? What gives them the right?”

But, Quaker Foods has announced that Aunt Jemima imagery and branding will be removed from all products by the end of the year