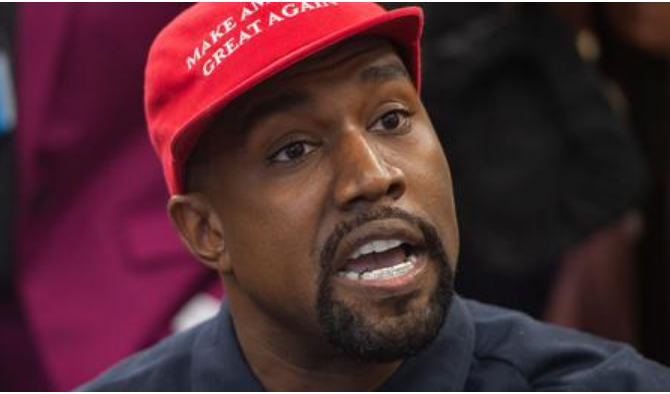 Kanye West claims Donald Trump insulted him and his ex-wife Kim Kardashian during a meeting.

On Thursday, Kanye tweeted a video recapping a conversation with Trump. Kanye recently visited Trump at his Florida estate with alt-right political commentator Milo Yiannopoulos. In the video, Kanye claims Trump said disrespectful words about Kim and said he was going to lose the upcoming presidential election.

“But then he goes on to say that, ‘Kim is a [bleep], you can tell her I said that,’” he said. “And I was thinking like, ‘That’s the mother of my children.’ Since we and all the Christians in America that love Trump, know that Trump is a conservative, we’re gonna demand that you hold all policies directly to the Bible.”

He added, “When Trump started basically screaming at me at the table telling me I was gonna lose. I mean, has that ever worked for anyone in history? I’m like, ‘Woah woah, hold on, hold on, Trump. You’re talking to Ye.’”

However, Kanye believes Trump became infuriated after being asked to be Ye’s vice president.

“I think the thing that Trump was most perturbed about [was] me asking him to be my vice president,” he said. “I think that was, like, lower on the list of things that caught him off guard. It was the fact that I walked in with intelligence.”

According to Timcast, Kanye shared on Twitter, Trump called Kim “disgusting” and was “angry” with Kanye during the meeting.

Kanye recently announced he is officially a candidate in the 2024 presidential election. The Yeezy owner ran for president in 2020 but conceded after receiving roughly 70,000 votes across 12 states.