Kris Jenner Confesses Khloe Kardashian Thought She Was A Dog As A 4-Year-Old Kid: “She Would Lick A Stranger’s Legs…” 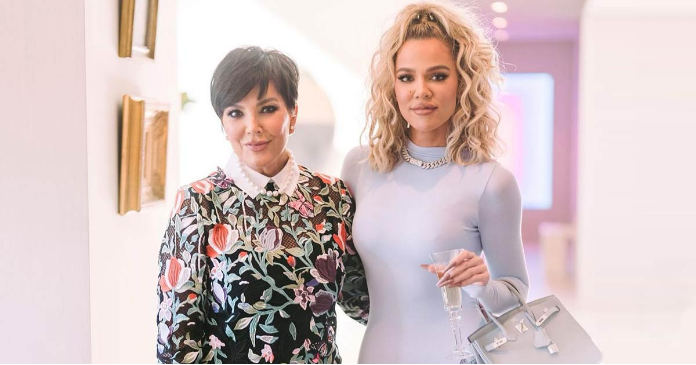 Khloe Kardashian pretended to be a dog when she was a kid, reveals her mother, Kris Jenner. The Kardashian-Jenner clan is always in the news over something or the other. When it comes to Khloe, a lot has been happening in her life as well. The youngest Kardashian sister recently welcomed her second kid.

It is a baby boy whom she shared with her ex Tristan Thompson. Before this, she gave birth to her first kid, True. Besides this, the Good American founder created a lot of buzz after it was revealed that her baby daddy cheated on her again.

Not only did Tristan Thompson cheat on Khloe Kardashian, but he also gave birth to another kid while he was with the reality star. Coming back to the point, the Kar-Jen sisters are in the news a lot over everything and anything. This time Khloe hit the headlines after it was revealed by Kris Jenner that she pretended to be a dog.

In the latest The Kardashian episode, Kris Jenner gave insight into what Khloe Kardashian was like as a child. “When Khloe was 4 years old, she thought she was a dog,” Jenner said. “And so she would bark at everyone. She would lick a stranger’s legs, she would beg for food, it was, she was wild,” the momager added.

The confession was made while the family celebrated Khloe’s daughter True’s birthday. Meanwhile, a lot has been said about her dating life after calling it quits with Tristan. Previously, the KUWTK star was said to be dating a private equity investor.

However, that ended quickly. She was also linked with 365 Days actor Michele Morrone after they were snapped in a cozy pose at the Milan Fashion Week. But those rumours were shut down. A source also opened up about Khloe Kardashian’s dating life and claimed that she is keeping her option open.