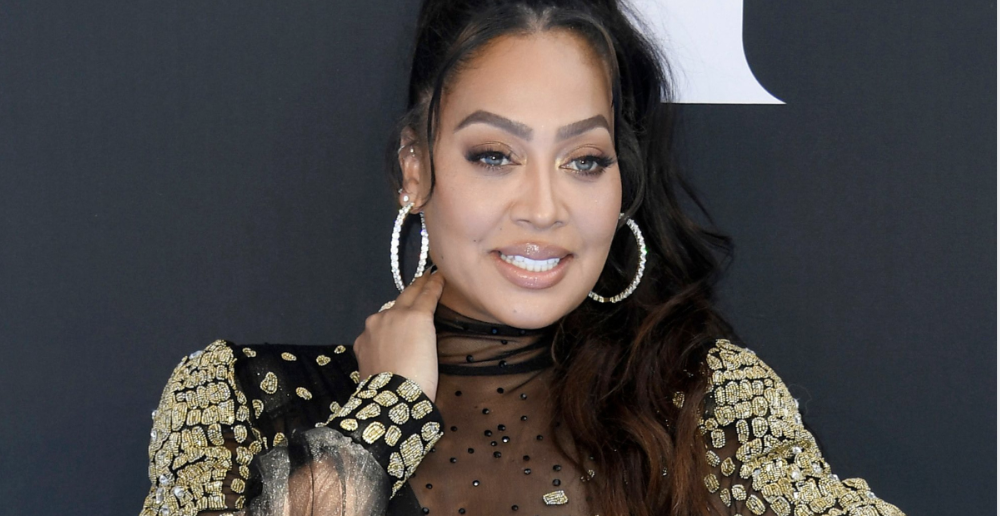 Lala Anthony has come a long way from the MTV VJ we met back in the early ’00s. Back then, she was Lala Vasquez and our faithful host of TRL and Direct Effect. These days, the mother of one is a powerhouse media mogul with several hit television shows and massive endorsements to her name. Could a new man also be in Lala’s life?

We’ve watched Lala’s relationship with ex-husband Carmelo Anthony crumble in tragic fashion. The beautiful couple was once goals for many. The couple began dating back in 2004. Nearly one year later Carmelo Anthony proposed to Lala Anthony Christmas of 2004. However, the engagement lasted six years before they tied the knot in 2006 at Cipriani’s New York on Lala’s Full Court Wedding. The event was televised on VH-1.

The years that followed would watch the couple grow in beautiful ways, welcoming their son Kiyan Carmelo Anthony only a few years. Both Lala and Carmelo would see their careers continue to soar. As Melo remained one of the top players in the NBA, Lala began scoring more acting roles, becoming a prominent player in 50 Cent’s Power universe before jumping ship to his other series BMF.

Unfortunately, Melo went the way of various other NBA players and began exploring other women while out on the road playing games. Melo has been caught up in quite a few scandals and it was getting harder to defend him. It seemed the couple really wanted to make things work both for themselves and their son. However, as the rumors continued to persist and women began coming forward, it made it harder for Lala to stand by her man.

Things came to a head in 2017 as women began coming forward with proof that Melo was cheating and making babies outside of his marriage. Mia Angel Burks is allegedly the woman who Melo was cheating with. Despite Carmelo and Lala maintaining their silence on the situation, Mia came forward on social media to defend her daughter after people kept coming for them. “Her father may not defend her, but I will ’till the end,” she wrote in 2018 on I.G. when people were discussing her daughter. “She didn’t ask to be here, and it doesn’t matter how she got here, she’s here.”

Other sources reported that Melo also fathered twins with Lee Daniels’s niece. This is the woman he was rumored to have shipped off the U.K. Lala’s best Kim Kardashian reportedly hired a private investigator to help Lala locate the woman and find proof that she existed so Lala could finally file for divorce. Lala started stepping out around that time sans her wedding ring and began displaying clear signs of being a single woman. This included face-timing her son at basketball games so he could see his dad while she looked away, completely uninterested. Lala spoke to Angie Martinez about the whole ordeal in 2021 and let fans know she had been single for quite some time before announcing her split publicly with Melo.

Lala said that her lawyers and friends clowned her for being shocked at Melo cheating. One lawyer told her, “‘He’s a basketball player; what did you expect?’ I’d like to be honest, I didn’t expect that! I didn’t go into this marriage expecting that!” Lala said the whole ordeal was very painful and felt like dealing with a death. However, therapy and her obligations to her son and her career helped her stay focused as she healed. “Therapy, there’s always been a stigma around therapy. Allowing myself to feel the feeling that you feel when you go through this [helped]”

Lala joked during the interview that people had been in her D.M.s, but she had not worked up the nerve to date just yet. However, fans think that might have officially changed. B Scott recently reported that Lala might be dating her BMF co-star Da’Vinchi. Lala and Da”Vinchi were photographed holding hands recently and appearing very much like a couple. Lala is 39 years old, while Da’Vinchi is only 26.

Sites describe Da’Vinchi as “a Haitian-American actor with a magnetic charm. Starting his career in NYC as a spoken word artist and rapper, he quickly fell into the acting realm. His real name is Abraham D. Juste.” This would be Lala’s first public relationship since her divorce from Carmelo was finalized last summer.

Are you here for Lala and Da’Vinchi dating? Let us know what you think.