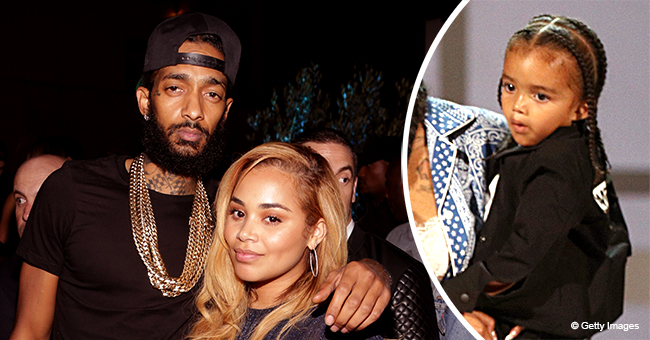 Lauren London, 34, granted guardianship of son Kross so he can inherit his father’s fortune.

Things have been disastrous for Nipsey Hussle’s family since his death earlier this year. The family is still grieving but there’s always business to take care of.

Recently, Hussle’s partner Lauren London, was granted guardianship over their 3-year-old son Kross Asghedom. This effectively puts London in charge of Nipsy’s fortune (half of his estate) which Kross will inherit.

Kross, 3, is set to inherit half of Nipsey’s estate which is worth $1 million. According to reports, London has never had any problems with Nipsey’s family when it comes to raising Kross.

Hussle’s family has not been in good terms with Foster and the late rapper’s brother Samiel Asghedom and sister Samantha battled custody over Emani.

The judge granted Hussle’s family guardianship over 10-year-old Emani as Foster was deemed an unfit mother.

Hussle’s brother Samiel is also the manager of his estate which is worth $2 million. According to reports, Emani will inherit the other half of that estate.

Nipsey Hussle and Lauren London had a stable relationship until his death this March. The couple started dating in 2013 and London gave birth to Kross in 2016.

The rapper was shot in front of his Los Angeles store ‘Marathon Clothing’. Nipsey’s killer is currently awaiting trial.