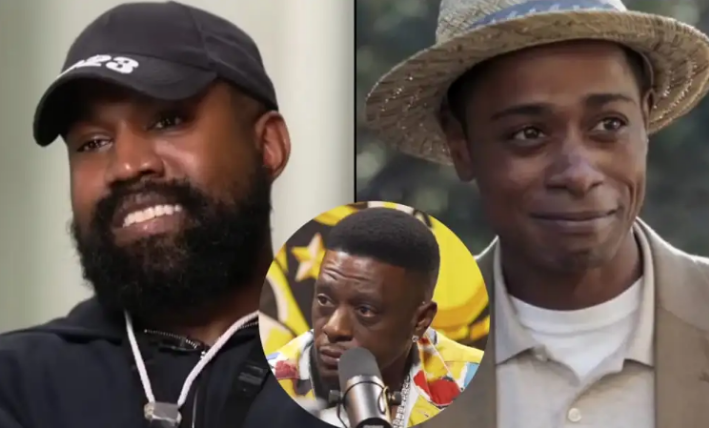 Lil Boosie is convinced Kanye West is the real-life version of Jordan Peele‘s 2017 film, Get Out.

Ye has been going full throttle in the streets of social media after receiving backlash for his White Lives Matter t-shirts.

Boosie, like many others, was completely outraged by the t-shirts and he didn’t mince words when he publicly blasted Kanye.

N the black people who still support you r even sadder‼️

LAST TIME SPEAKING ON THIS 🤡 #Kanyewestdoesntlikeblackpeople

DO US A FAVOR N BLEACH YOUR SKIN ALL WHITE‼️ Thanks

Boosie also appeared on the BET Hip Hop Award-winning podcast, “Drink Champs,” to get a few more things off of his chest regarding Kanye West.

Watch the “Drink Champs” clip below.

Kanye West has been going ham, bologna, and cheese in the streets of Instagram by using his platform to spew his nonsense, launch attacks on his critics, expose private text messages, and clap back at anyone who publicly denounces his agitating antics.

Ye posted an image of a Google image search on Boosie with the caption:

DON’T SPEAK ON ME LIL BOOSIE SPEAK TO ME YEAH LITTLE NERD ASS ME COME SMACK ME OR COME SHOOT ME IM THE ONE THAT GOT BULLIED BY THE ENTIRE BLACK CELEBRITY COMMUNITY NOW IM BACK TO SHOOT THE SCHOOL UP.

See a screenshot of the Kanye West’s post about Lil Boosie below.

Boosie took to Twitter and posted a video reaction to Kanye’s post and he is convinced the man, who was once hailed as a musical genius is not the real-life version of Get Out.

It appears Kanye West’s response to Boosie has him alarmed.

HIS LOVE ONES REALLY NEED TO GET @kanyewest HELP ‼️THIS THE “GET OUT” movie N REAL LIFE SMH
See the original tweet below.

Kanye West’s antics have garnered much more attention than he actually deserves and it’s prompted a lot of chatter on social media.

Before you go, read a few tweets below.

What are your thoughts on Kanye West’s tomfoolery and do you think Lil Boosie’s Get Out comparison is an accurate assessment?