Lil Scrappy Tearfully Confronts Momma Dee For Raising Him In A Whorehouse, Making His Life Difficult 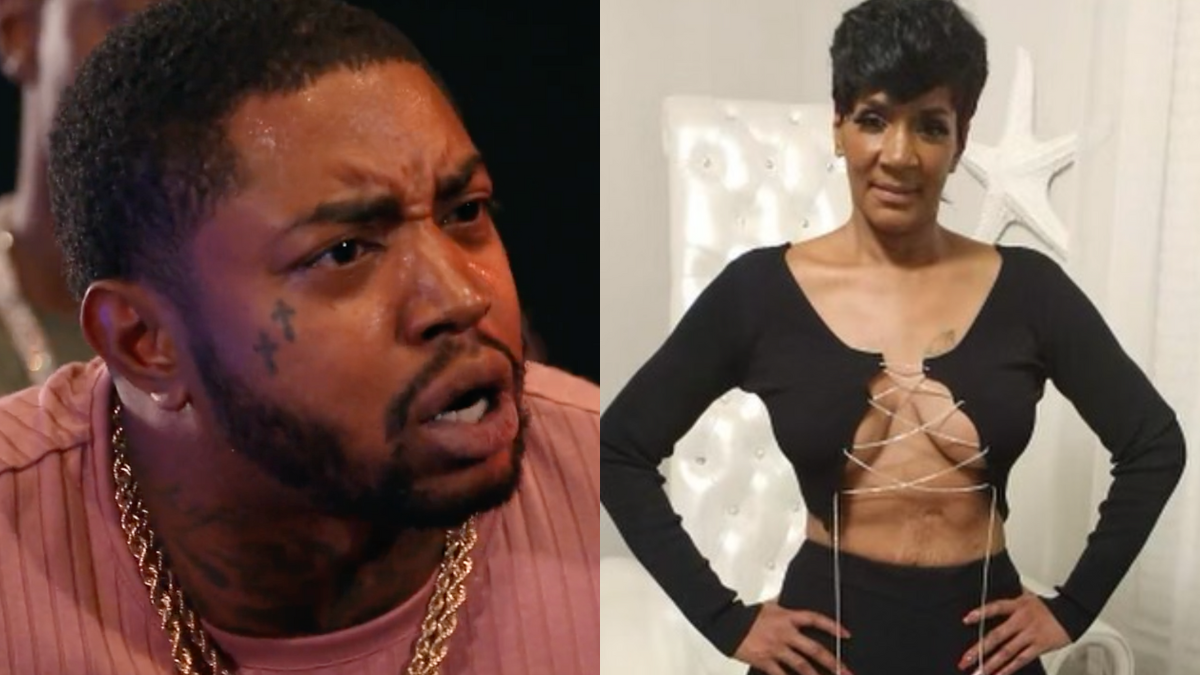 Lil Scrappy and Momma Dee continue to air out their grievances for the world to see. The reality television family is in their latest season of Love & Hip-Hop, where their rift is clearer than ever.

Scrappy is learning to express himself in new ways and communicate to his mother what things hurt him as a kid growing up. The latest has been them discussing her raising him around crime.

Fans following along know that this season Momma Dee’s issues with Scrappy’s wife, Bambi, have escalated. So much so that at the top of the season, Scrappy revealed that his mother was not even allowed in his house.

During an IG live, Momma Dee vented, calling Scrappy “weak” and saying his wife was just insecure about her relationship with Scrappy’s ex-girlfriend Shay. In a clip from their latest episode, posted to Love & Hip-Hop’s official Twitter account, Scrappy gets emotional as he details how deep the drama and trauma from his mother goes.

While out with cast members, Scrappy declared, “f* cameras and all that s*.” He tells his mother directly, “you are my momma. This is my wife. I don’t have anybody if you’ll ain’t with me. He tells them that he needs them to show him that they love him and calls out his mother for not showing up for him and his wife. “Because you don’t have nobody, you should support this even more. Because you know I want somebody.”

Scrappy goes on to explain why he’s so in love with Bambi. He tells Momma Dee that because she raised him in a “whore house” and a “trap house,” all he knew was pain. “I loved you ’cause you held it down,” he says, but tells her that she does not understand what he went through not being able to go into his own room because of the activities taking place.

“You never had to walk in on mf’s with dope. Because of the way I was raised I had to deal with that.” Scrappy starts fighting back the tears while Erica Mena and others turn away to hide their hurt expressions.

Scrappy says that he never got help for the trauma and how he had to learn to cope as he got older. Scrappy goes on to say that both his wife and mother are “hard,” and it makes it difficult for him to turn to either one of them. Spice, Karli Redd, and several others can be seen wiping tears as well in cutaways as the conversation gets more heated.

It is not all bad, however, as Scrappy does thank his mother for investing in his rap career early on. “I love my momma, and I love my wife.” The mother and son embraced at the end, and it seems like things are off to a better place now.

Momma Dee has since responded to the viral clip with a photo of her and her children, saying, “a mother’s love for her child is like nothing else in the world. Fans supported the family, saying, “I’m glad they had that convo, I hate it had to be on tv, but a lot of people probably related.”