Looks Like Lori Harvey Has Already Replaced Michael B. Jordan, Model Spotted With An Ex 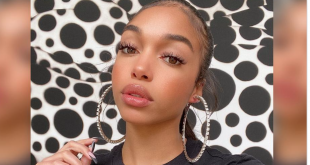 Lori Harvey is out here living her best life. The Harvey heiress is the it-girl when it comes to social media and red carpets. Men love her, women admire her, and the media cannot get enough of her and digging into her personal life. Understandably so, as Harvey has been tied to some of the top men in entertainment, from Diddy to Future and more. Mostly recently, she dated Michael B. Jordan for a little over a year before calling it quits. Outside of frequenting fashion events and looking gorgeous for the gram, it appears Lori is also getting cozy with an old flame days after MBJ took a shot at her on SNL.

This past July, we saw Lori Harvey and Michael B. Jordan go their separate ways after a little over a year of dating. The pairing did not shock many, as the two are very attractive and desired by many. Lori had come out of some high-profile situations with men in hip-hop, and many were happy to see her score a “good guy” in Jordan. They made things Instagram official in January of 2021 and began hitting red carpets together and cranking up the “aww” factor with their cute posts. Lori’s stepdad Steve Harvey even commented on the pair, talking about how sweet Michael was and how good of a gift-giver he was for the holidays. People thought Lori and Michael would go the distance.

Initial reports surrounding their split state that they were both devastated and heartbroken. Rumors stated that they possibly had conflicting interests, with maybe one of them wanting to advance further while the other was just interested in having fun. Steve Harvey confirmed the split on his program and told audience members, “I’m Team Lori 1,000%. She’s my daughter. Things happen. It’s hard to be young and in the limelight and have a successful relationship.”

While Michael seemed to focus on work and throw himself into completing Creed III, Lori sat down with her gal pal Teyana Taylor to discuss relationships and made some comments many deemed to be geared towards Michael. Harvey described relationship “red flags,” including a man being “too close to his exes.” She also told Taylor that she was in a space where she did not want to compromise her peace and happiness. “Don’t give your power away to anybody is the key to truly being happy in or out of a relationship,” she added.

While she never named names, Lori’s two most public relationships have been with Michael B. Jordan and Future. While Michael does not have a history of being toxic, Future definitely does and could be the guy that was too close to his exes. They dated shortly after she split with Diddy, from the end of 2019 to August 2020. During their union, they posted up in Jamaica for her 23rd birthday, and Future declared her flawless on an IG story for NYE 2020. The duo would eventually unfollow each other, and it was unclear while they split.

Michael B. Jordan decided to be petty over the weekend and declare Drake and 21 Savage new album, Her Loss, the most relatable project of all time while announcing them on Saturday Night Live. While many called the dig a little low, Harvey might get the last laugh as it seems she might have rebounded with the king of toxic himself.

Sources close to the duo claim that Lori and Future have been spending time together in Miami and getting cozy. They claim the pair are not dating but simply “keeping each other company.” Future who’s worth a reported $40 million, reportedly just purchased a home on Allison Island worth $16.3 million, and Lori has been kicking it with him there. These reports could very well be true as Lori was recently photographed at the Chanel Resort 2022/23 Collection in Miami at Faena Beach.

Future famously said on the record “Maybach,” “Tell Steve Harvey I don’t want her,” last year. However, with Lori back on the market, he might want that old thing back. Future has been critical of his exes who have moved on to “nice guys,” just look at his vendetta against Russell Wilson. He’s gone on record calling Michael B. Jordan a “lame” and a “simp.” Did Future really get the last laugh this time?