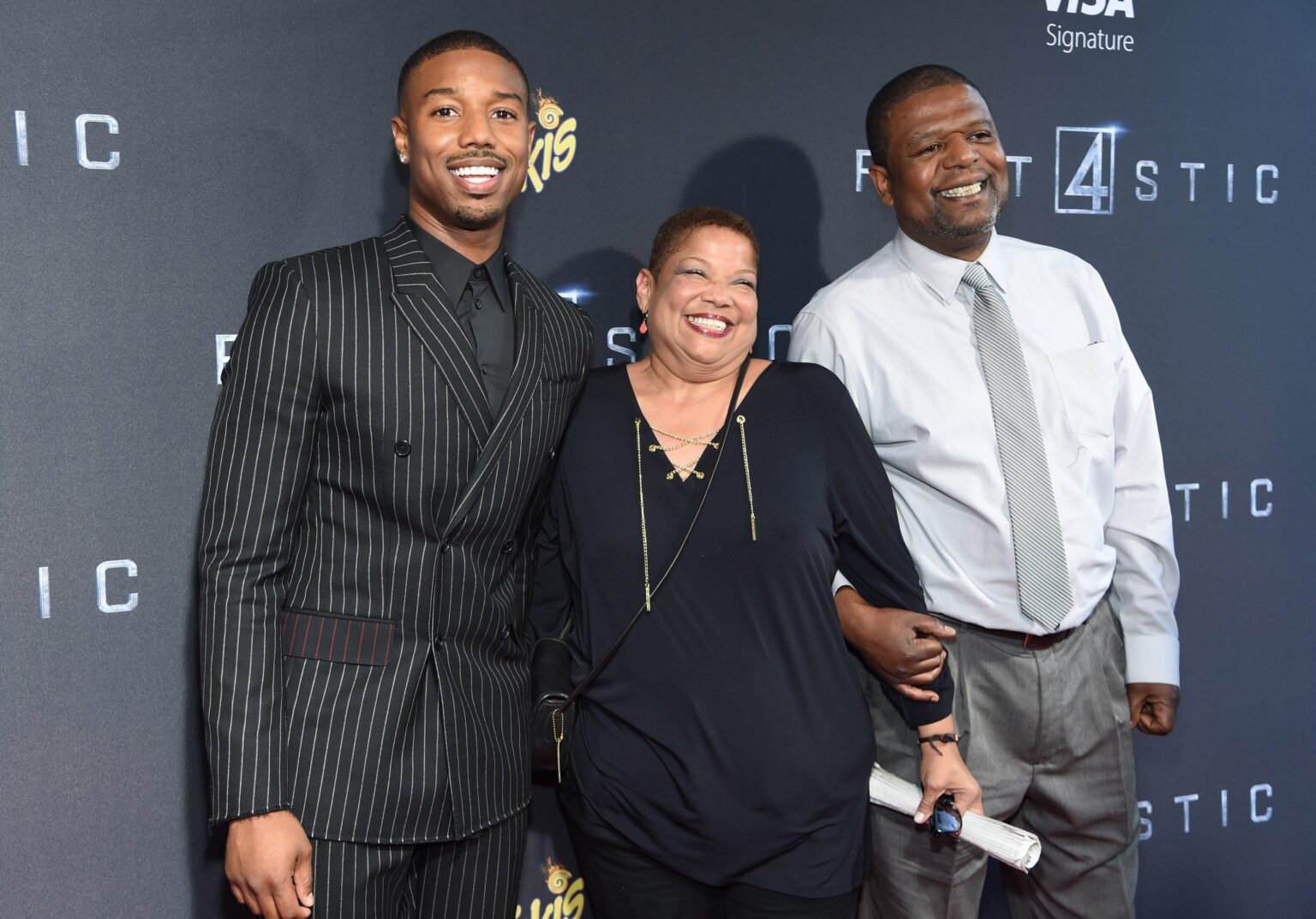 Michael B. Jordan is one of Hollywood’s sought-after stars, yet even after raking millions from the “Black Panther” mega-blockbuster, he continued to live with his parents.

Actor Michael B. Jordan gave Vogue magazine a glimpse into his family life at his home in November 2018. The insert clip from the outlet showed his mother, Donna Jordan baking his favorite rum cakes in the kitchen.

Michael used three words when asked to describe his beloved mom, saying she is nurturing and loving, and joked that, at times, was embarrassing. His father (whom he says is his hero), Michael A. Jordan, was taped outside the backyard grilling. The film producer described his dad as “strong,” “quiet,” and “thinker.” Michael shared that the best trait he got from his parents is compassion.

According to Realtor.com, the A-lister bought a 4,672-square-foot, four-bedroom Spanish-style mansion in Sherman Oaks, California, for $1.7 million in 2015. Therein he lived with his parents and told The Times that it was his dream to purchase a home for them:

“Look, it’s every kid’s dream, to buy their mom and dad a house. It was a bucket-list thing for me.” Michael admitted that it was an unusual dynamic as an adult living with his parents, but he loved that whenever he got home, he found “home-cooked meals.” He added there had been some awkwardness when he went to the kitchen at night “shirtless” and at times “a little naked,” but noted it worked for them:

“I love my parents, but we have a roommate relationship right now, which is interesting.”

“And they know it too, so it’s a balance, and about understanding where they are in their life and marriage. But you know, you have roommates, but they’re also your parents. And that’s a weird dynamic,” said Michael. Donna and Michael senior remained invested in their son’s life and career. The “Creed” star would host business meetings at the family home, and his father would come in with a plate of sandwiches, per Vanity Fair.

Michael A. has a bookshelf filled with black history and literature, including portraits of Marcus Garvey, Martin Luther King, and Malcolm X on the walls. His wife Donna has her artwork paintings featured on the walls too.

DONNA HAS LUPUS AND IS AN EMOTIONAL BEING

Besides making a home for her son, Donna is battling lupus, a chronic autoimmune disease. In September 2017, Michael junior hosted an inaugural charity event to raise money and awareness for Lupus LA.

The mayor presented the mother and son with a special proclamation issued by the city of Los Angeles in recognizing their efforts and commitment to the cause.

That same year, Michael had the first annual MBJAM created by him to create awareness for lupus with the involvement of family members and kids. When the “Just Mercy” star appeared on “The Off Camera Show” in May 2020, he candidly talked about his mom, sharing that she is an emotional person.

Michael revealed that whenever she watched some of his films where his characters die, she would cry over the storyline.

He disclosed that after she watched his 2013 movie, “Fruitvale Station,” where he played Oscar, she texted him, telling him not to leave her and that she missed him.

The California native said he had to calm his concerned mother down and reassure her that he was not going anywhere. Michael B. Jordan and Donna Jordan attend the Lupus LA’s Orange Ball: A Night Of Superheroes – Inside at Fox Studio Lot on June 6, 2015 in Century City, California. | Source: Getty Images

Donna is a doting mother who would do anything for her son, including breaking airport rules. When Michael appeared on “The Tonight Show Starring Jimmy Fallon” in December 2019, he revealed that his mom went the extra mile to ensure that he got to eat his favorite meal on Thanksgiving while in Germany.

“The Wire” alum spoke highly of his mother’s dish, sharing that she only cooks it a few times a year, on birthdays and Thanksgiving.

When Jimmy Fallon asked whether he had the meal that year, he said yes and explained how he eventually got to eat the food while filming on location in another country:

“Somehow, she found a way to sneak it, like through customs. And she got it to Berlin. I was in Berlin filming for the past three months, and I missed my first Thanksgiving, so she somehow figured out a way to get mac and cheese and her famous meat and mac to me in Germany.”

Michael A. Jordan and his wife Donna Jordan pictured at their Southern California home. | Source: YouTube/Vogue

Donna is a great cook and was once seen bringing her child a specific meal she cooked for him for lunch, packaged in a paper bag.

The Vogue footage showed Michael getting his food from his mother, and he shyly revealed that it was one of the perks of living with his parents.

THE JORDAN’S MANSION IN SOUTHERN CALIFORNIA Michael spent much of his time at home with his parents whenever he was free from work. The house, at first, was a modest tear-down on a corner lot.

A developer purchased the home for $710,000 in June 2013 and transformed it into a contemporary abode with 4.5 baths. The house also features a spa and a pool. The property has a white exterior and a gray and white interior with wooden floors. The kitchen features the same white and gray theme with silver appliances.

In one of the three garages, there is a workout room with equipment for the action movie star, which features a gray rug and a brown lounger. The mansion has French doors, and a big tree plant in the hallway, including a global map, hung on the wall in one of the lounge areas.

Michael’s study features a black and brown theme, with wallpaper on one side of the wall and two beige armchairs matching the sofa. However, “The Boondocks” star has since moved out of his parents’ home. He revealed that he now lived alone in his new place in an interview on the now-defunct TV program “The Ellen DeGeneres Show” in January 2020:

“It happened! It’s good. It’s nice. I‘m pretty sure they saged the entire house when I left. Like, they lit incense and bleached it down and got rid of all of me, and then I got a place.”

Michael divulged that though he finally left the nest, he still lives only 20 minutes away from his parents’ house – whom he is relatively close to – for convenience. “You know, Sunday dinner. Mom and dad, they cook,” said the Emmy nominee.