Michael B. Jordan Talks Casting Jonathan Majors And Their ‘Bond That’ll Last Forever,’ Why ‘Creed III’ Was Perfect Time For His Directing Debut 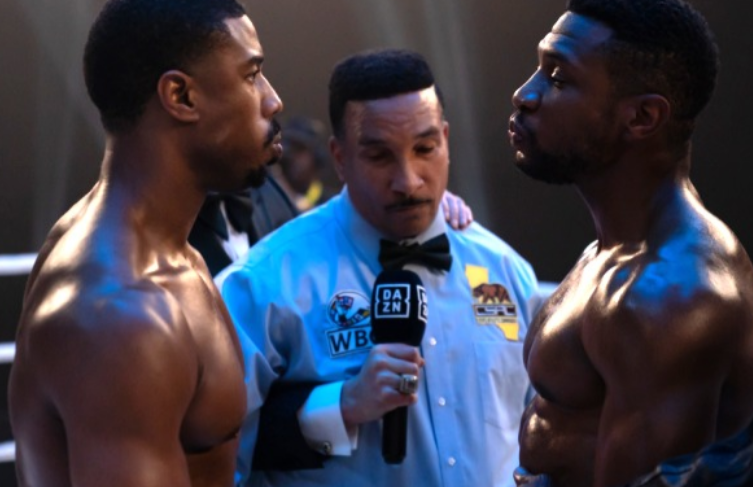 Creed III is marking a major moment in Michael B. Jordan’s career–and Jonathan Majors is along for the ride.

“I think for me it was the perfect time [for my directorial debut],” he said in a recent press conference for the film’s trailer that was attended by Shadow and Act. “I think growing up on set, in the industry over 20 years – I started out doing background work and extra work and just kind of just seeing the sets evolve, seeing everybody’s job, seeing how a real production’s storytelling took place. I finally got to this place in my career where I wanted to tell a story and not just be in front of the camera, not just execute somebody else’s vision.

The actor-director spoke about feeling as if he’s “lived” with the character of Adonis for eight years, having played him twice before.
“To be able to tell a story of where I believe Adonis is at, and also at 35 years old, I had a lot to say as a young man, as a young Black man, just my life experiences and how I could actually share that, share a piece of myself with the world – through these characters and through this story,” he continued. “So I just felt like it was the right time. I was talking to Ryan Coogler back when we were doing Creed I and he was just like, It’s never the right time. You just gotta jump in the deep end and go for it, you know?”

Jordan also spoke about the much-buzzed-about addition to the cast in Jonathan Majors.
“[He is] incredible. [I’m] very, very blessed and lucky to have him be a part of this story,” he said. “And for me as a director, just to have that running mate and have that scene partner you know, it made all the difference in the world. He showed up every day ready, ready to go to war, ready to work. Me and him bonded in a way that I never had an opportunity to. And I guess it’s my first time directing…[and]that relationship between director and actor–I really understand that now, and it’s a bond that’ll last forever. So just really lucky to have that gentleman by my side, you know, while I’m going through this process.”

Teasing Majors’ character of Damian, Jordan said:
The character Damian, [who] you’ll find out more about, but definitely a pivotal person and a pillar in Adonis’s life that kind of, you know, that comes back around and needs to kind of get addressed.”