Michael Strahan’s Daughter Isabella Walks In Her First Runway Show: ‘There Is Nothing Like Watching Your Child Succeed’ 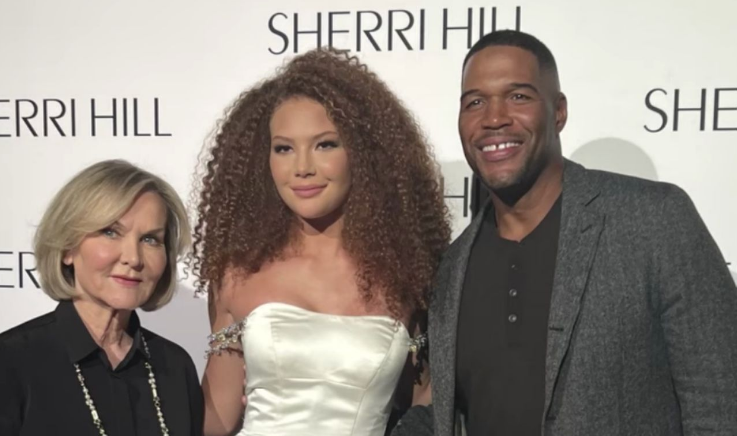 Michael Strahan is celebrating his 17-year-old daughter Isabella’s first runway as a model.

HollywoodLife reports that Strahan talked about his daughter’s modeling debut on Instagram, posting a video montage of Isabella with the caption, “Very proud of you, @isabellastrahan, for crushing your first runway this weekend for @sherrihill!!!! As a parent, there is nothing like watching your child succeed at what they love with a smile on their face!” He also added the hashtags #ProudDad and #GirlDad.

Strahan has mentioned his family before, but he rarely showcases them in photos on social media. However, when he does, he has nothing to loving things to say about his children, who he credits as giving him the best gift in the world: being a father.

In one post, he featured a picture with him and all of his children having a family day out.
In the caption, he wrote, “There is so much I am thankful for. There is nothing I am more thankful for than the honor of being a father to this group. My TEAM for LIFE!”

Also, in celebration of Tanita’s 30th birthday, Strahan posted pictures of her from childhood to adulthood.
The caption read, “On the left [picture], you were the first person I celebrated being drafted with. On the right, you are looking absolutely beautiful celebrating your 30th bday yesterday! Tanita, you gave me the greatest gift in life… being a father!…I love you and am so proud of you.”