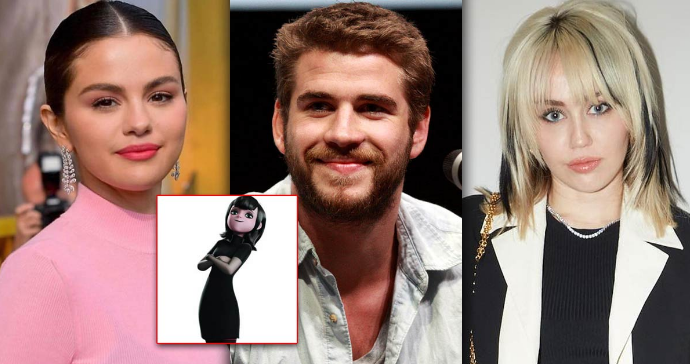 Miley Cyrus – who became world-famous as Hannah Montana thanks to her Disney show, is one star who never fails to make the headlines. The actress-singer, who keeps making the news for her unique fashion sense, wardrobe malfunction and statements, once spoke about her famous firings. Yes, in 2019, the pop star revealed that she lost voicing Mavis in ‘Hotel Transylvania’ to Selena Gomez. The reason? Her then-boyfriend Liam Hemsworth.

In a 2019 Twitter thread, the ‘Wrecking Ball’ singer got candid about the many time she was fired in her career – including losing the Columbia Pictures and Sony Pictures Animation film to the ‘Ice Cream’ singer. Read on to know the reason and what she has to say about all her past firings.

In a 2019 Twitter thread, Miley Cyrus revealed she lost ‘Hotel Transylvania’ to Selena Gomez for buying her then-boyfriend Liam Hemsworth a p*nis cake and posing & licking it. However, little did the former Disney star know that this would lead to her getting kicked out of the film featuring Adam Sandler as her father Count Dracula aka Drac.

Sharing the news, Miley Cyrus simply tweeted, “I got kicked off hotel Transylvania for buying Liam a penis cake for his birthday and licking it.” As per reports, this was the period when Cyrus was transitioning from her time as a Disney Channel star into a pop star and Sony wasn’t too keen on having the lead of its next family movie appearing in such mature imagery.

In that same Twitter thread, while taking ownership and responsibility for the past incidents of her life, the ‘Midnight Sky’ singer wrote, “I can accept that the life I’ve chosen means I must live completely open and transparent with my fans who I love, and the public, 100% of the time. What I cannot accept is being told I’m lying to cover up a crime I haven’t committed. I have nothing to hide.” Accepting that she cheated in relationships, did dr*gs and more, she continued, “It is no secret that I was into partying in my teens and early 20’s. I have not only smoked, but advocated for weed, I’ve experimented with dr*gs, my biggest song to date is about dancing on molly and sn*rting lines in the bathroom.”