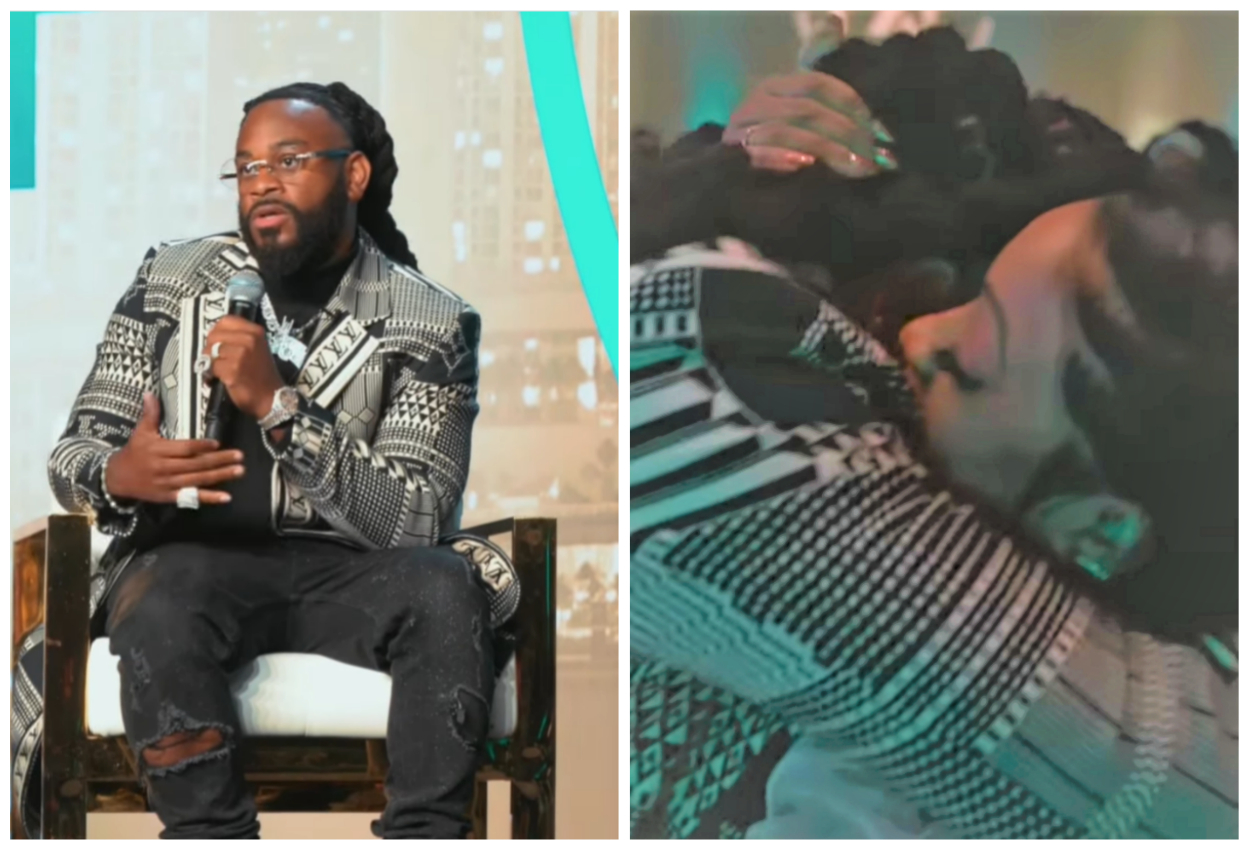 A Black married millionaire has gone viral after a video captured the moment he decided to jump off stage during a live interview to show his dedication to his wife.

Keenan Williams, known as Papichulo Dreaded on Instagram, became emotional while speaking on stage about his love for his wife. The couple came from poverty together before building a $20 million empire that has created over 50 millionaires, Hollywood Unlocked reports.

Williams ended up hopping off stage after being asked, “What would you do if you lost it all?”

“Ain’t nothing more important to me than loving life with the woman that gave me life when we was in low-income housing,” he shared in an Instagram post of the heartfelt moment.

“MY WIFE @LADY_LIVII AND I BEEN THROUGH SO MUCH THIS YEAR…”

“The fact that I get to roll over and see her and my daughters face as they sleep is another reason for me to get up and grind,” he wrote.

“The love of a great women created this 8figure earner,Best selling author,philanthropist etc I wouldn’t be here without her..Share Not just Black Love but Love in its purest Form ❤️ 🎥 @traefirstclass_productions”

His followers applauded him for not being afraid to celebrate his wife and life partner publicly.

“I love how Keenan truly loves & honors his wife ❤️🔥… Nothing but God,” one viewer wrote.

“Nothing but respect. Some will never understand this level of love. I know first hand,” said someone else.

Williams uses social media to promote his business and celebrate his wife and family.

Last month, Williams shared a testimony alongside his wife showing their journey of manifesting their rise as a family.

“We drove by mansions before we could afford to go look in one (POF) Me & @lady_livii our kids pick out houses while driving in the 2009 Nissan Altima,” he shared.

“NO ONE CAN TAKE THOSE MEMORIES AWAY FROM ME.”