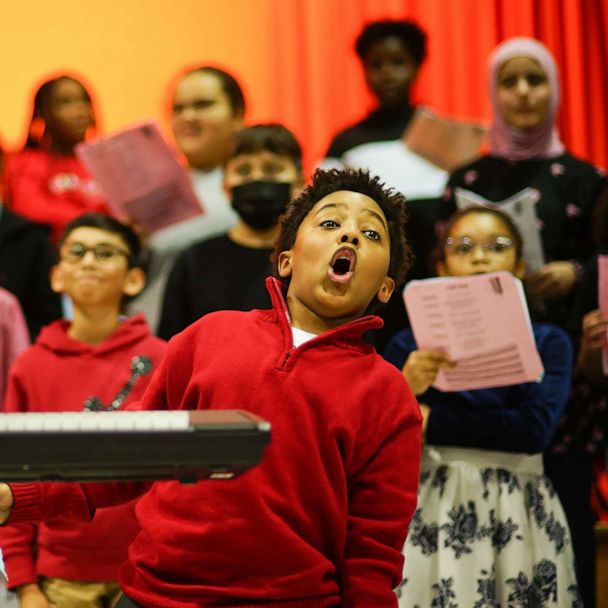 When Jennifer White-Johnson and her husband Kevin Johnson Jr. went to see their son Knox perform at his school’s winter concert recently, they didn’t know what to expect.

They knew Knox was scheduled to perform a solo so they had their cameras ready to go.

But what they saw stopped them in their tracks and White-Johnson felt compelled to share her 10-year-old’s performance with not just the world but also with the one and only Mariah Carey.

In a Dec. 13 tweet, White-Johnson wrote, “Timeline cleanse if you need one! Knox tonight at his 4th grade school winter concert singing @MariahCarey ‘All I Want For Christmas Is You’ #AutisticJoy on full display! My kid is everything! I hope Mariah sees this!!” 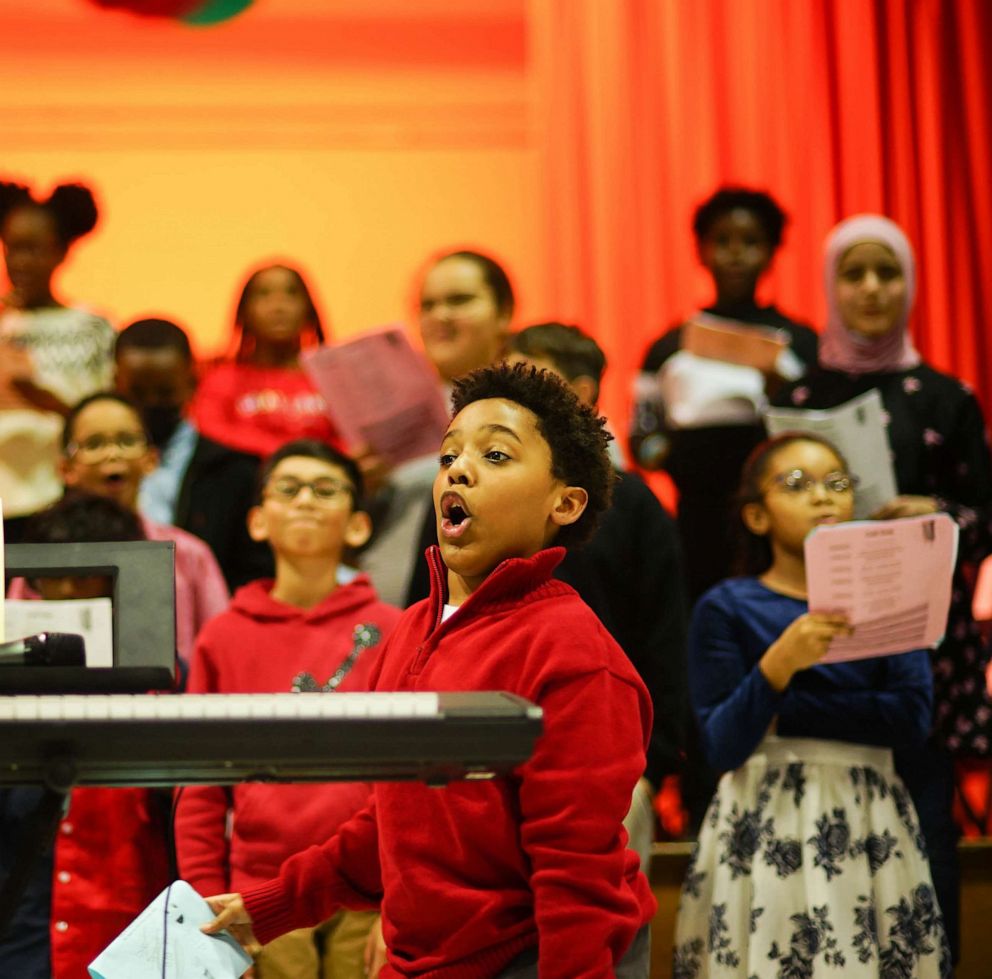 Kevin “Knox” Johnson III gave a solo performance of Mariah Carey’s “All I Want for Christmas is You” during his school’s winter concert.

Sure enough, young Knox’s performance caught the eye of the singer and Carey replied in a tweet the following day. “Your kid IS everything!!!!!! Knox, you made my day. Your JOY gives me and everyone watching JOY. THANK YOU for reminding me why I wake up in the morning and do what I do. I love you ❤️❤️❤️❤️❤️,” Carey wrote.

Casey’s personal note initially didn’t faze young Knox, according to his parents, but he eventually came around and then got excited that Carey said she loves him and his singing. He even shared a thank-you video message to the “queen of Christmas,” which White-Johnson tweeted as well.

According to his parents, Knox’s unrestrained singing is indicative of what they’re strived to instill in him – a sense of freedom and love. 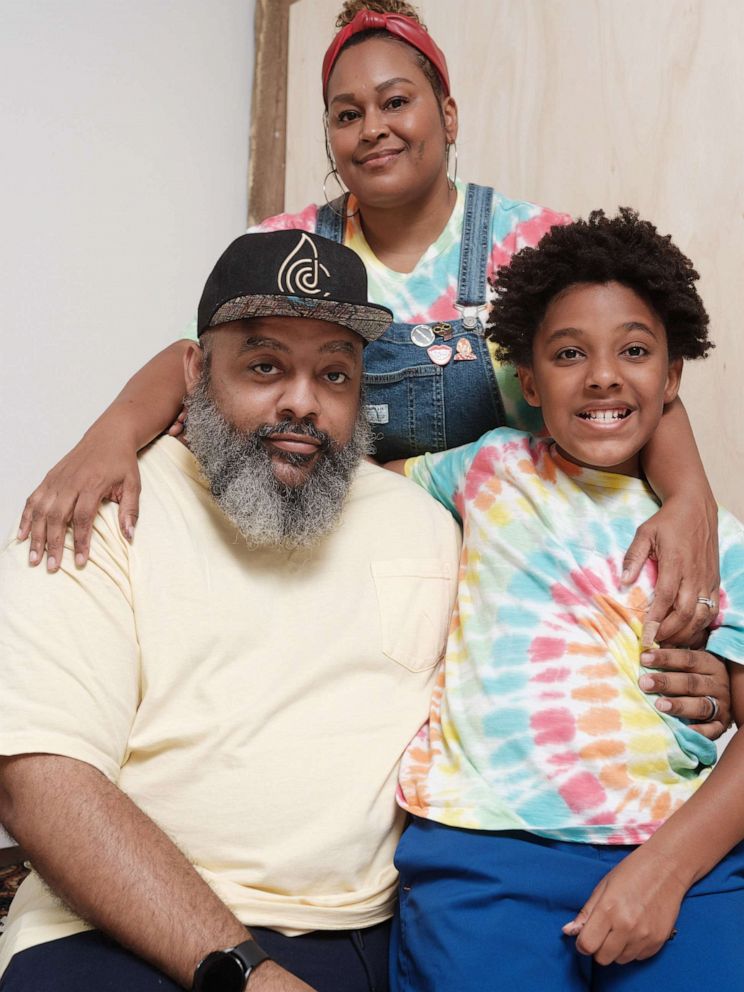 Jennifer White-Johnson and Kevin Johnson Jr. with their son Knox.

“We don’t want to shush our son and we don’t want to make it a point to say you’re being too loud when all he’s really doing is being happy,” Johnson said. “Even going further, with a Black autistic child, there’s certain expectations of what that child’s behavior is going to be like. I’ve even heard various people say that they’re surprised he can even emote to that degree because they didn’t think that young, autistic children could do that. And it’s like, well, he’s still a human being and he has feelings and he has emotions that he’s excited to share. And while he’s still navigating this kind of experience that he has, he knows that he’s free to explore what that means for him.” 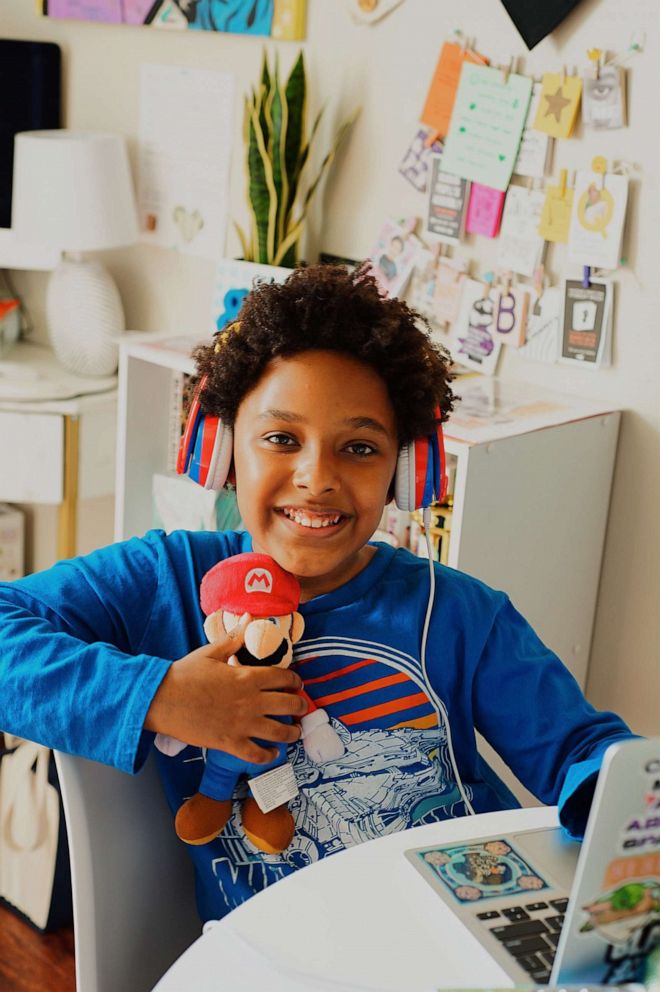 Kevin Johnson Jr. says his son Knox is not shy and oftentimes, is “very intentional about wanting to make everybody around him happy.”

The video has undeniably gone viral with over 315,000 views on Twitter and more than 11,000 likes and it’s a reaction the parents say they’re happy to see.

“We definitely want for people to take away what they’ve already taken, I mean, just a breath of joy,” White-Johnson said. “There’s already so much heaviness that exists and I feel like that’s why the video just kept spreading and it’s still being retweeted.” 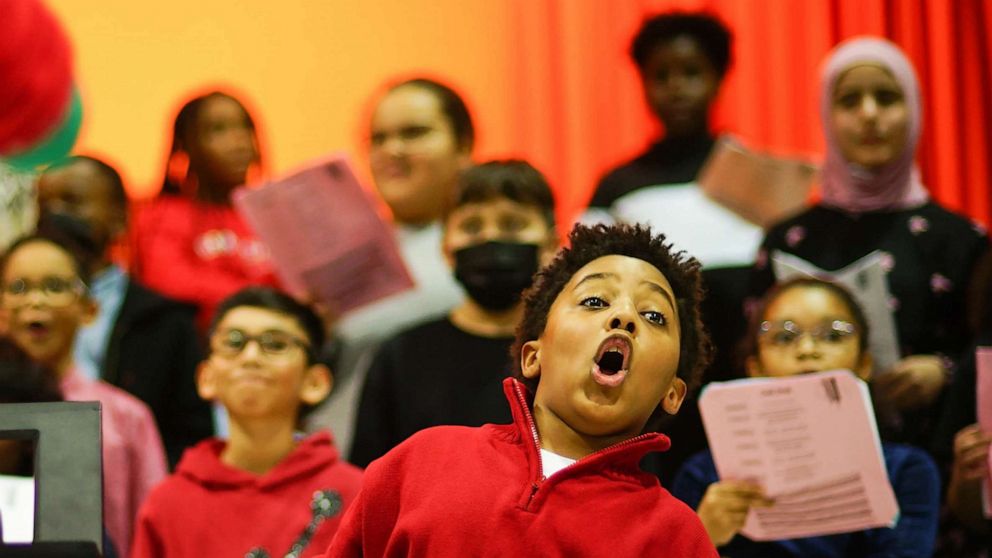 Kevin “Knox” Johnson III gave a solo performance of Mariah Carey’s “All I Want for Christmas is You” during his school’s winter concert.

White-Johnson also said she wanted to share the video specifically for the disability community to see themselves portrayed in a positive light.

“I really posted it for the autistic community and for the disability community to see, so that they can feel seen, they can feel reflected, they can feel uplifted, because the narrative is always very much placed on uplifting disabled folks after they’re gone or after they’ve been taken from us and I feel like it’s a very rare occurrence where we can uplift a Black and disabled child while they’re still very alive and well.”